Speer – the Colours of Autumn

Regardless of how you turn it around, autumn is coming and together with it the fantastic colours which makes it my favourite season of the year. The problem this weekend was that the weather forecast was pretty inconsistent. So I didn’t have any specific plans for the weekend. But as I was doing random things in my flat on Saturday morning I recognized that the weather was much better than expected. The sky was blue and the sun was shining. Initially it thought that the clouds would show up soon but it got even better by the minute. This is not acceptable! Sitting home, doing nothing! I quickly packed my hiking stuff and headed out. Where? Yeah that was a good question as I couldn’t be bothered to check any books. I wanted to go to a nice place where I could enjoy the day as much as possible. As it was already after 10 I also didn’t want to drive too far. So I eventually figured out, while already driving … cough cough …, that the Speer Mountain could be a nice destination. On one side of it there is a little road which allows you to get rather close to the mountain. Today, I didn’t want to break any records. I was in lazy mode. 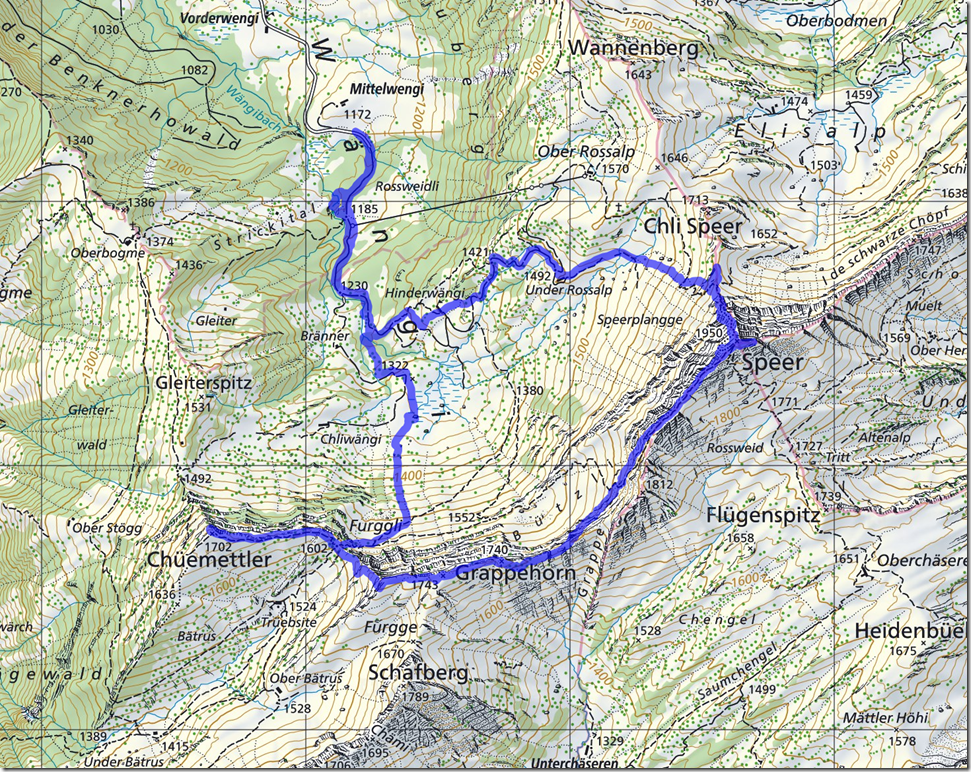 As I was approaching the destination I already figured out that my choice wasn’t too bad. 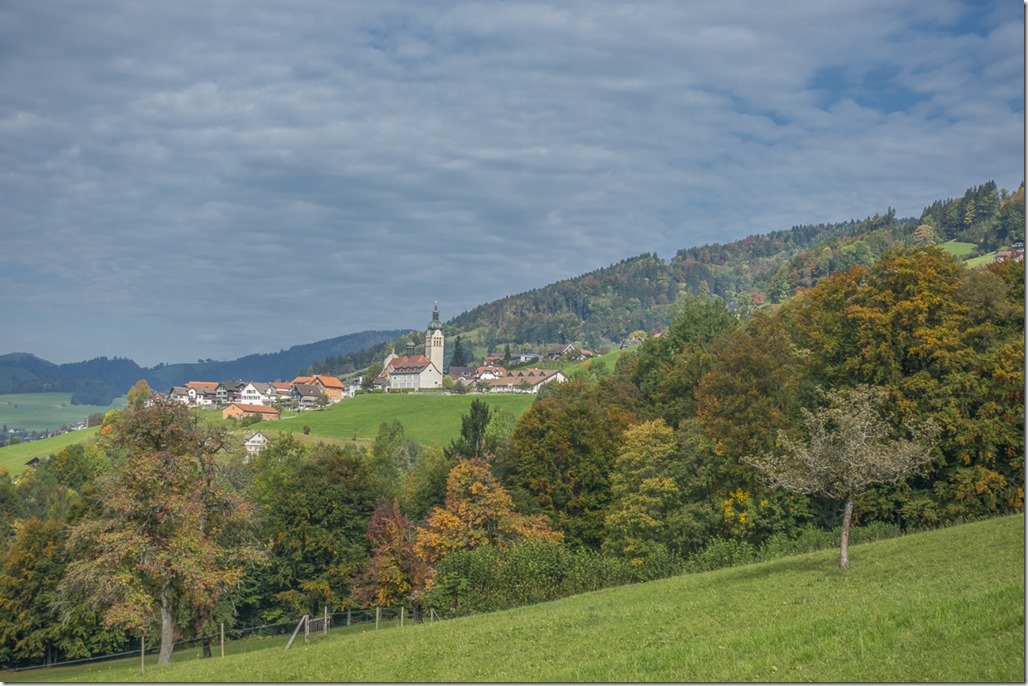 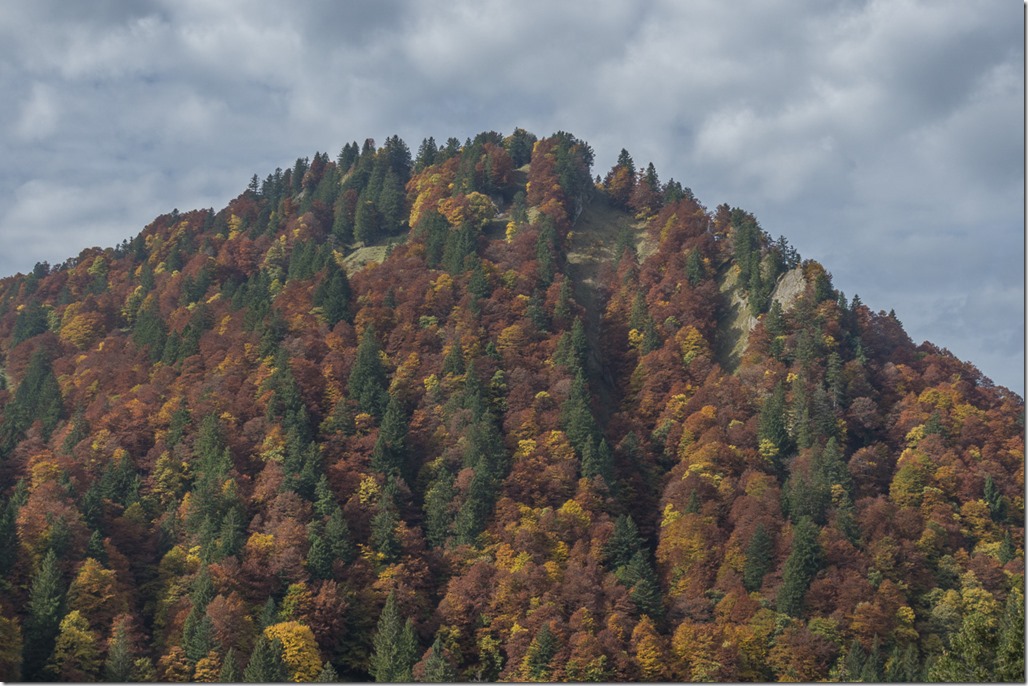 Soon after I was starting the hike alongside a small steam. 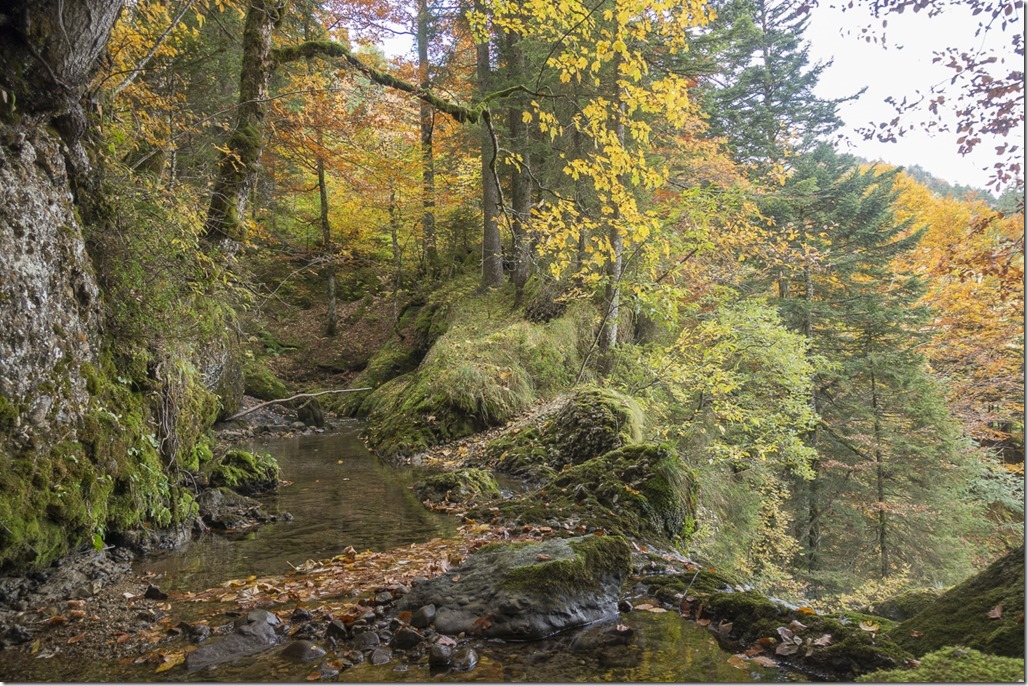 Having done no planning also meant that I was relaying fully on the map on my mobile phone. Too bad there was no signal but with the mountain just in front of me there were not too many possibilities to do something wrong. 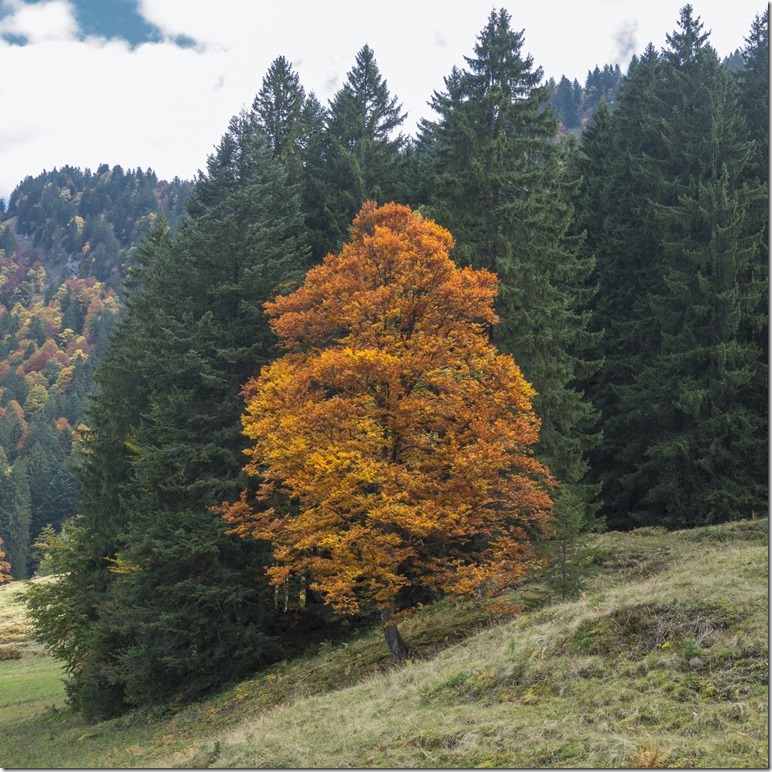 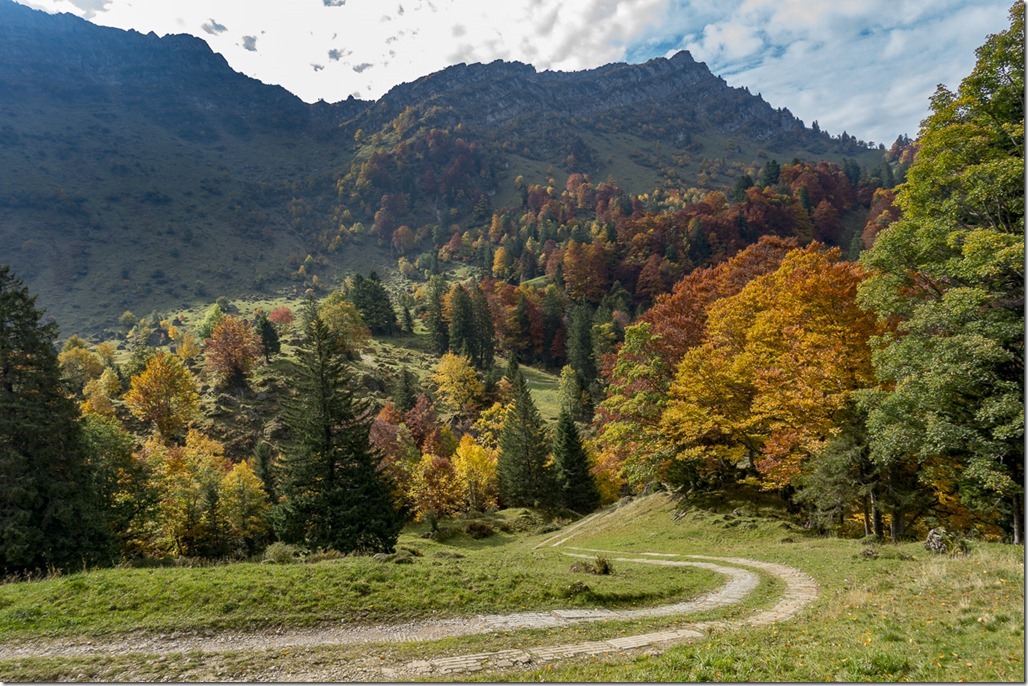 At some point I was leaving the trail as it was doing some unnecessary loops and I was looking for nice spots to take pictures.

The temperatures were very comfortable. 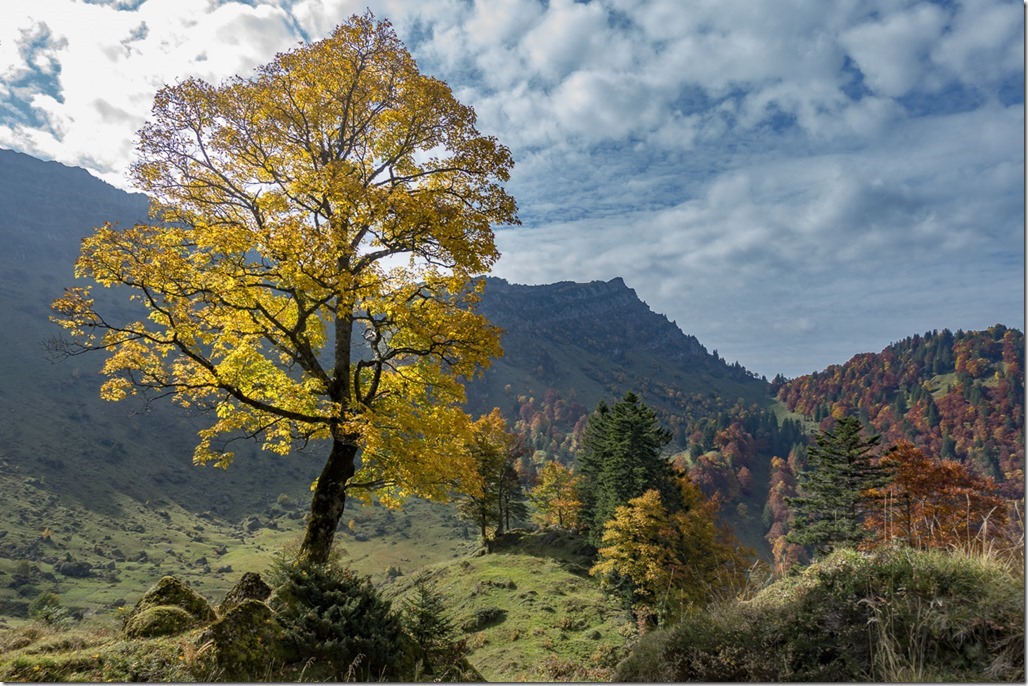 The Speer has an easy hiking trail on one side and a “via ferrata” on the other side. Guess where I was going up? Right, the via ferrata of course, except that I was trying to avoid the fixed rope where possible to have some more climbing fun. Eventually I could see Säntis which is less than 20 km away. 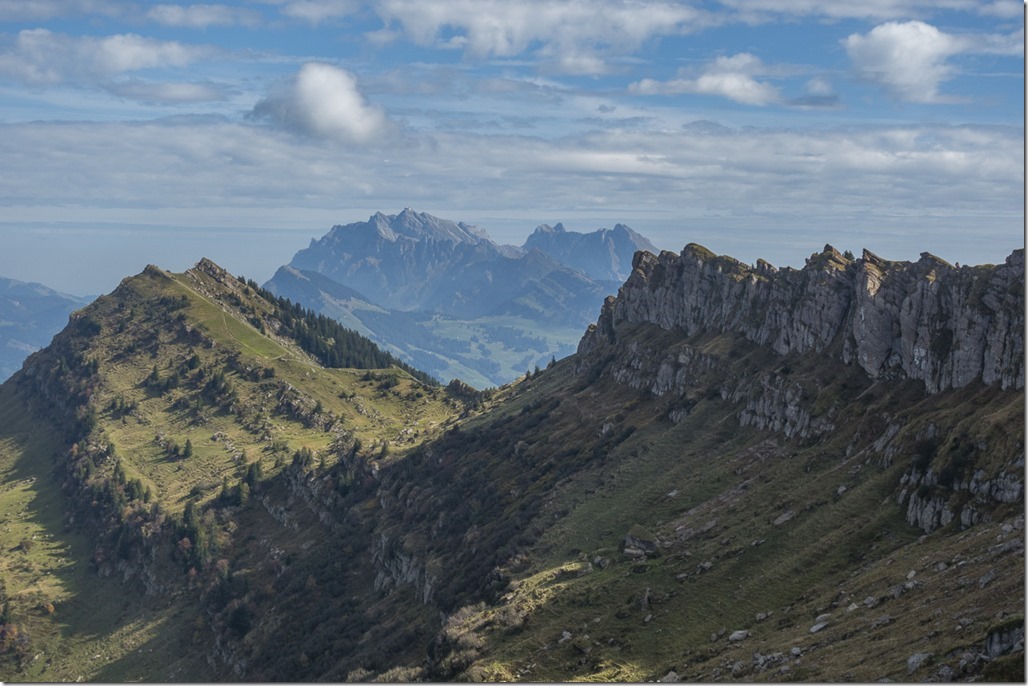 View down the trail. 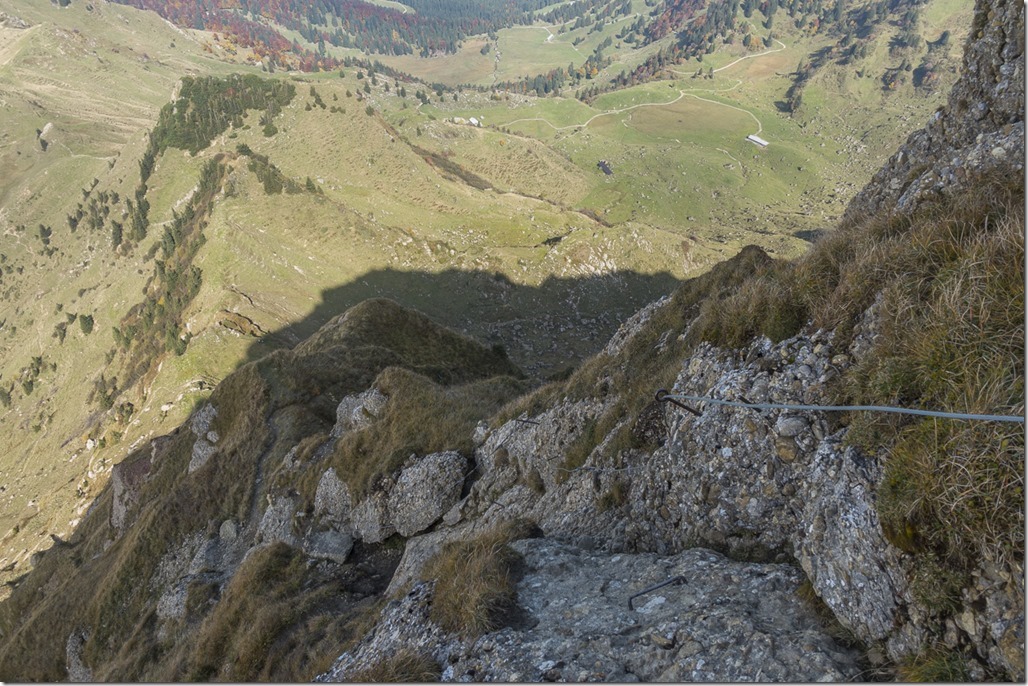 At some place I had to crawl to get through a very narrow passage.

Panorama with Säntis Mountain in the back.

The Säntis a bit closer but still a the same distance away. Looks like the snow which was falling earlier this month is gone again. Looks like Säntis is trying to lure me for a late Autumn hike. 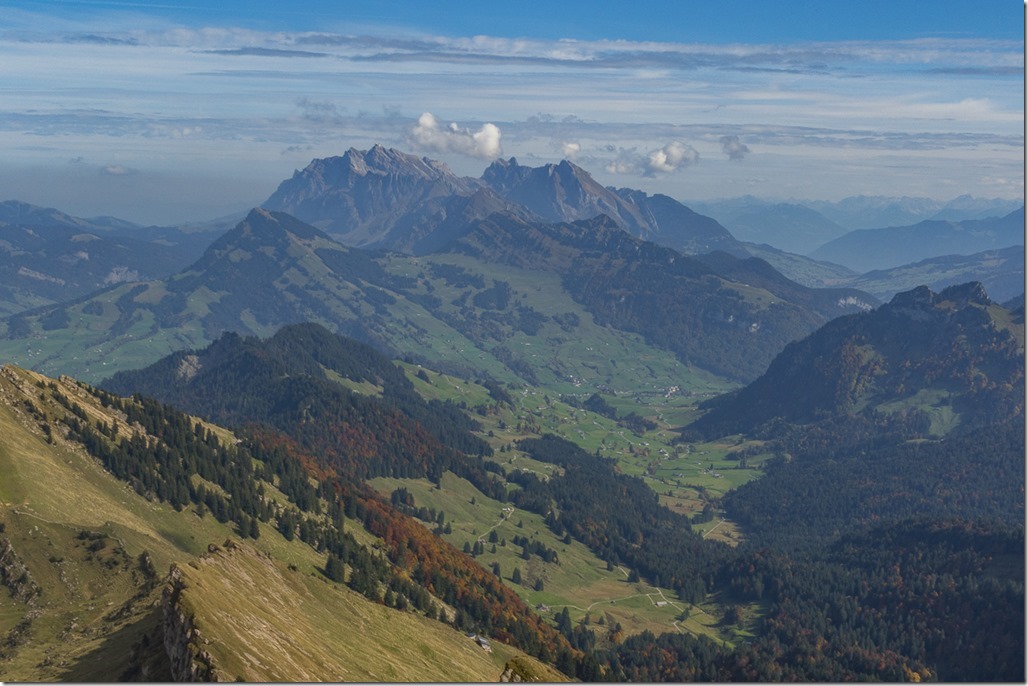 As the trail was not particular steep I didn’t pay much attention and was looking around all the time. Slip … caboom … and I was sitting in the grass again … again? … AGAIN! … maybe the forth or fifth time today. If I would continue like this I would be quite damaged at the end as with every fall you are getting a small little souvenir from mother nature

. So I decided to pay more attention. And I managed to get through the rest of the hike with only a minor fall which was an expected one while sliding down some very steep muddy section in the forest. Just for the sake of it: I wasn’t particular inapt today, it was just pretty slippery in the places which where in the shadows. 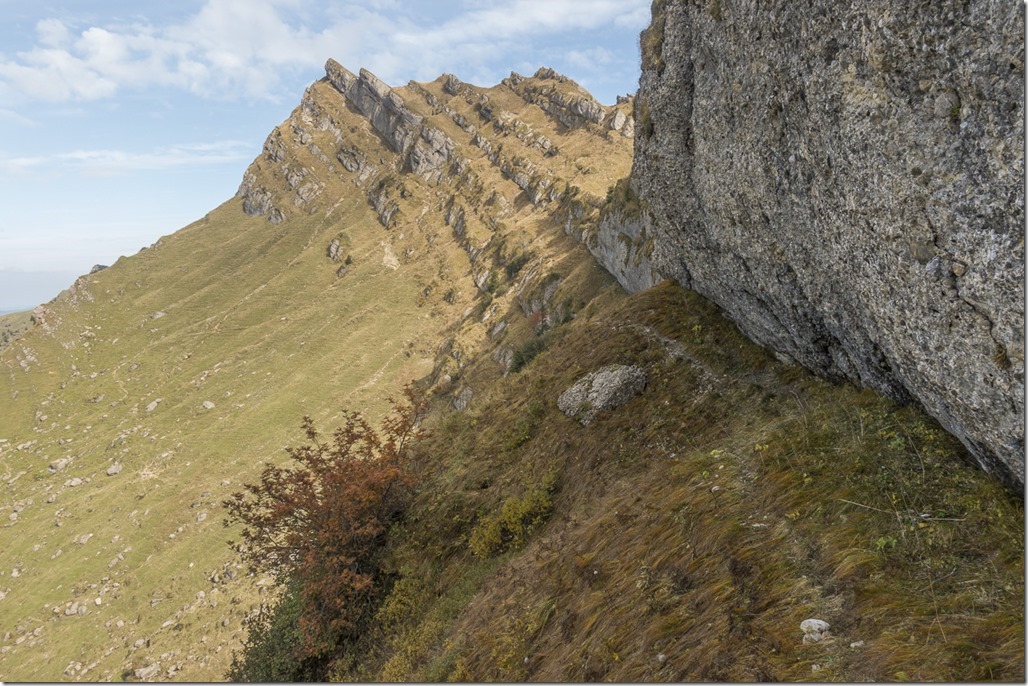 In the back you can see the Obersee and the Zürichsee and in the foreground the “Chüemettler”. This would be definitely a nice place from camping. 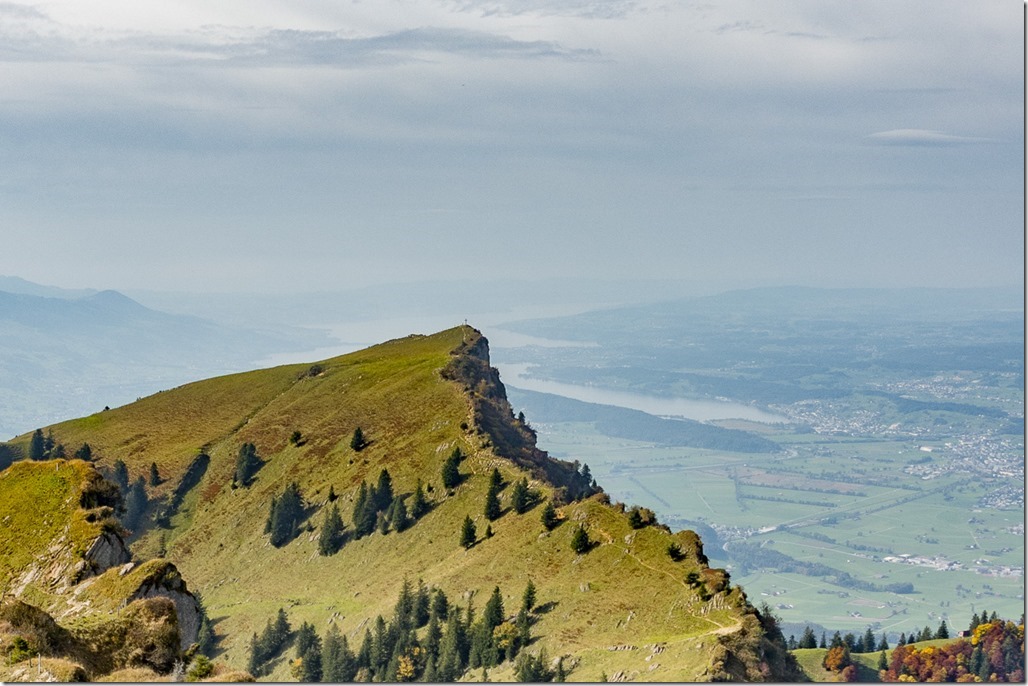 Slightly awkward position for a summit picture. One step to the back and I am down 30 meters. 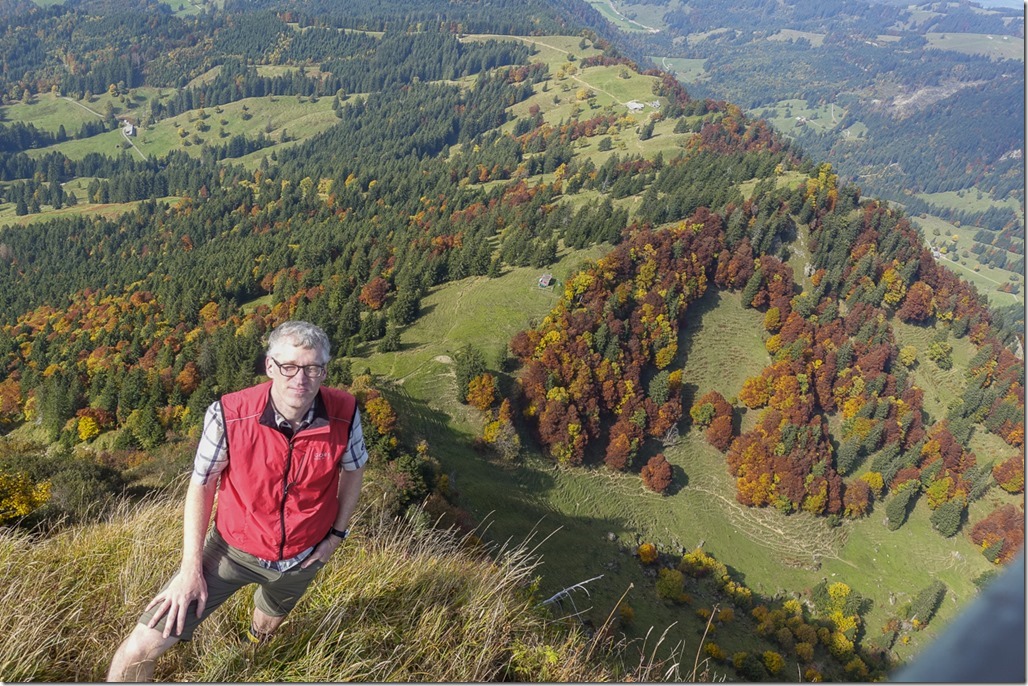 Panorama view of the whole area where I was hiking. And then I found “my” tree. Standing alone at the bottom of Speer, with its beautiful coloured leaves. 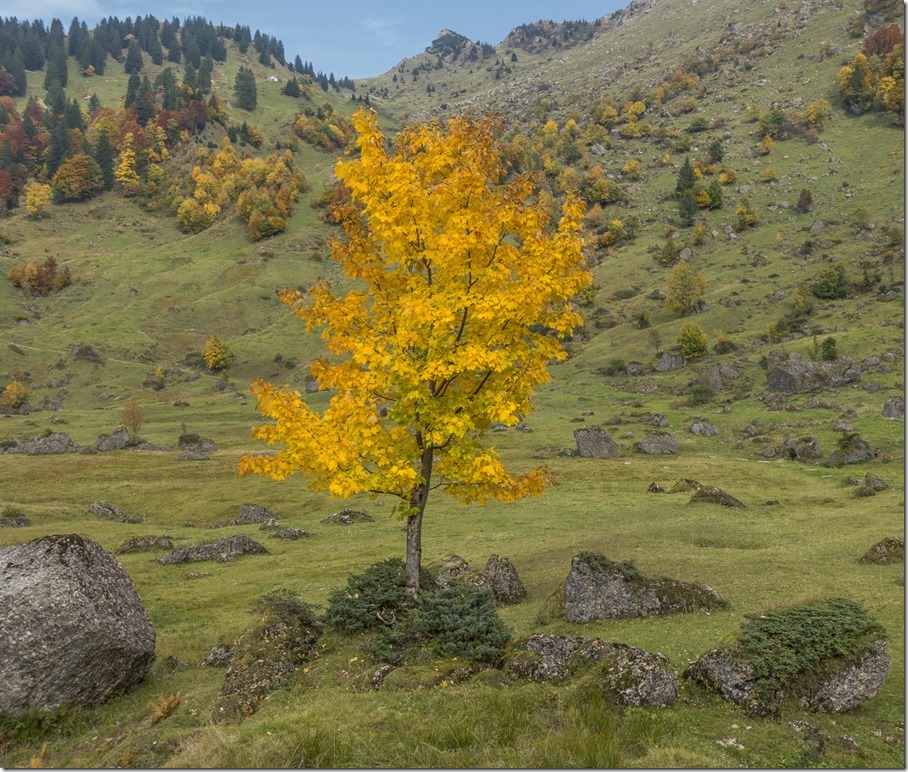 Speer in the back. The cows are obviously all gone and further down. You could just hear some bells from goats or sheep. 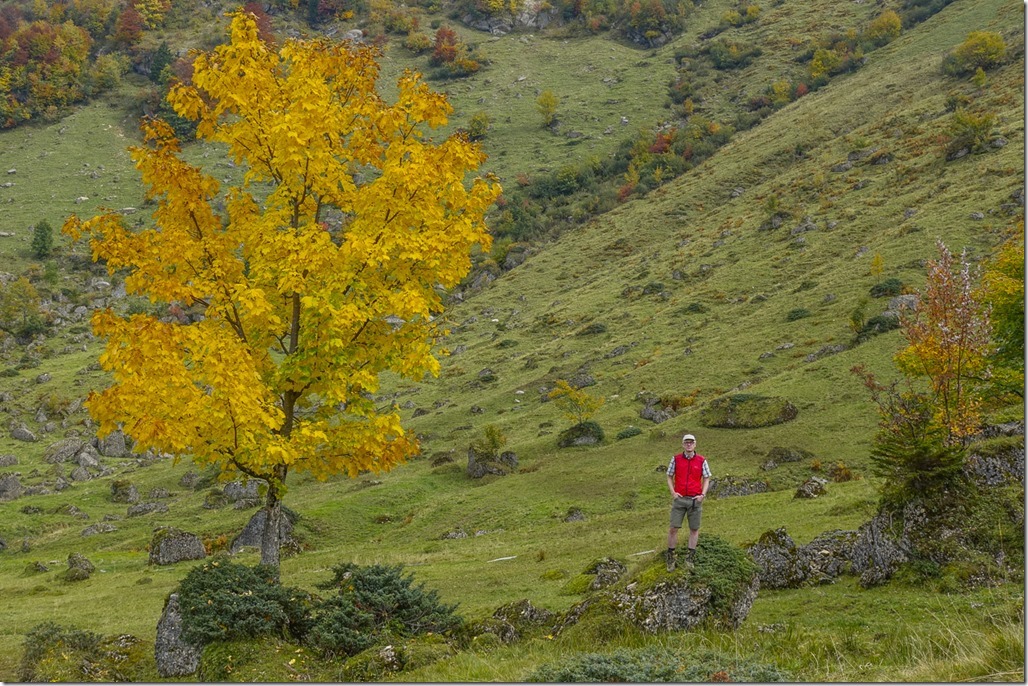 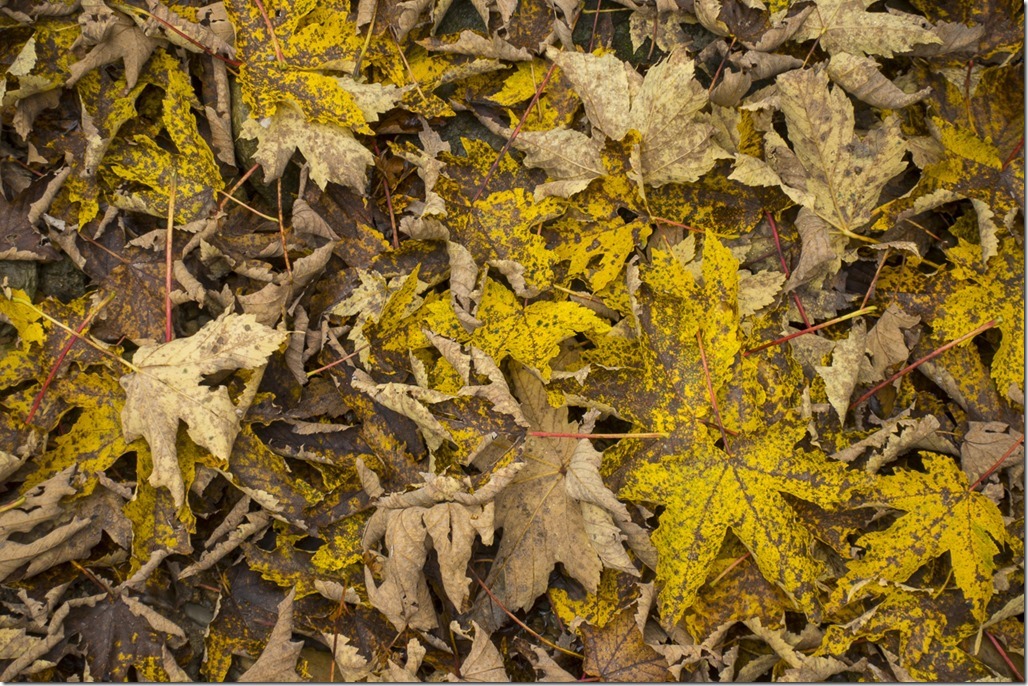 At the end of the hike I was following the stream. It had some nice falls here and there. If it would have been 30° I would have taken a bath. But it wasn’t. So I skipped that part. Easy excuse