Why miss a nice sunset if there is an opportunity? Initially I had different plans. But when I was approaching the mountains by car I could see that the recently fallen snow had not been melted by the sun and was still present above 2000m. At this time of the year this is usually coupled with lots of mud. Mud? Naa, not today! Instead of returning home I decided to stay for the night on the Niderbauen-Chulm which was close by and only a 30 minutes hike from the top of the cable car. 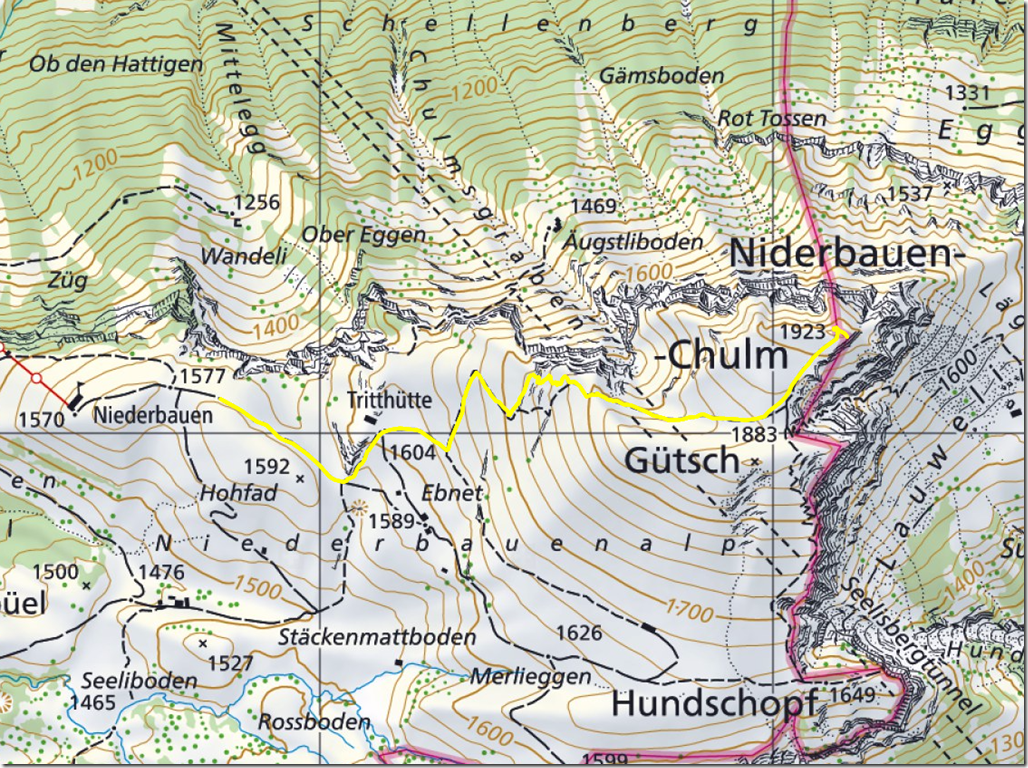 I have been here earlier this year. But now the situation is quite different. No cows around anymore, you can feel the approaching autumn. Nevertheless the temperatures were perfect and I even was thinking on changing to my short trousers. 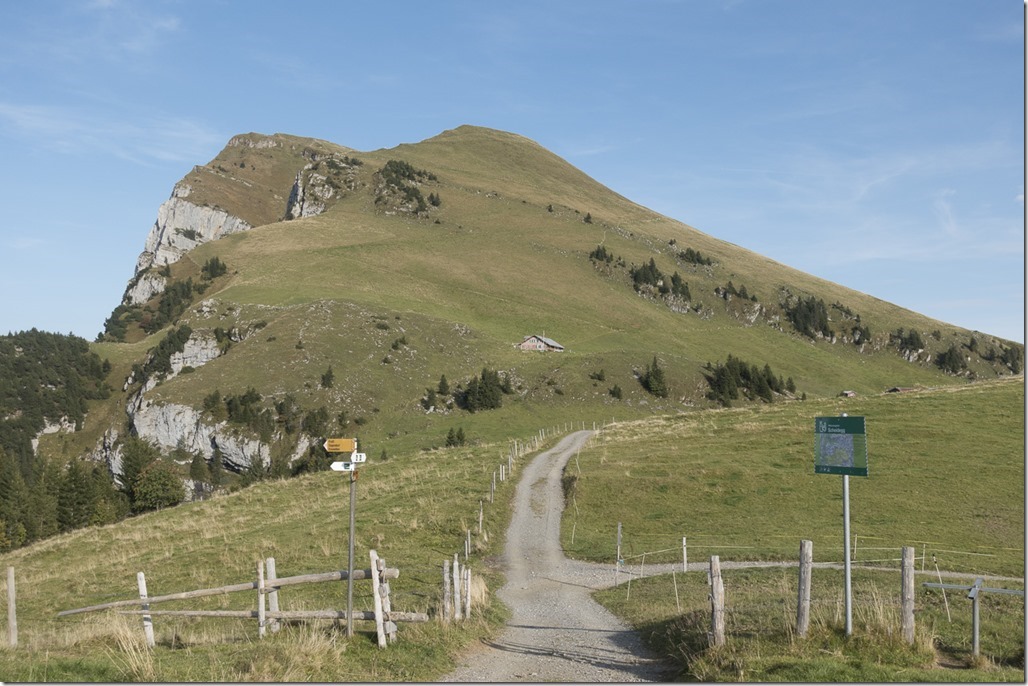 As I said the before, the hike was short. My backpack was heavy though since I had planed for two days. I even thought to drop some water but then again, those 2 kilograms would not have made a big difference. So I just did the mind trick and imagined that my bag-pack was 2 kg lighter and continued. 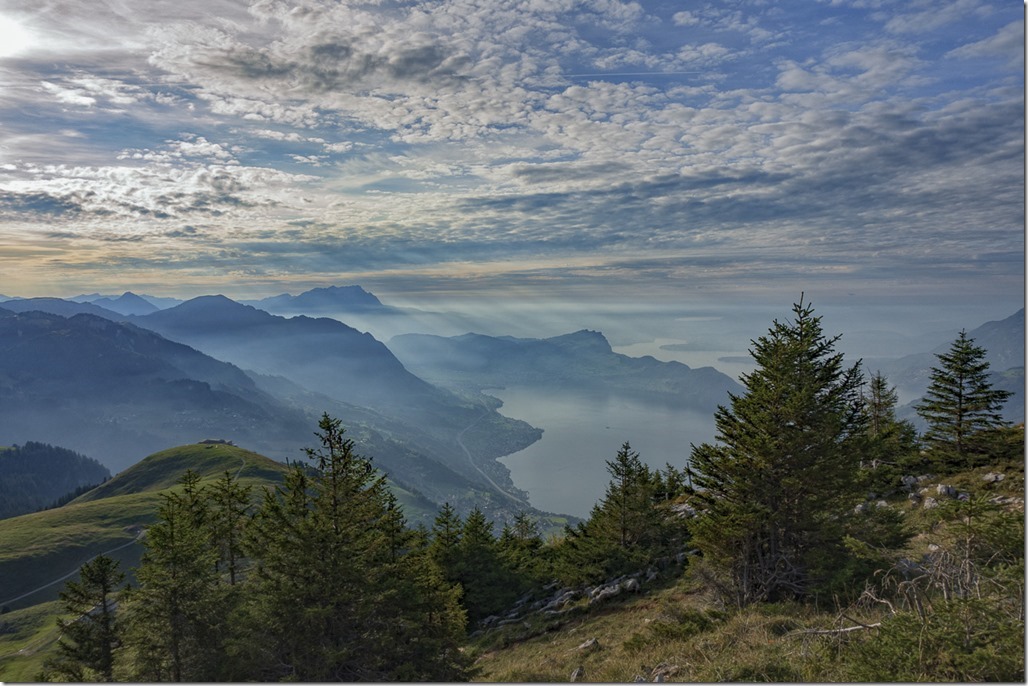 Here you can see the snow already covering the higher mountains. 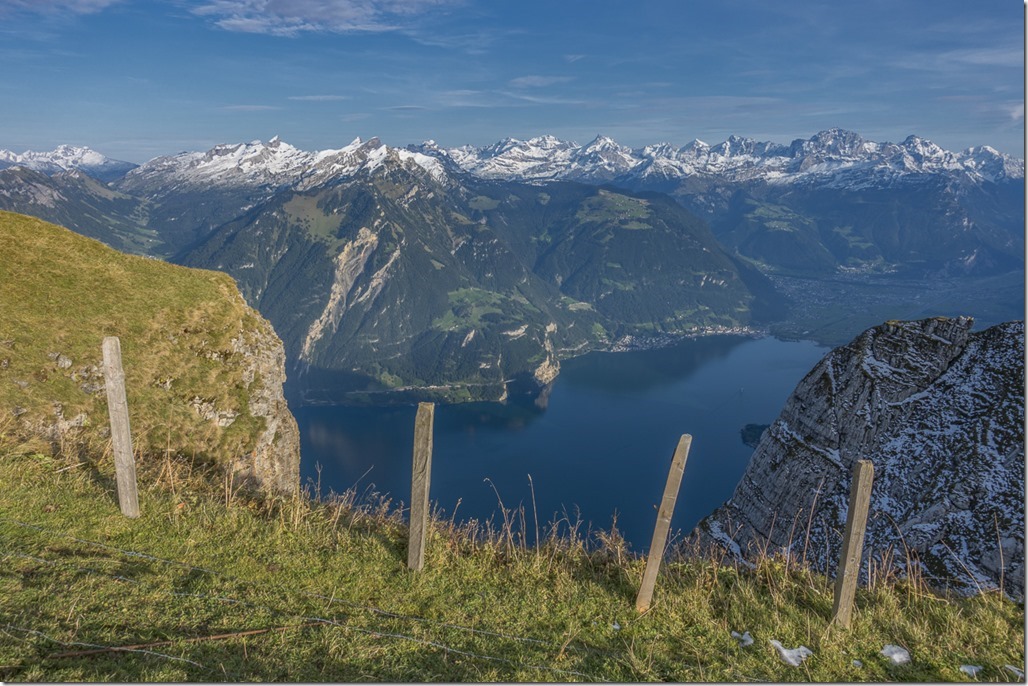 The “Urner Lake” is already in the shadows. 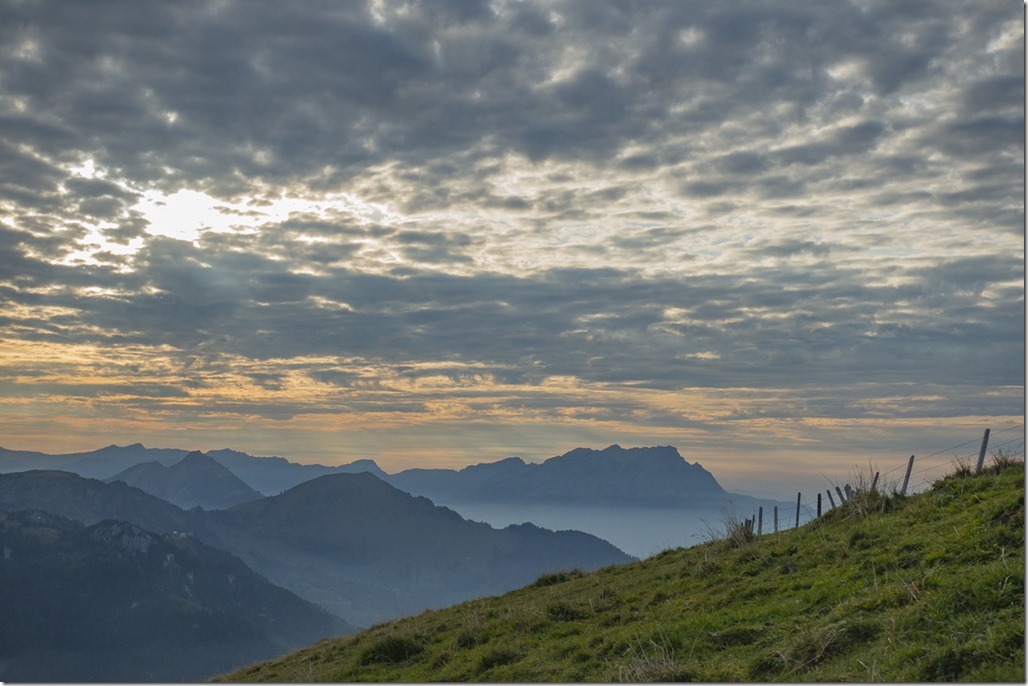 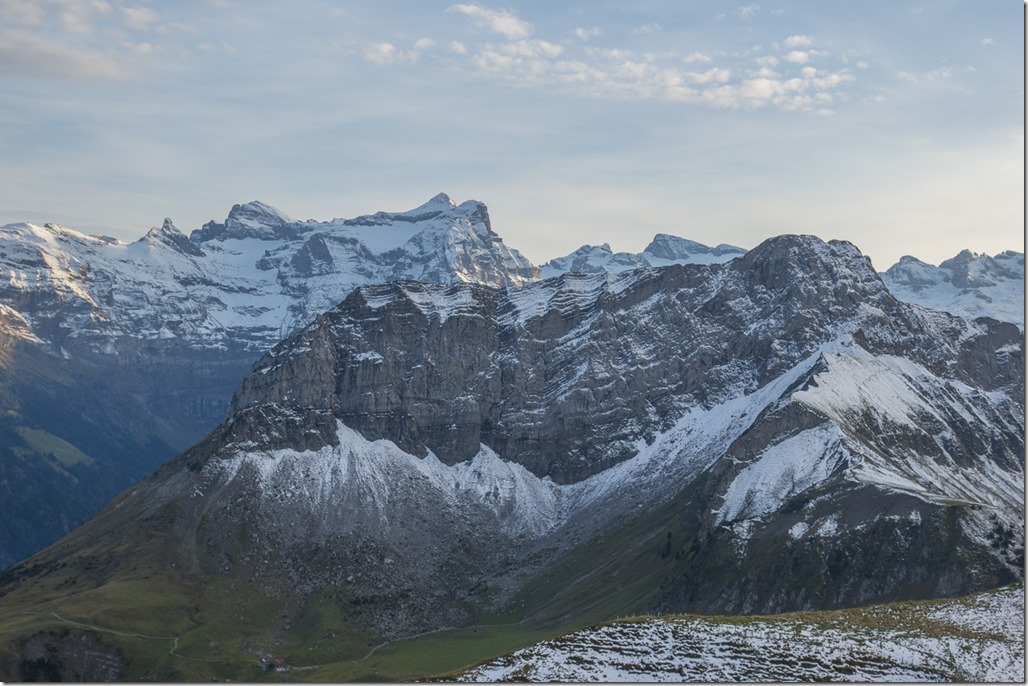 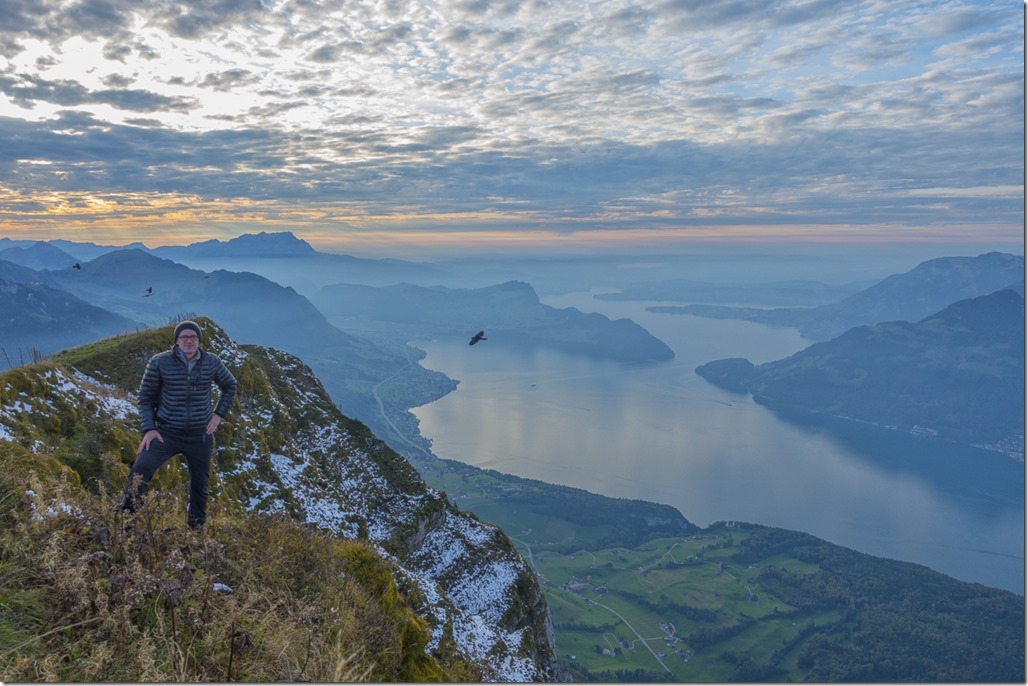 I got company! Not that they were particularity interested in having a deep conversation about the meaning or the recent discovery at CERN … … they were more interested in sharing the table with me. 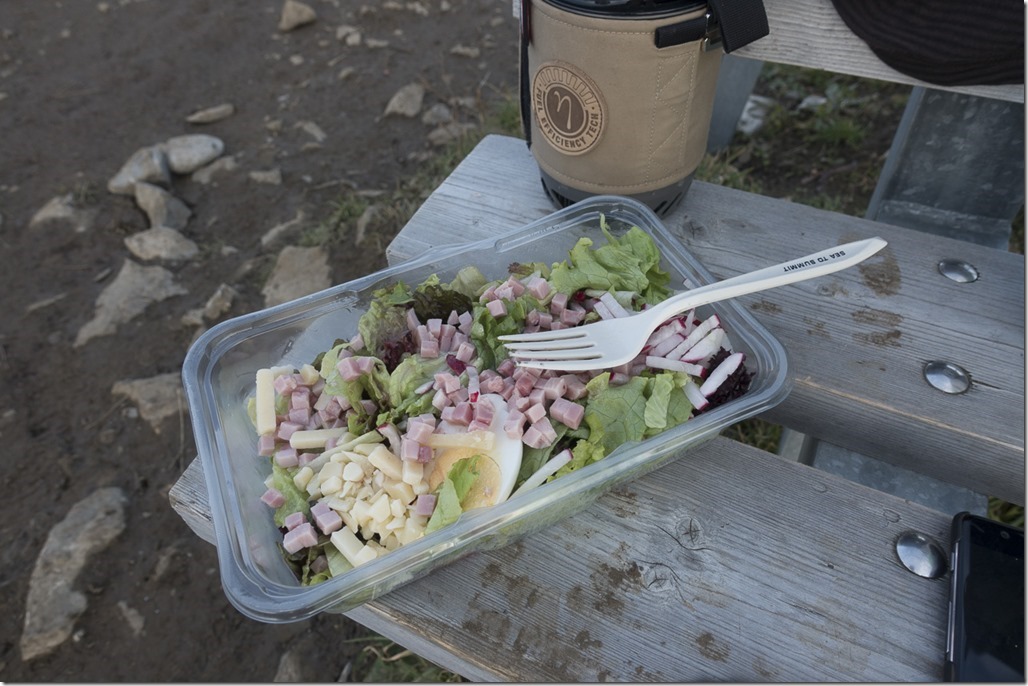 The sun was slightly covered by clouds, which created some rays at times. 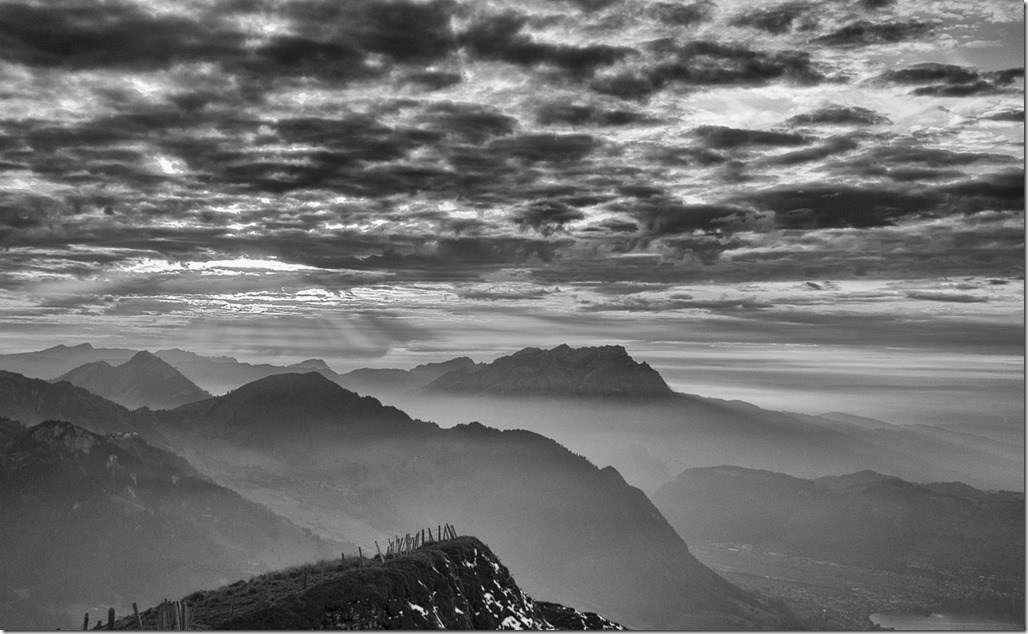 The sun is slowly approaching the horizon 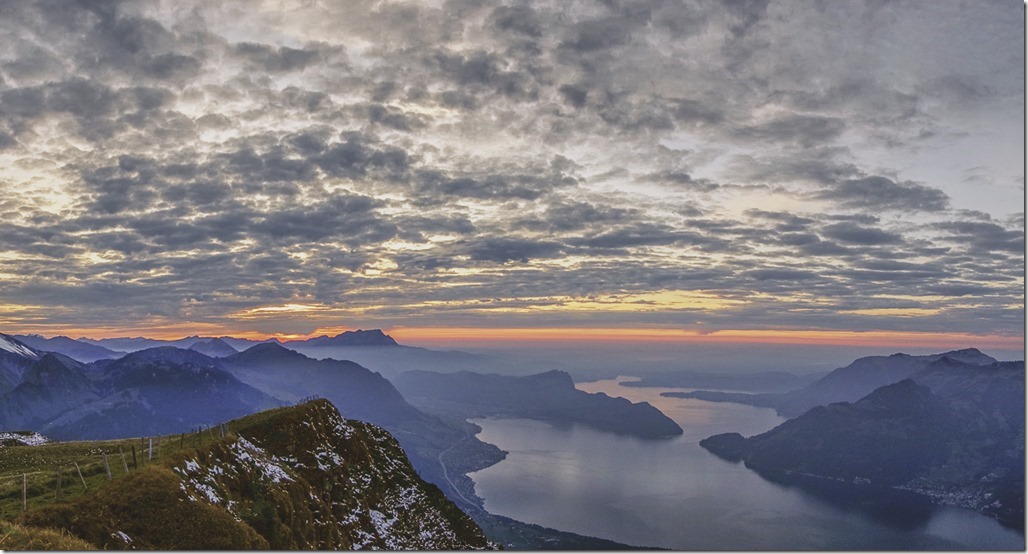 There was a small band not covered by clouds. So the sun could wave goodbye and wished a good night.

Time for the second (and final) course. 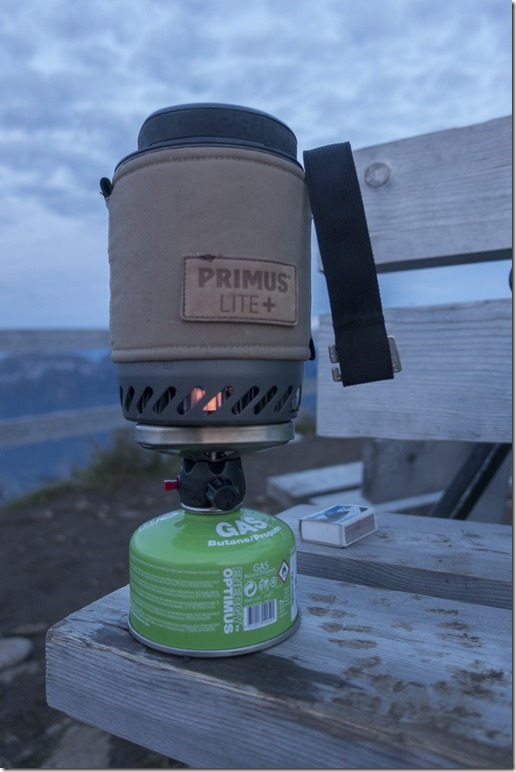 The lights around the lake are already visible with Luzern in the far distance. I also had my mobile grill with me. This time it was not to cook but just to have a nice fire. 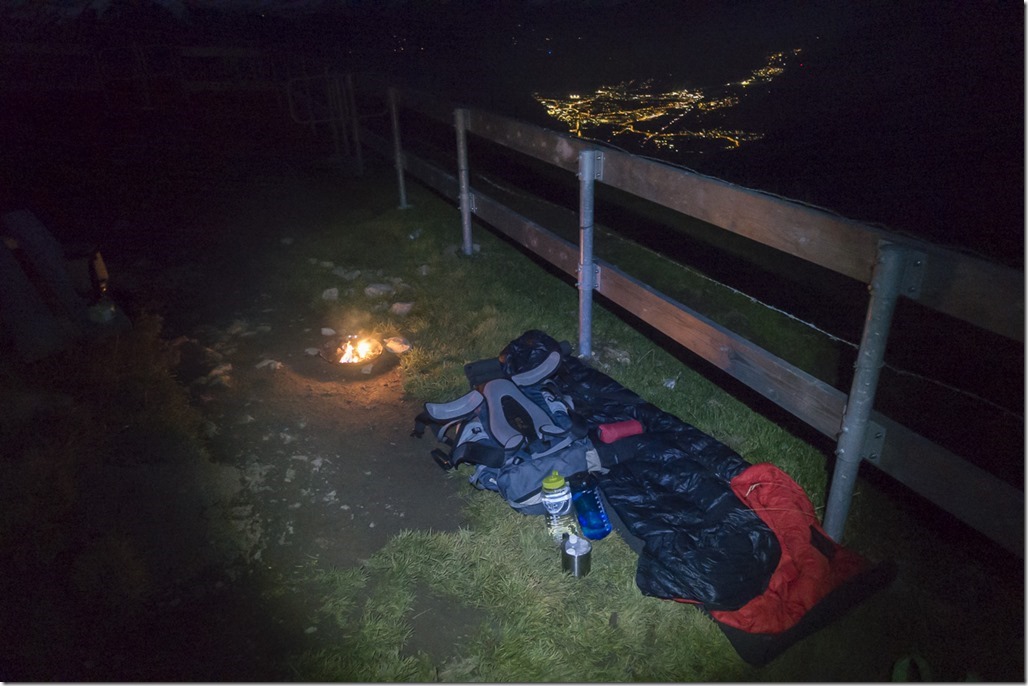 On the following picture you can see the lights of Altdorf which is reaching me in 0.000033 s and the light of the stars of Orion which has traveled between 250-2000 years. The sun was preparing for the new day. I like it when you can see multiple “layers” in a picture. The night was not especially cold but the fire in the morning was something nice nevertheless. 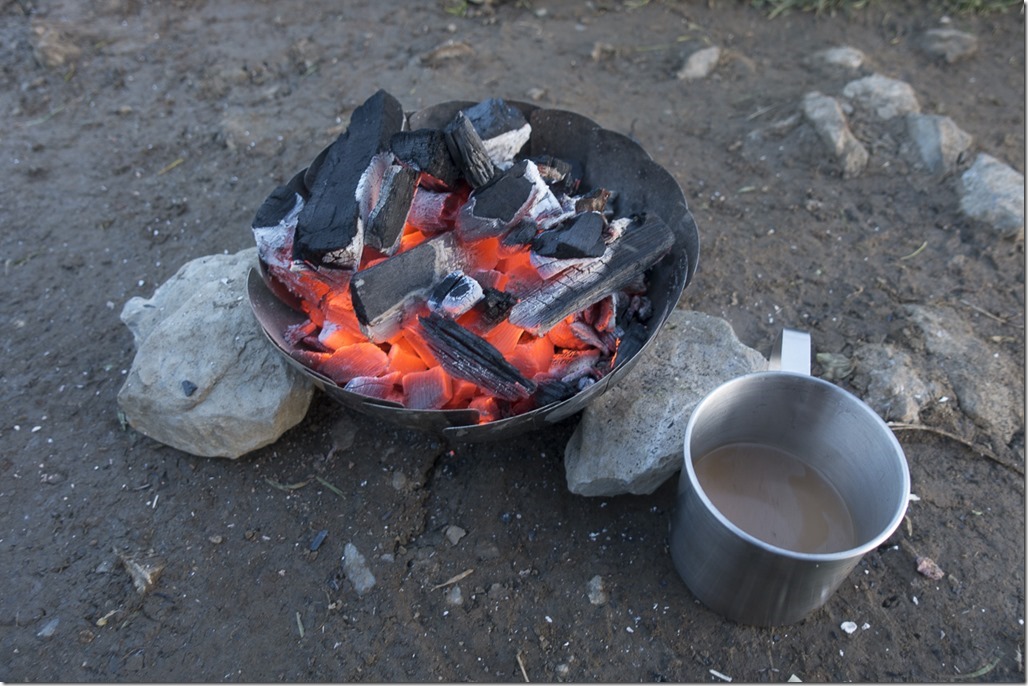 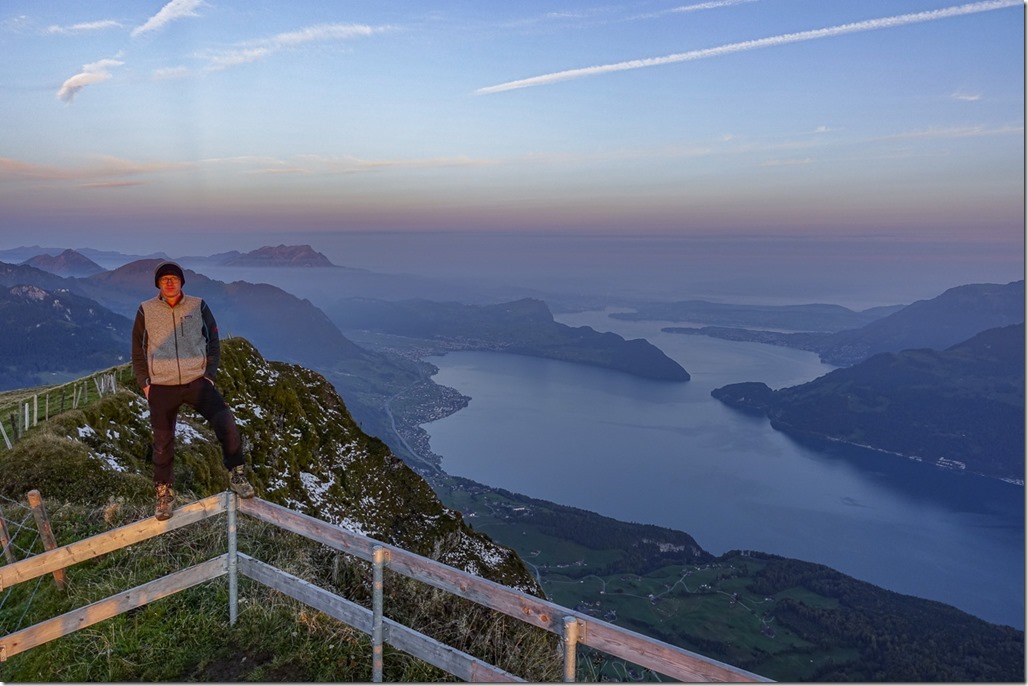 Early bird in the sky in from of the Mythen. The small lake below was covered with fog which will probably go away during the day. On the way down. In order to do something I decided to hike down to my car instead of taking the cable car again. 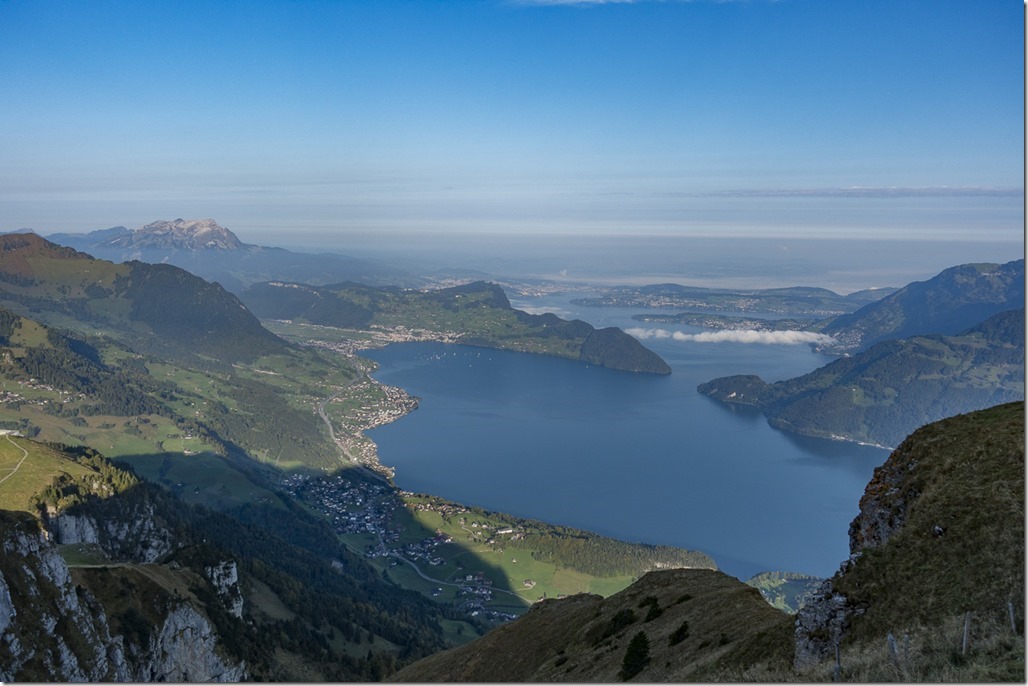 Today was the official day when the cows were brought down from the mountains. This is usual some kind of festival. The cows which produced the most milk are decorated and get a much bigger bell for this event.