On Friday I wasn’t in the right mood to do some planning for a weekend activity so I decided to just hang around and not do anything meaningful. That do-nothing plan still looked perfectly doable on Saturday morning when I got up. Ok, i didn’t intend to do nothing, just nothing outside and nothing worth mentioning. The reason that I nevertheless need to mention the particular uninteresting things I did on Saturday morning is just driven by the fact that it led me to do something outside, maybe even worth mentioning. On Saturday morning I wanted to migrate a website of a friend of mine to a new server. This 10 minutes job turned out to be super tricky as the website was using some super old framework dating back to 2001. I was trying to get it somehow running for more than 3 hours until I finally decided that all my migrate-strange-websites motivation had been depleted and I would not be doing anything similar for the next 48 hours… Needless to say that the weather was looking terribly nice outside to stay indoors. Damn! The only problem was that it was already 10 and there was potential bad weather in the afternoon including thunderstorms. I was going through a couple of hiking options but they were either too far away or the time required for the hike was too long. So I grabbed my alpine hiking guide and checked the closest options. And there it was: the “Mürtschenstock Ruchen”, according to the guide one of the most impressive alpine hikes in the eastern part of Switzerland. Booked! On the way to the starting point, which was around 45 minutes  away from Zurich, I got some food at a gas station to compensate for my missing breakfast. 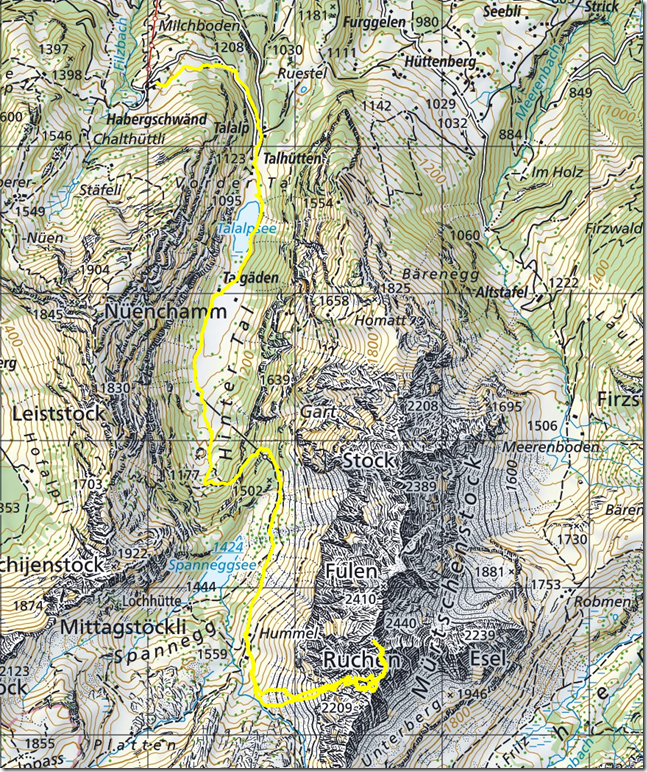 Today I also did something I am usually never do: I took a chair lift for the first 500 meters in order to speed-up the ascent. Tsss … lazy Marco … Since this chair lift didn’t have detachable chairs it was going very slow so people could actually get on and off without the danger of an accident. Enough time for me to relax … 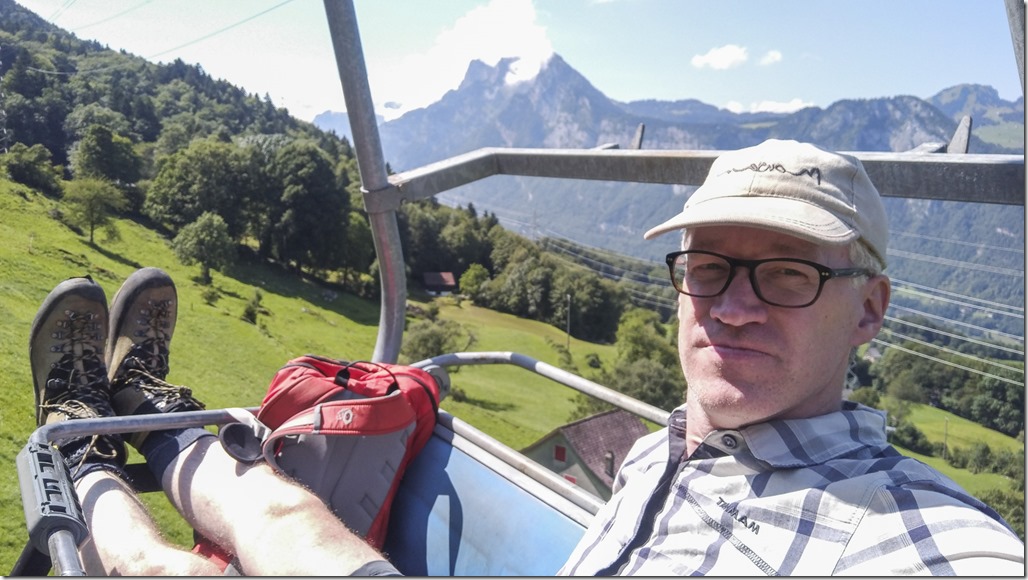 and enjoy the nice view down to the Wallensee. 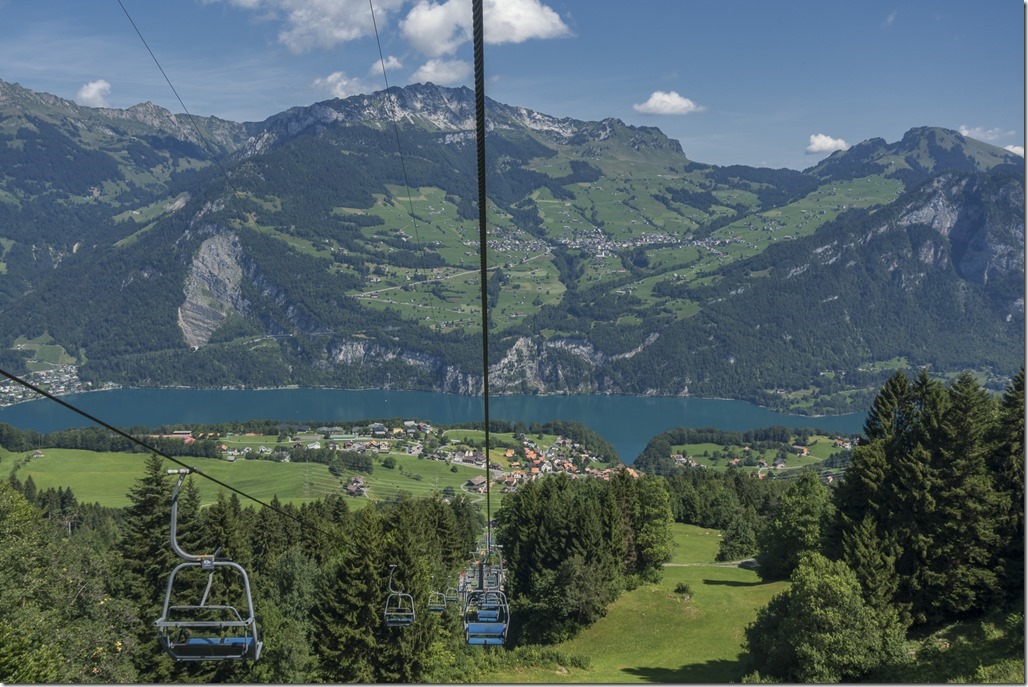 Talking about relaxing, those goats also seem to be in maximum relaxing mode. 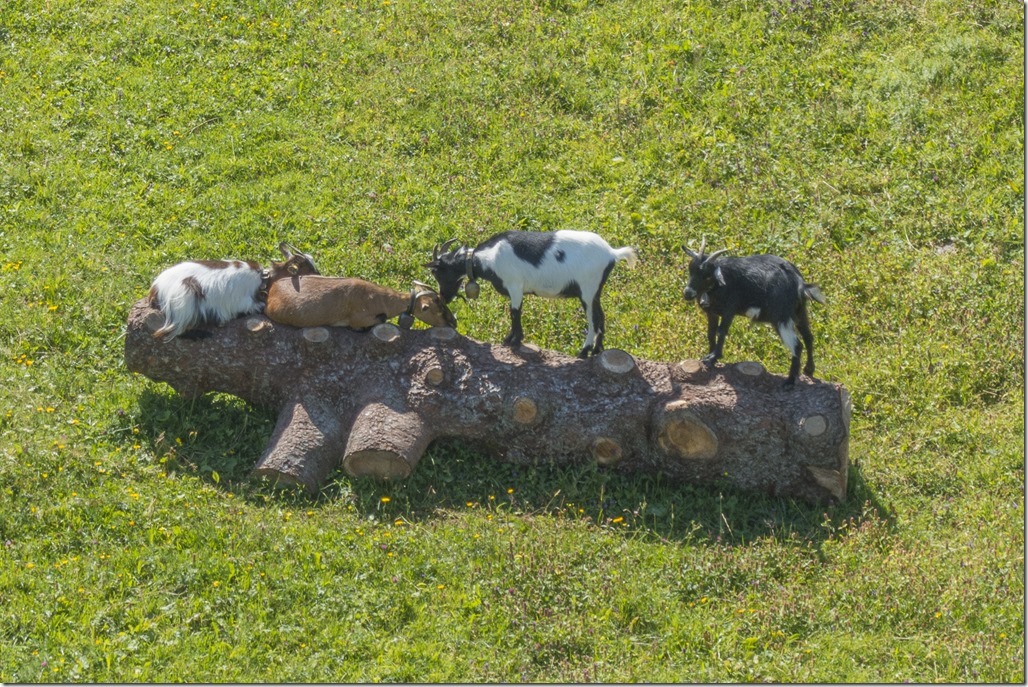 The first part of the hike was on a marked hiking trials. Actually this valley with the “Talalp Lake” looks very scenic and you can have a bath in the lake if you like. I was saving that option for my return, if I still had some power left. There were three men playing the alphorn at the beginning of the lake. 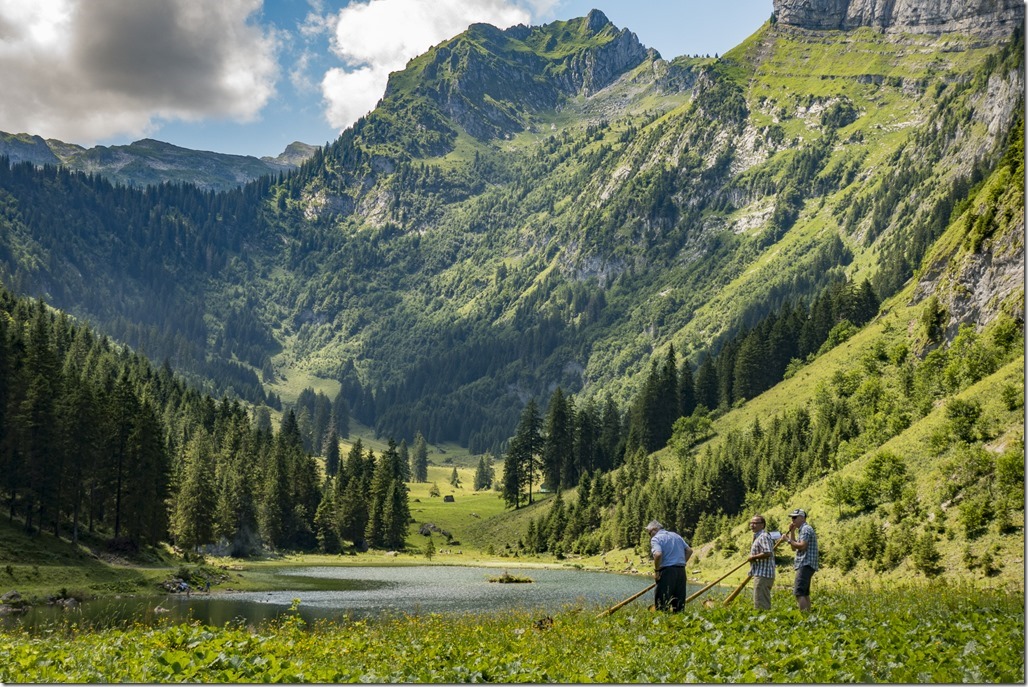 You can imaging that the sound was giving an amazing atmosphere with the echo of the valley and the bells of the nearby cows.

For the rest of the marked trail I pushed very hard on the speed to get up as quickly as possible. There were potential thunderstorms in the afternoon and I didn’t want to meet one when I was on top of the mountain. The hiking guide had already warned that the first 300 meters after leaving the marked hiking rail would be rather annoying since it was going through a steep section of loose rubble. And annoying it was! I just tried to focus on where I wanted to go and not where I currently was. But I was nevertheless very happy when I was finally through the rubble. But I was already sure that the way doing would be lots of fun as you can use the rubble to glide down. The only thing which was a little bit worrying my at this point was the fact that the top of the mountain was already covered in some clouds from time to time. This was not the thunderstorm type of clouds but the ones which keep you from seeing a nice panorama when on the top. 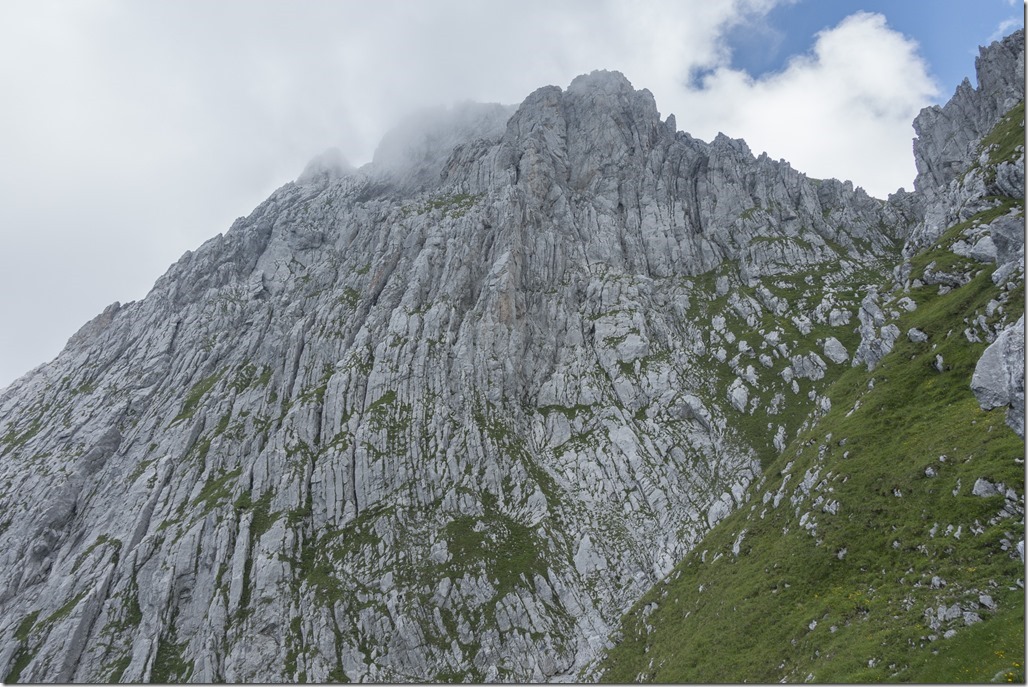 A bee or something similar at over 2200 meters. 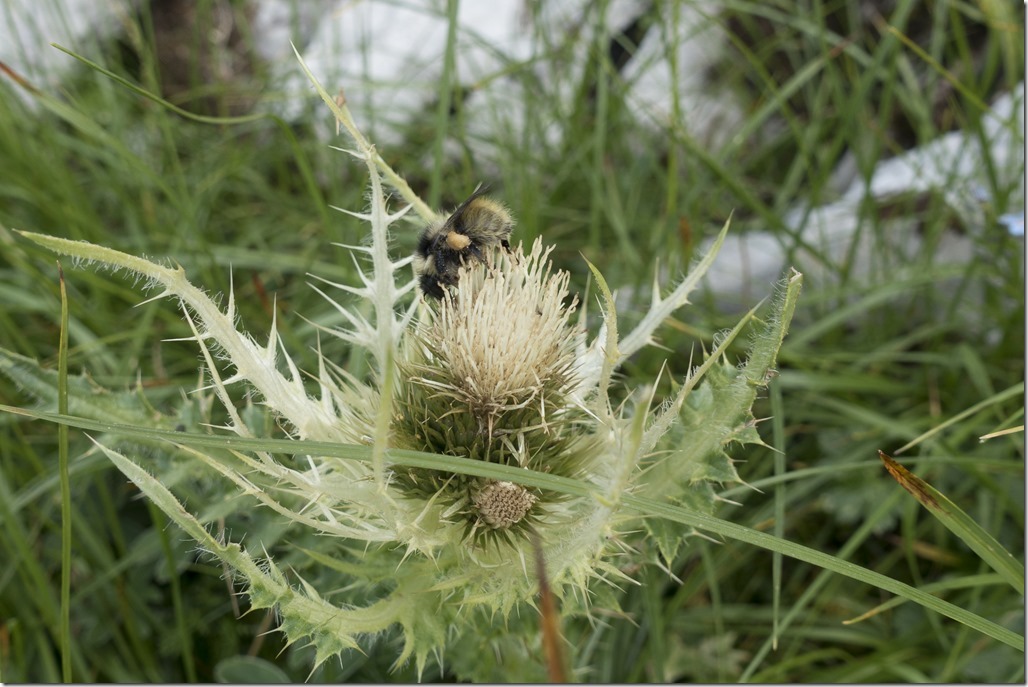 According to my hiking guide this was the most difficult passage. There was also a fixed robe installed. So overall well within my reach.

When I reached the top the clouds had lifted a bit and you could see the surrounding mounts.

This is the view to the Wallensee and the seven Churfirsten. Dramatic b&w version. 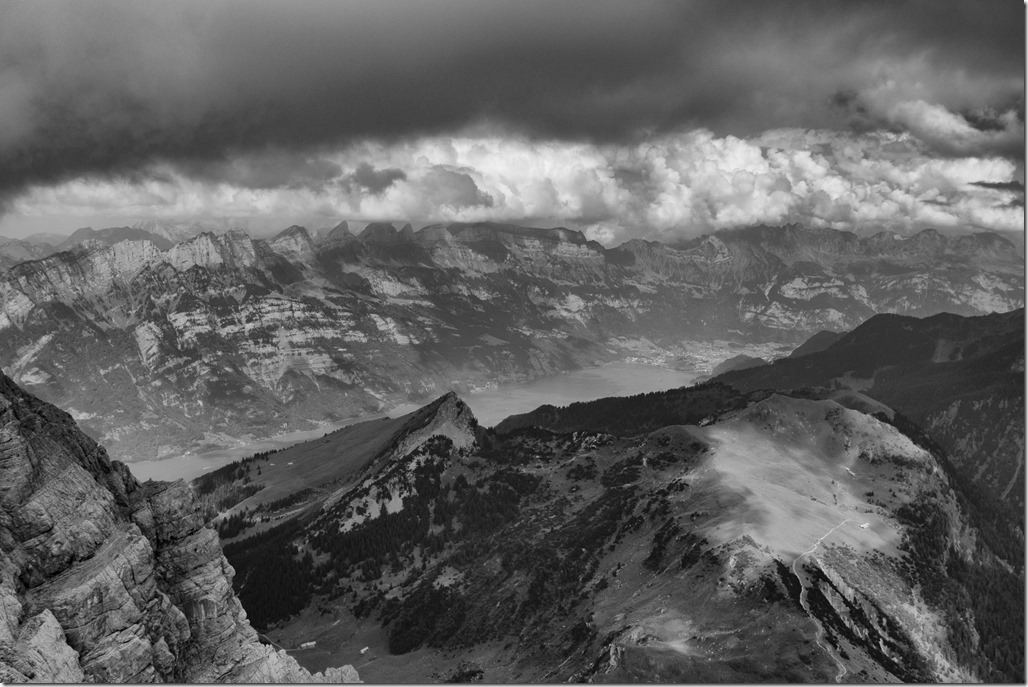 And of course there was a good opportunity for the summit picture. 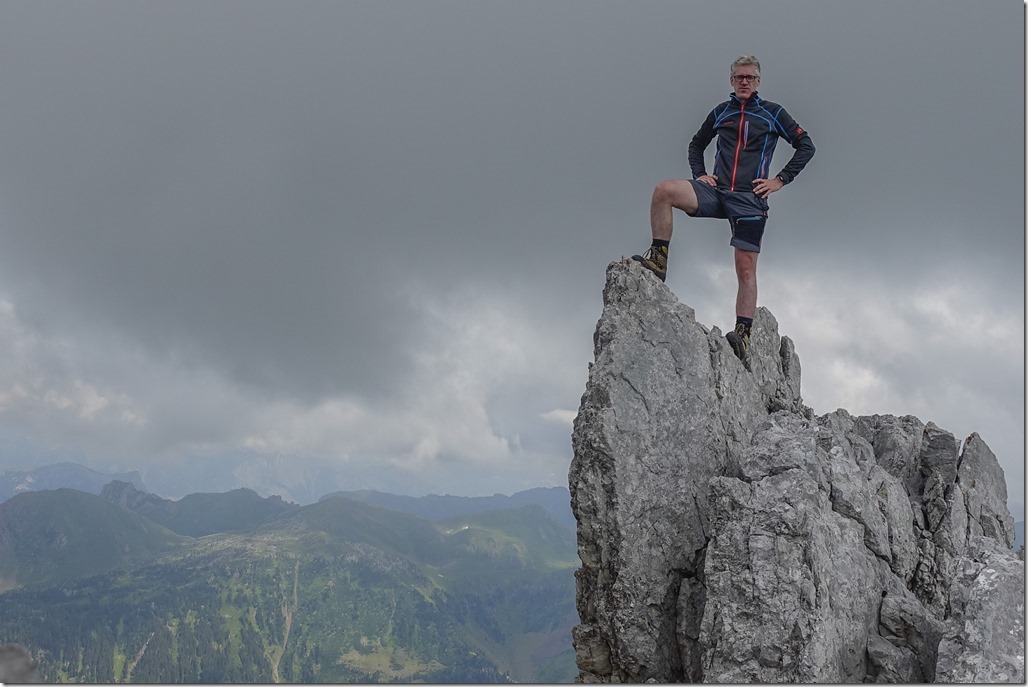 And this time I didn’t even have to do a fake-look-dangerously-steep action photo because it was in fact going doing quite a bit just centimetres right of my hiking boot. Proof or it didn’t happen: 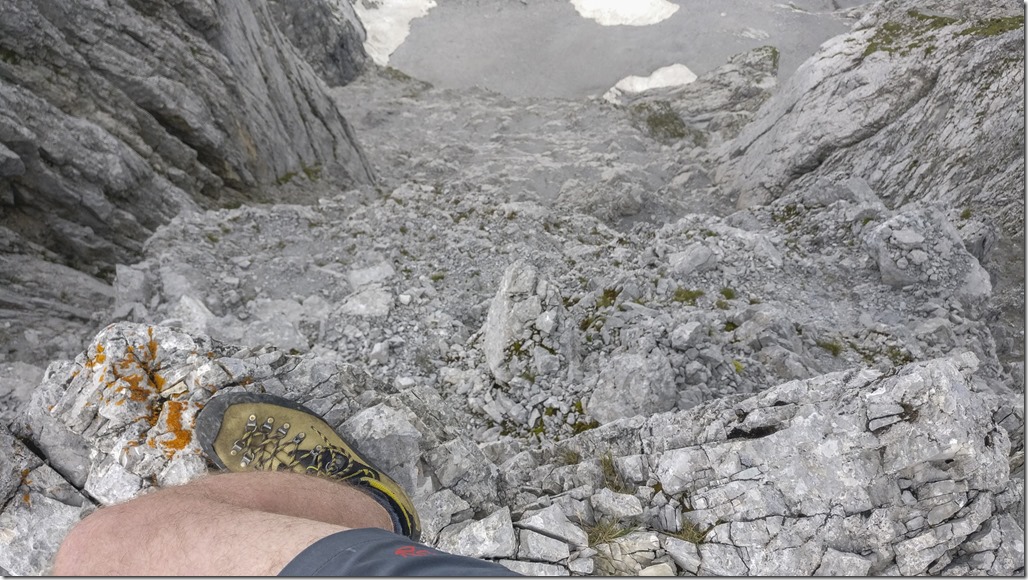 Panorama shot in the direction of Glarus and the upper part of the Zurich Lake. As I had expected there were not many entries the summit book for this year. As you can see this summit is clearly located in the canton of Glarus. No doubt about it. 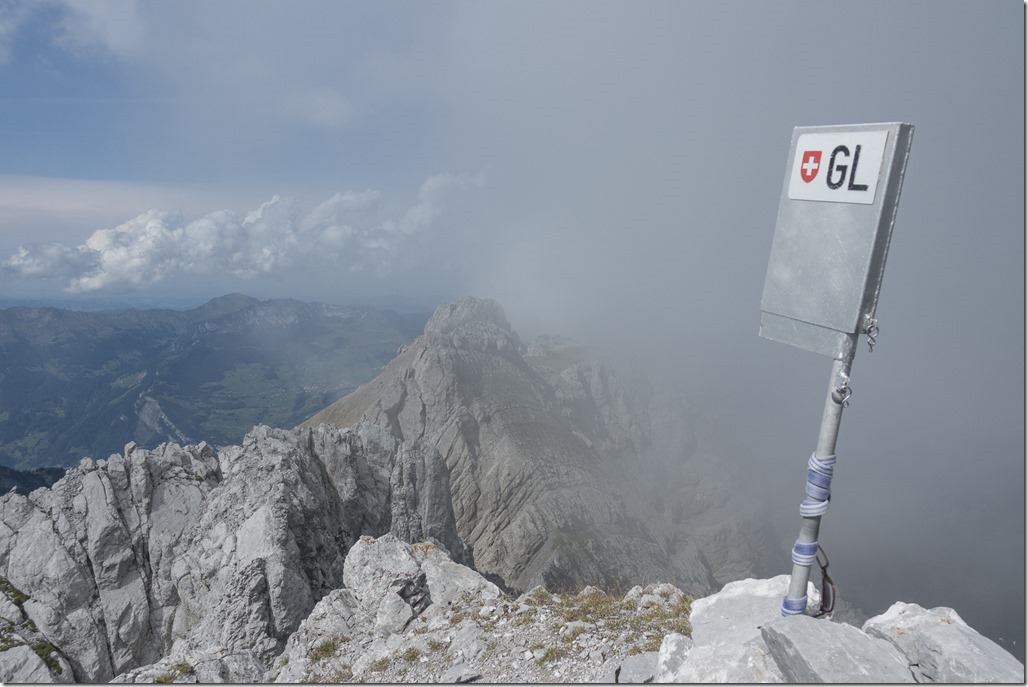 As the weather was not getting better I didn’t spend too much time on the summit but started the decent closely watched by two Steinböck who neither didn’t care much about me nor the weather. 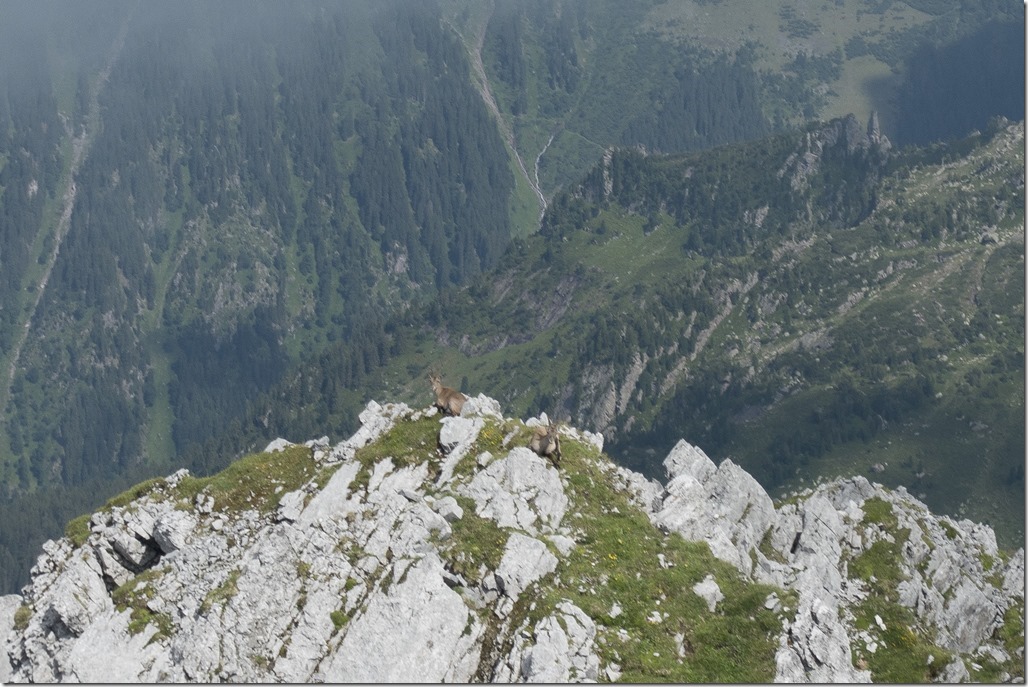 On the way down close the the place with the fixed ropes. 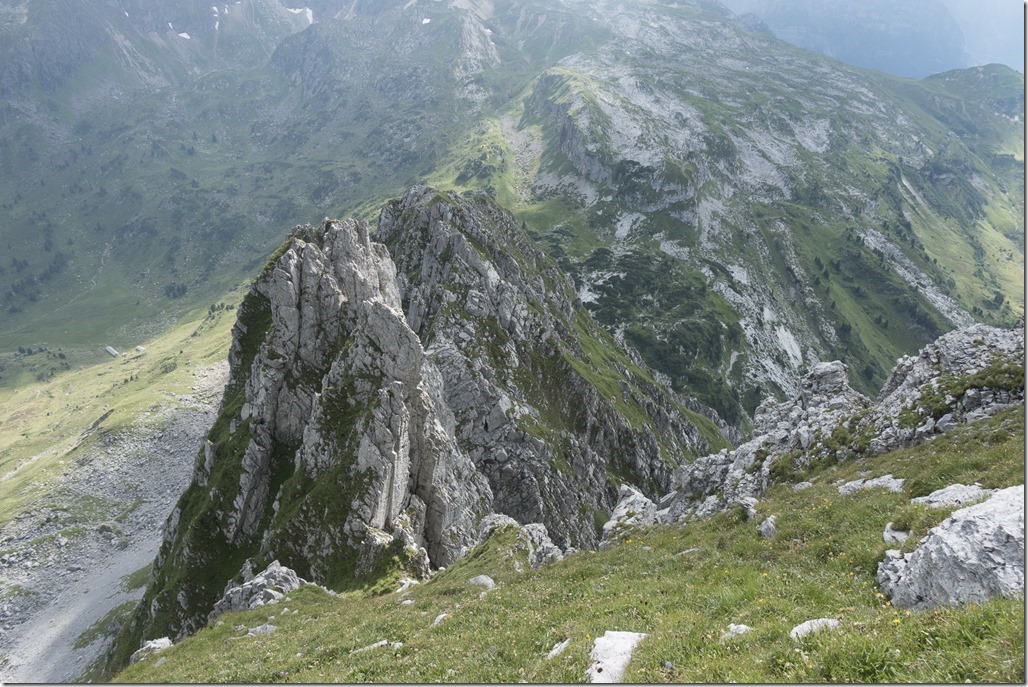 I was choosing a different path which was more direct and on top of that easier to climb down. 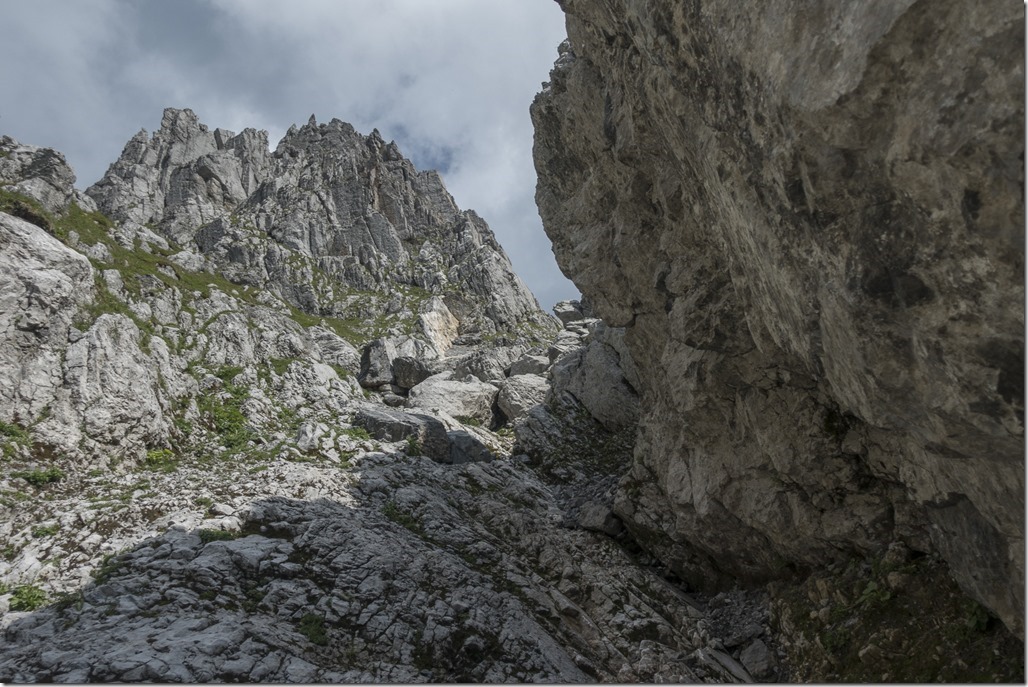 And then, after all the difficult sections were past me I did what you should not do: I lost the concentration and then it happened. Again! Damn! Pretty similar to when I dislocated my shoulder. Luckily this time everything stayed in its designated area …

By the time I reached the Alptal lake the cows were already going home from a long day out in the nature. As the chair lift had already closed for the day I had to go/run down to my car which was thanks to all the shortcuts I did through the meadows surprisingly fast. 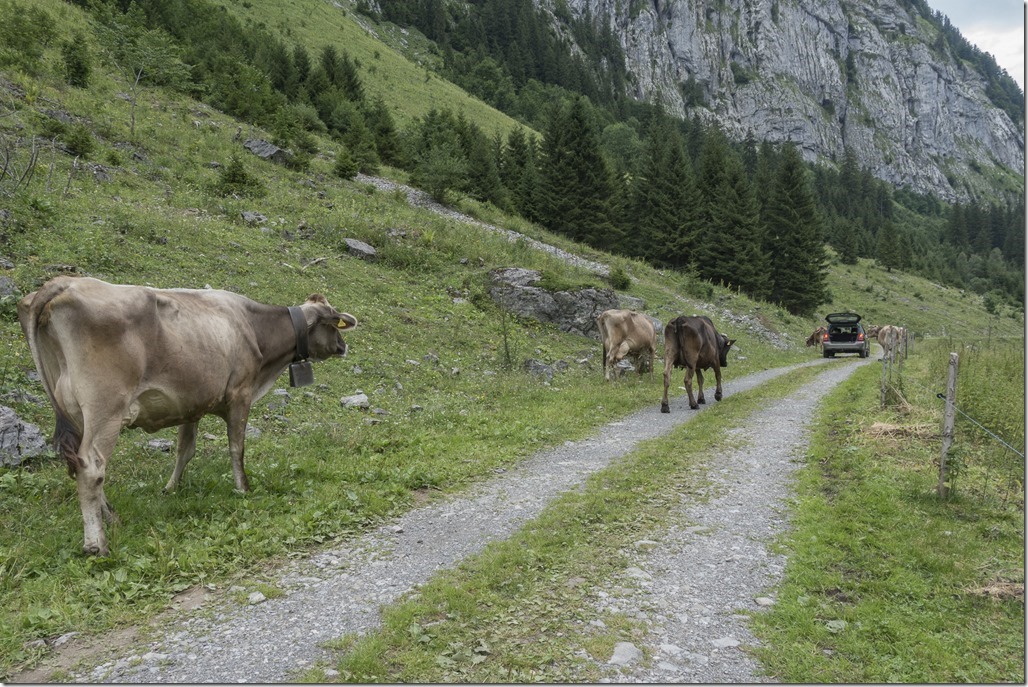 I am so thankful that I had those big troubles in the morning with the web site migration. Otherwise I would not have went out into the nature and experienced all those nice things. And guess what? After returning with a fresh mind I managed to find the issue with the web site and migrated it in less than 30 minutes…  That’s how you do effective IT trouble shooting! 🙂