I had plans! Good plans. Solid and proven plans for 1. August, the national holiday: Take it easy and get ready for the party in the evening.   Eventually I figured out that doing an e-a-s-y walk up to Pilatus would be exactly the right thing to do during the day and would allow me to escape from the heat which was forecasted. I picked the easiest way up to Pilatus which was starting in Alpnachstad. Of course I would add the Esel eastern ridge to the equation but that is walking terrain except the last few meters. 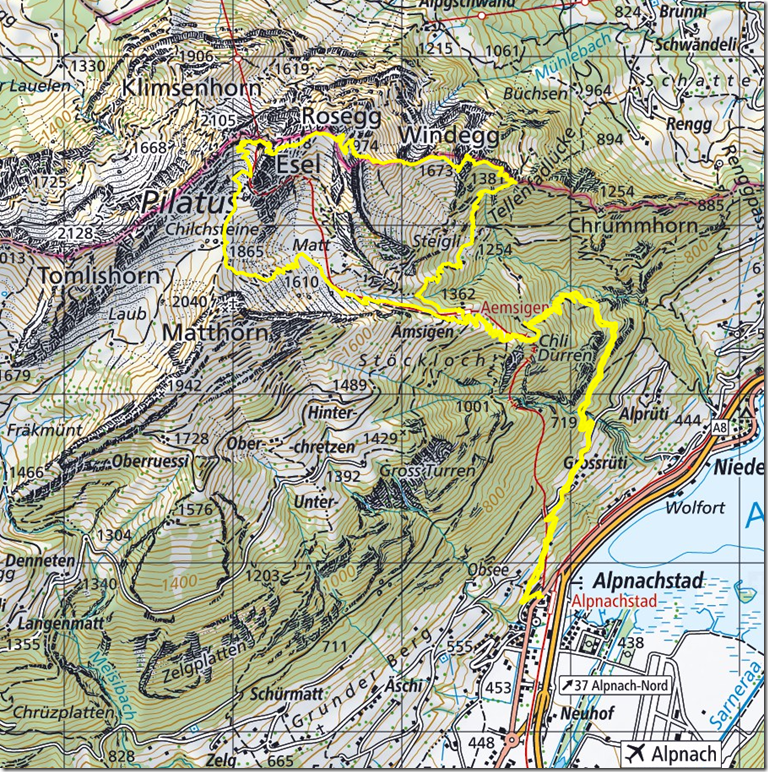 When I started my hike in Alpnachstad I didn’t have any particular achievement in mind but it soon became apparent that I wanted to know how many meters of altitude I could gain within one hour. So my steps accelerated. After one hour the altimeter was at 800 meters gain. Acceptable for now. I would already see the first target of today the Steiglihorn which is in front of the Pilatus summit. 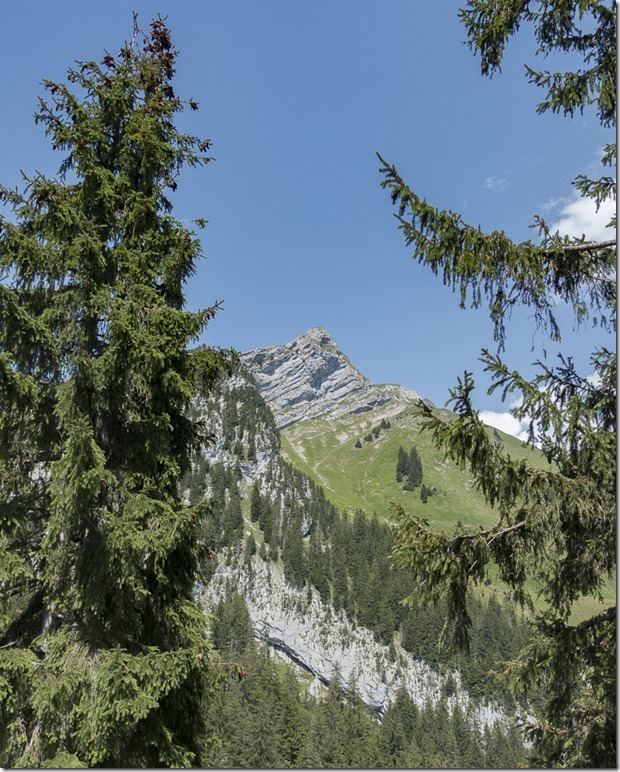 Half way to the top there is a stop for the Pilatus train. Some guys had real fun inside a small swimming pool. A couple of hours later when I was coming down they were still inside the pool, having fun. Obviously their stock of beer was not yet depleted…. 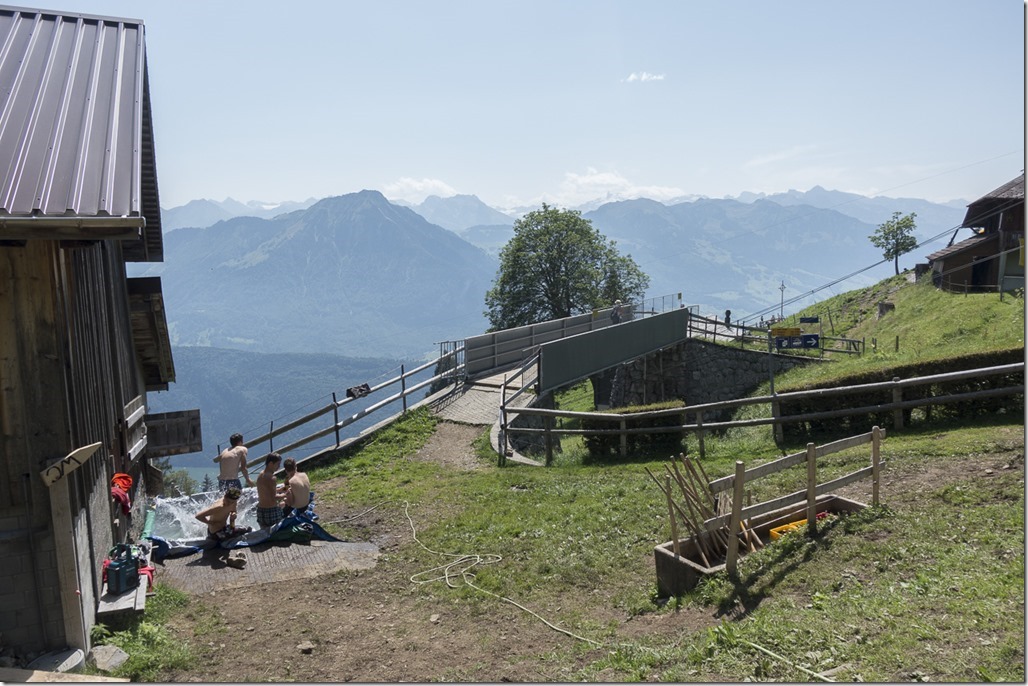 What is amazing about the hike up to Pilatus is the fact that wherever you are, you can turn around and have an amazing view down to the lake. And today was a particular nice day with a good view. 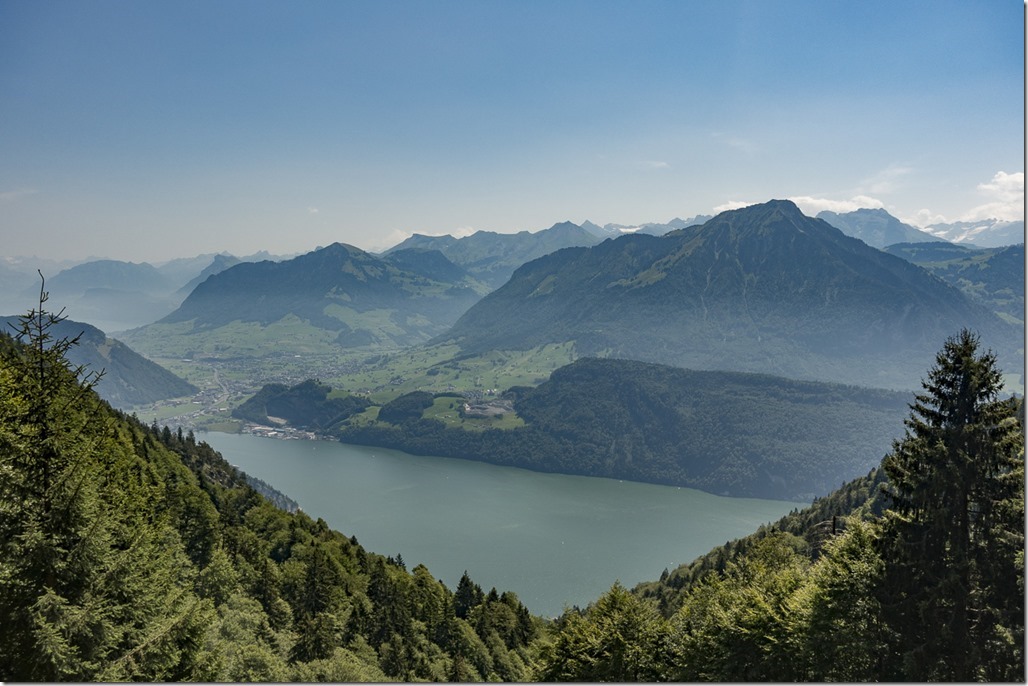 This is the only place where I went into the wrong direction, obviously distracted by the breathtaking view.

When I reached the Rosegg summit, which is another mountain in front of Pilatus, I stopped for a while in order to enjoy the view. I don’t particular like the top of Pilatus due to the fact that there are usually just too many people up there but this place is just f* amazing and just 15 minutes away from the top.

Bürgenstock in the middle of the following picture is also a nice place from some hiking. 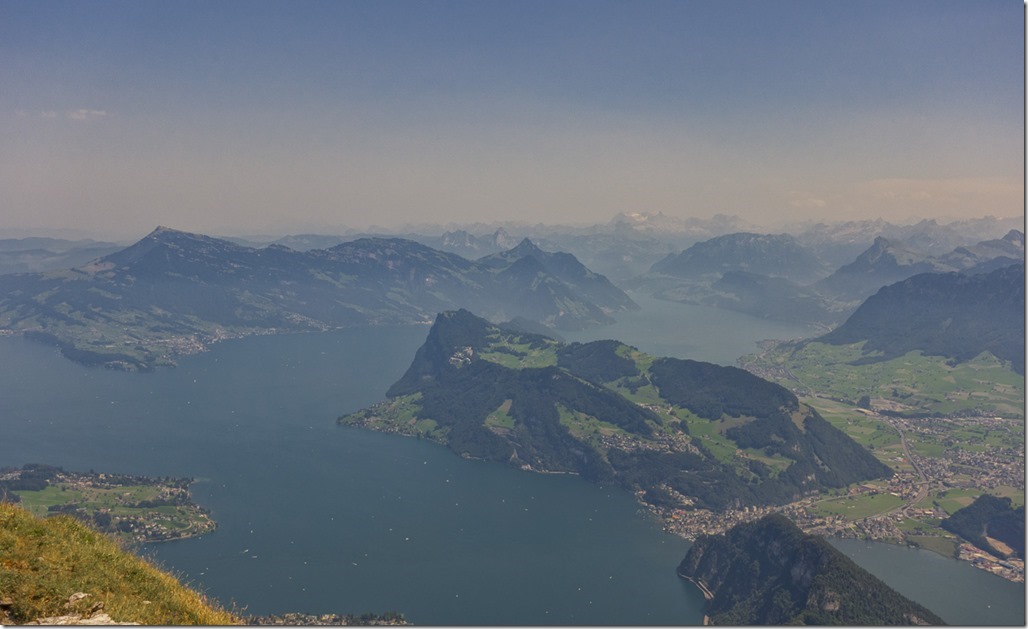 After having enjoyed the view of the Vierwaldstätter Lake I turned around to face the last obstacle of today: The Esel 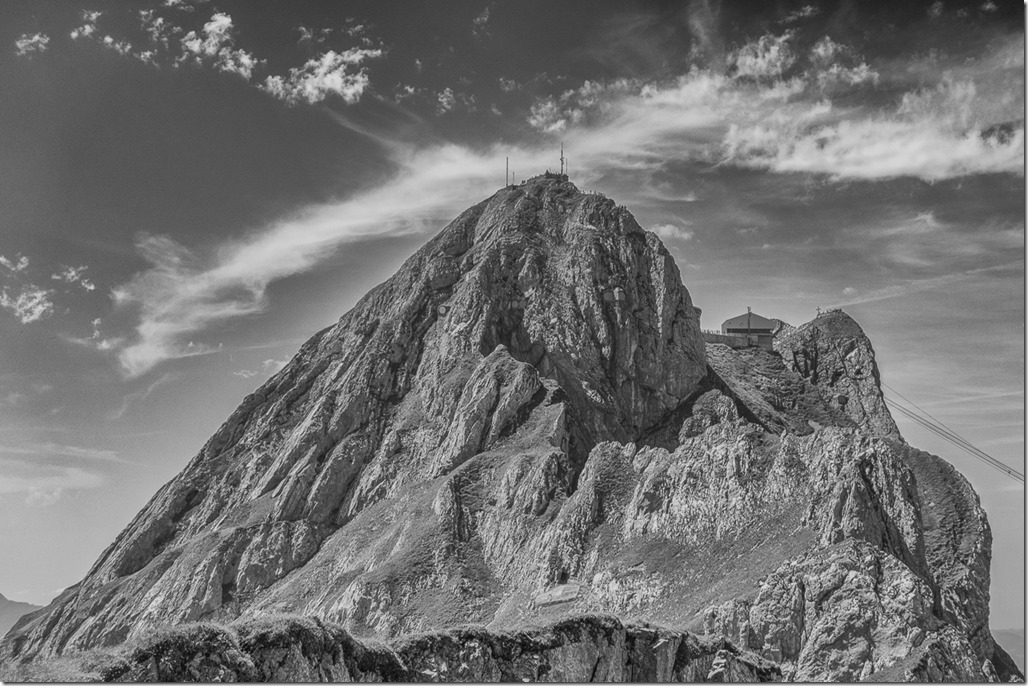 I have already climb the Esel twice this year so I skipped the taking-picture part this time. I only put on a properly ironed shirt before entering civilization again, so no tourist would be shocked by a half naked mountain goat coming out of nowhere… 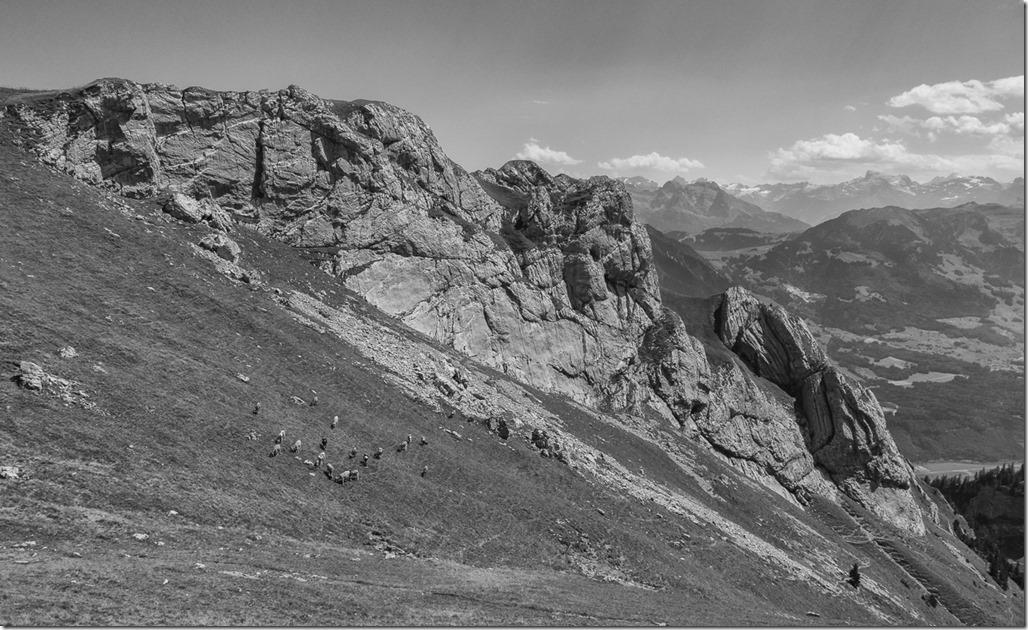 I have already told about my one-hour altitude challenge. In fact I didn’t slow down too much after that and continued at a rather high pace up to the top. Now I was on the top and I was pretty much exhausted. I had to buy a serious amount of drinks on the top as I had run out of anything in my backpack. The big question  was how to get down to Alpnachstad again? Train? On foot? Train? … On foot was the decision. Not far into the descent I had to admit that I was actually too tired to run down a mountain. So I was slowing down quite a bit but eventually mad it back to my car in something like an hour.

As I said before today was the national holiday of Switzerland and in the evening I went up to the Üetliberg in order to have dinner and – once again – enjoy the nice view and the fireworks.

Super extrem coincidence. I was able to take a picture of a remote lightning. In front you can see Zurich with the Hardbrücke in the middle and the airport in the back. 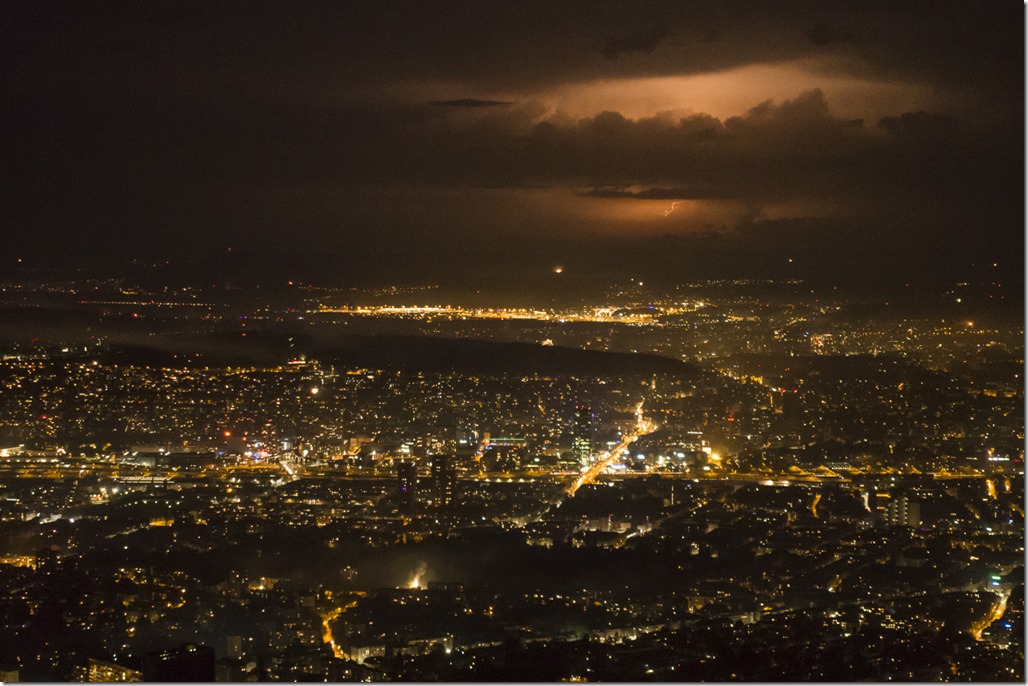 View of the Zurich lake. You can already see lots of fireworks. 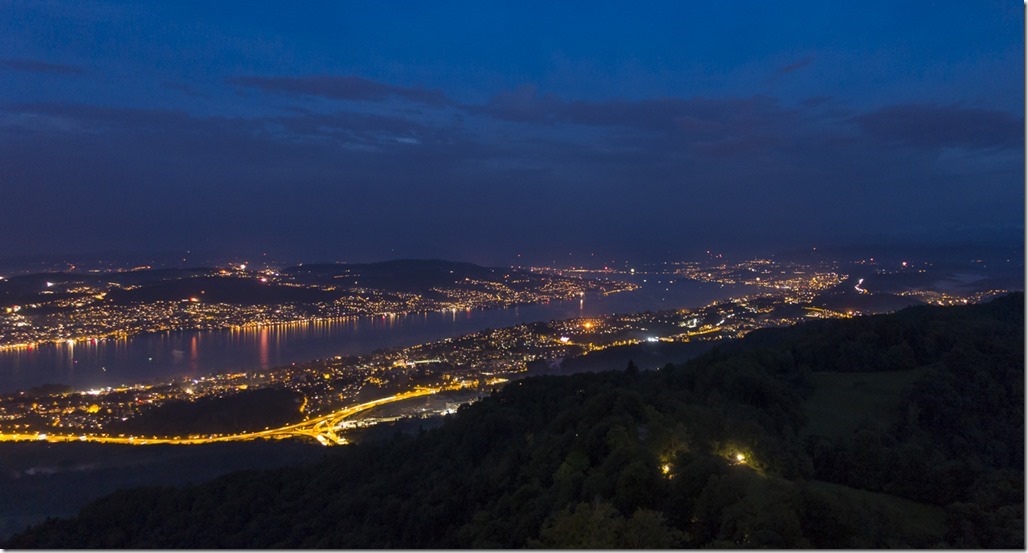 This is the opposite view with all the small villages behind the Uetliberg. At 21:30 we went up the tower in order to have a better view. 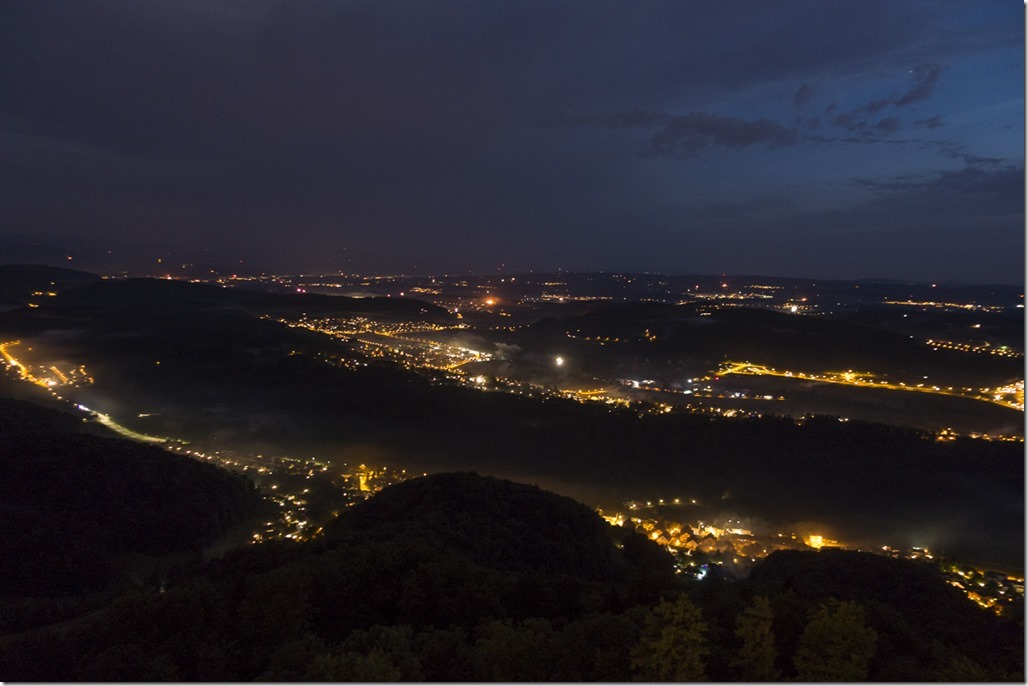 Big tower with the city below. 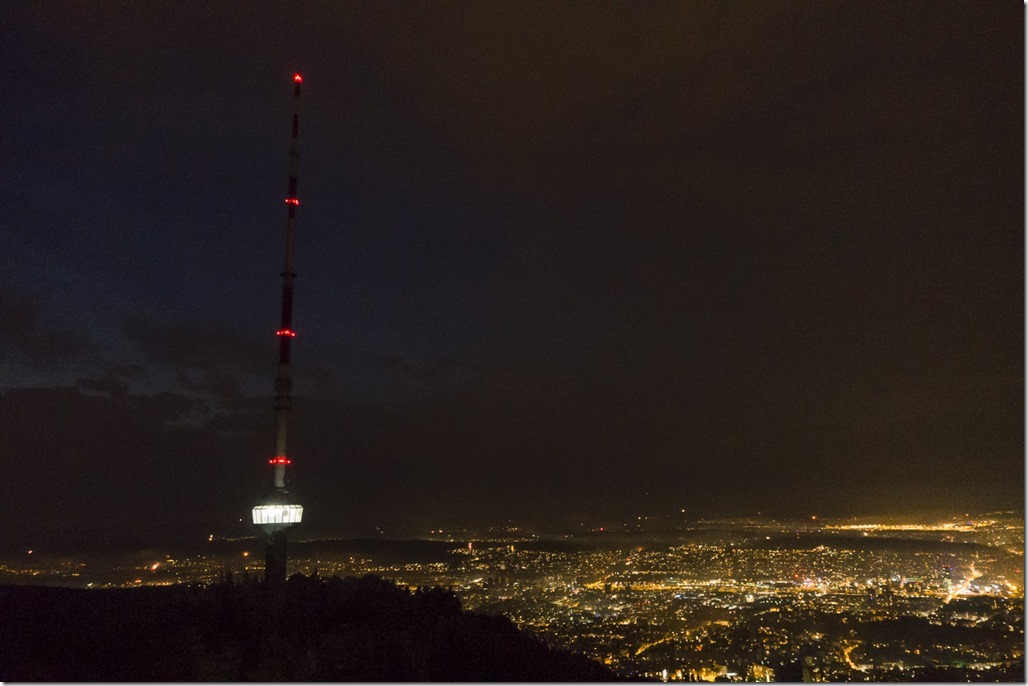 At 22:30 there was the “official” Üetliberg fireworks for 15 minutes. Not the best ever fireworks but probably one of the best scenery. 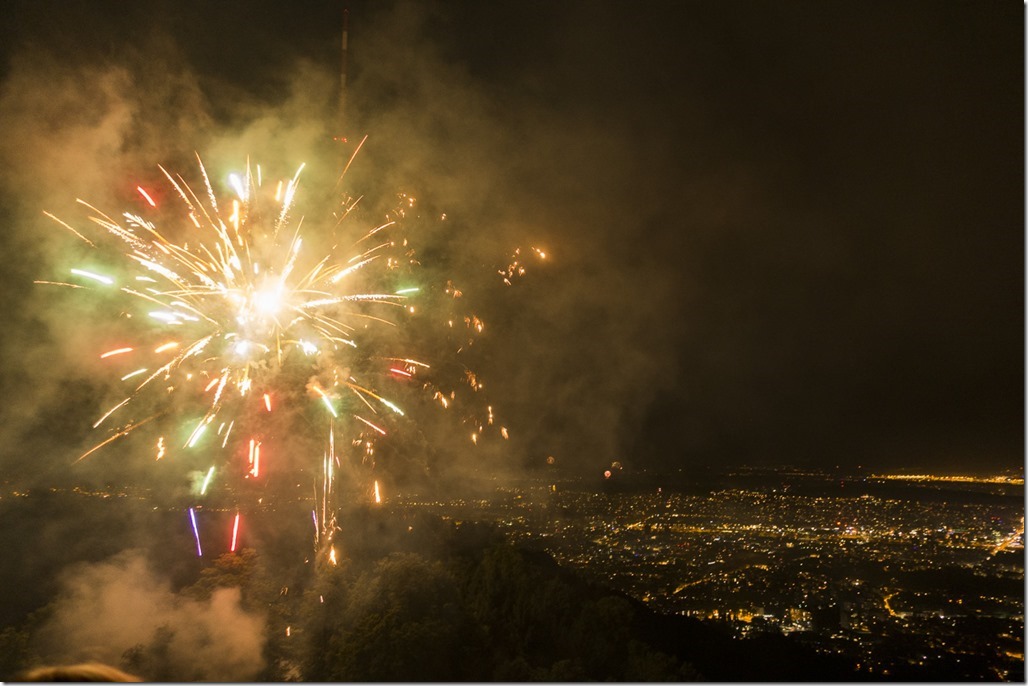 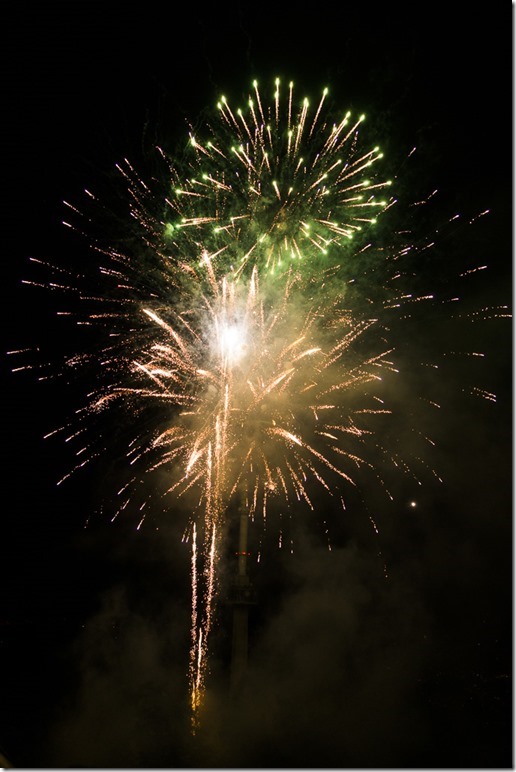 Given the fact that the temperatures were very comfortable and there was no real wind this was the most amazing 1. August I have every experienced. 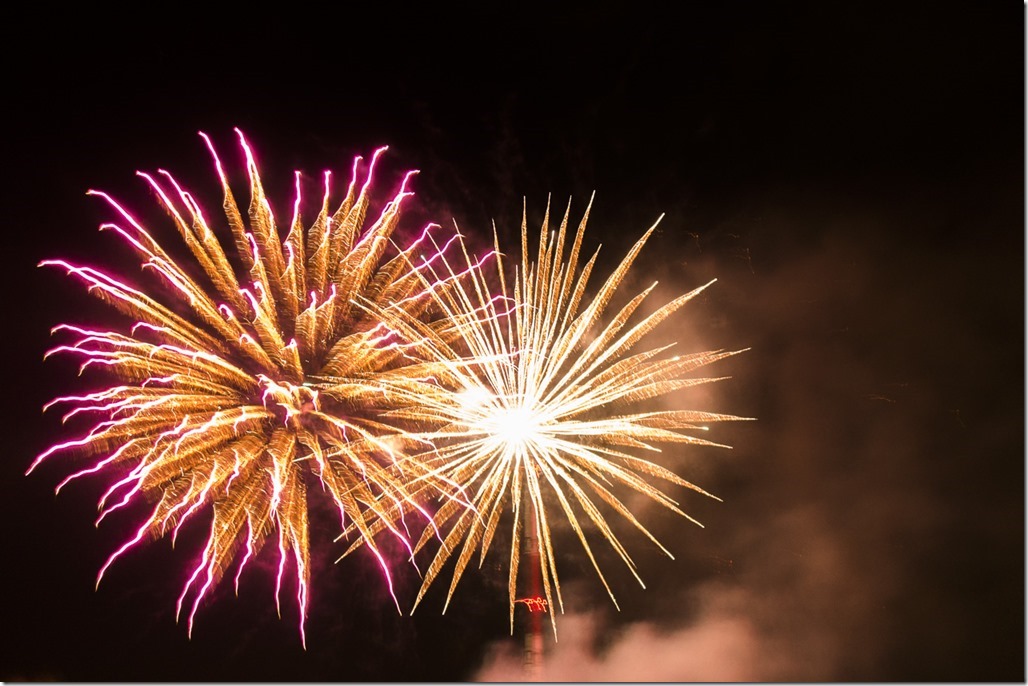