The day started with an emergency repair attempt. The “mobile phone holder” of our pilot Gorge was not reliable holding anymore on his belt. And loosing it was not an option as without this phone our journey would be in real danger. We would be basically grounded. So a group of really talented people started an investigation of how to properly attach it again to the belt. Several sophisticated options were considered but eventually the simple use some “cable binder” option was chosen as availability of tools was limited. The initial attempt firmly attached the holder to the belt with one minor drawback that the phone could not be inserted anymore. However the second attempt was successful!

Two of our room in this lodge. It is very nicely located in a river bed. 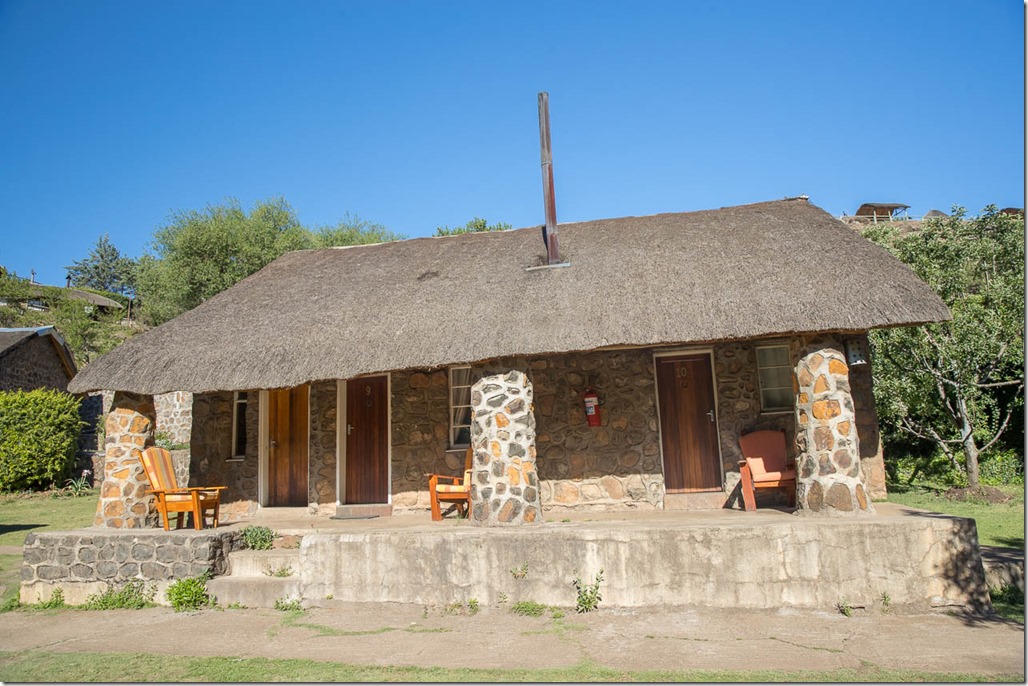 Today we wanted to drive over a pass to a nearby airstrip further down in a valley. It’s a very scenic drive but since I already had done it together with Georg on our reconnaissance trip through Lesotho last year I decided to fly with him there. So while the rest of the group already had left we had to make sure that all luggage gets to the plane. 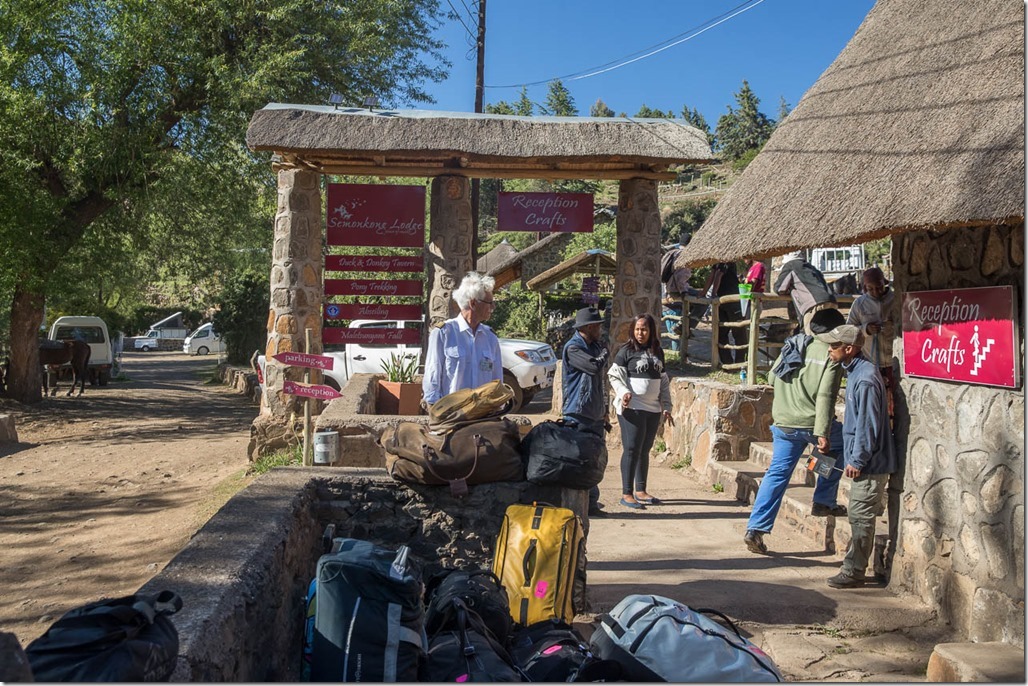 Gorge potentially also needed some support for the meeting with the people from the Lesotho National Security Service. But the person from NSS turned out to be very friendly and had a big smile on his face the whole time. He just wanted a list of all passengers. As Georg didn’t need any support there I did some photos with people walking by. Before taking off Gorge removed the fuel from a tank which is collected there during engine shutdown. 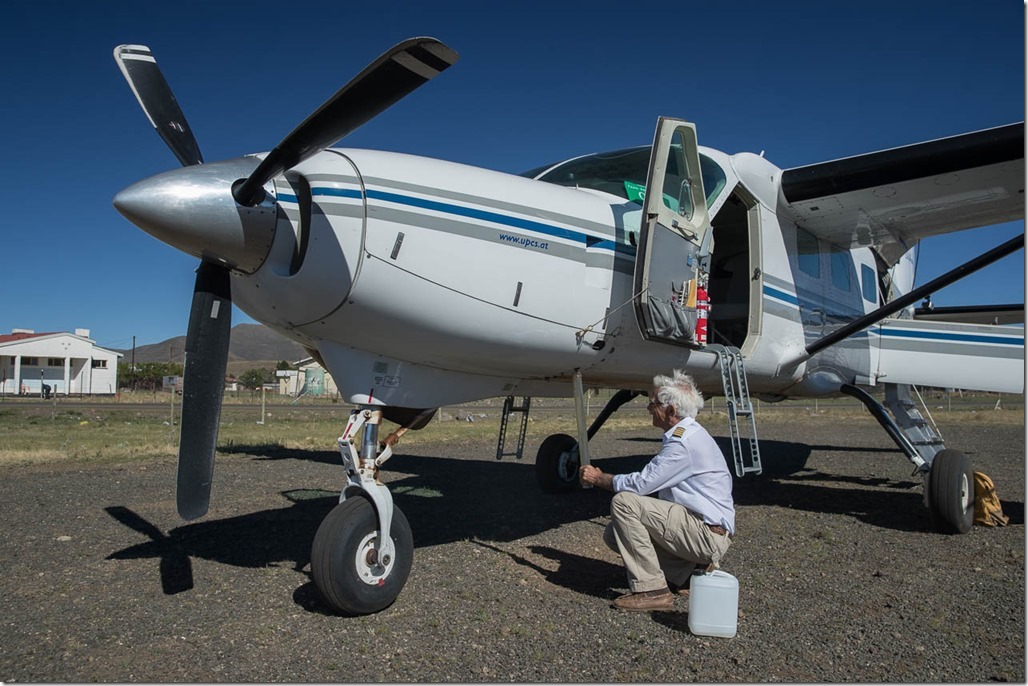 We tried to enter the destination airstrip a couple of times into the flight computer but it somehow didn’t work out. So we used Georg’s phone as flight computer for the short flight. 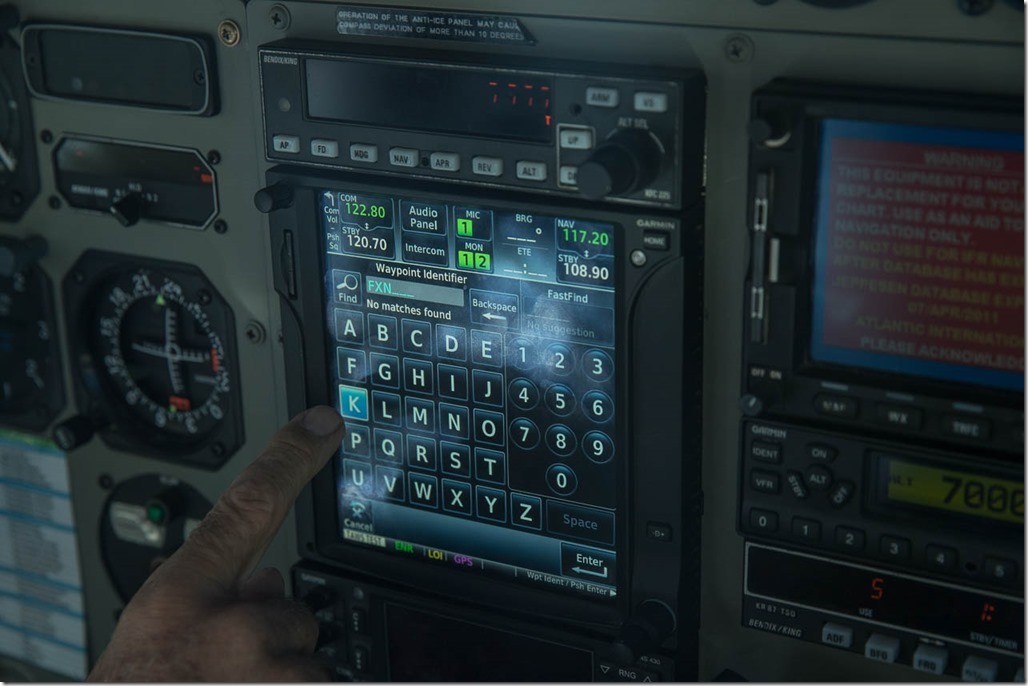 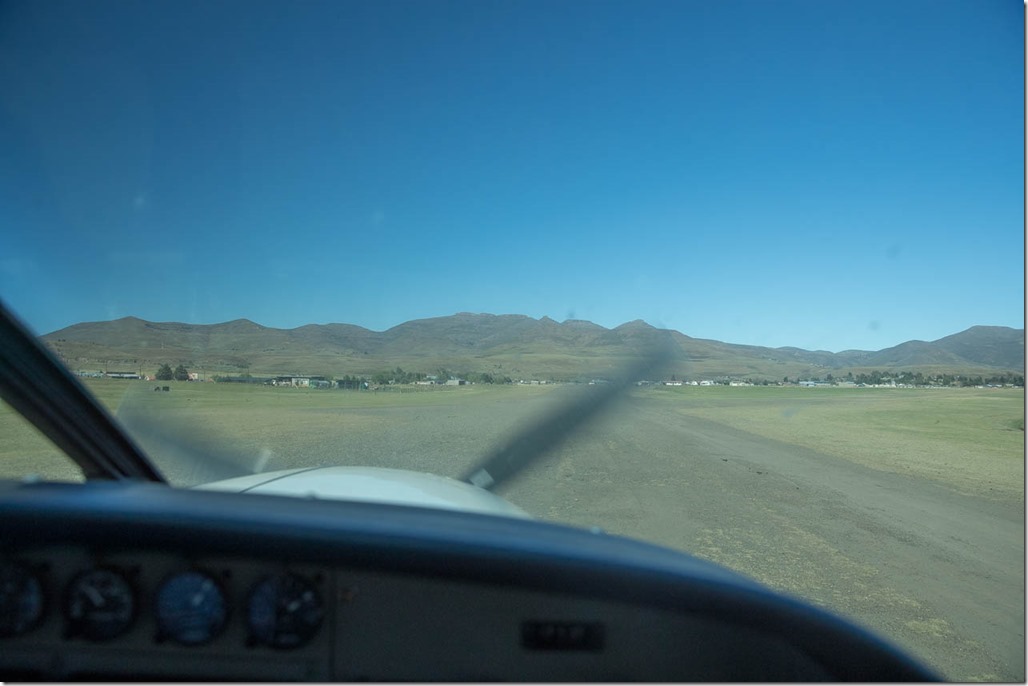 Looking down into the streets shortly after take-off. 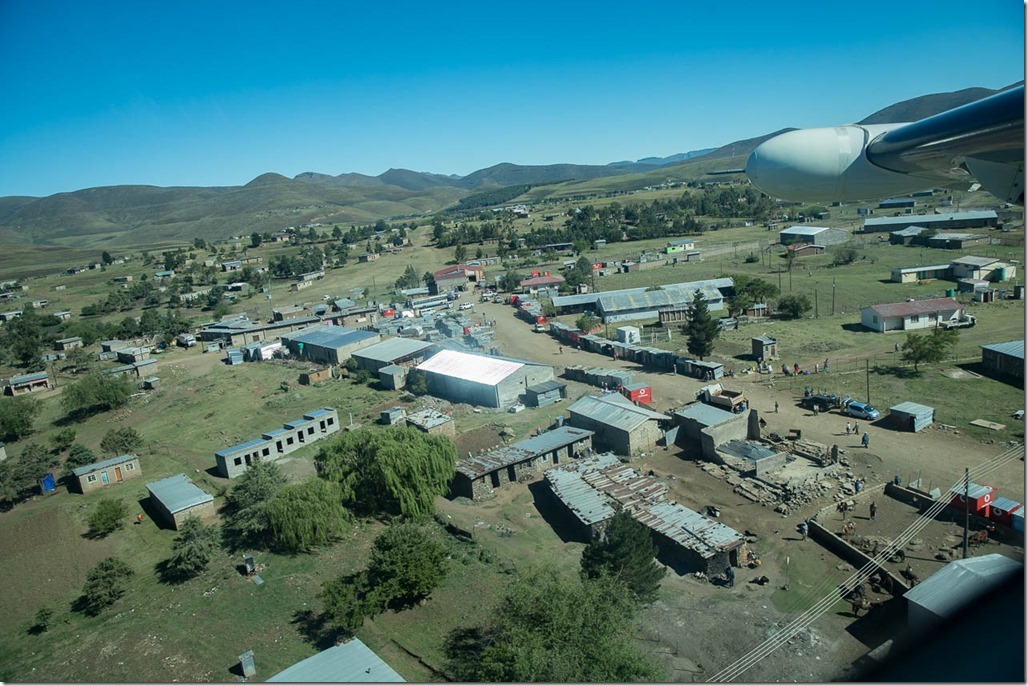 With an empty plane we made it into the air early but on the following left turn the electronics were alerting “terrain ahead”. “Terrain” was a constant on this short 10 min flight as we didn’t climb high and had to start the decent into the valley soon. We decided to follow the road to the airstrip instead of flying in a straight line. The reason was that we might see the car of our group. In any case they would see us. 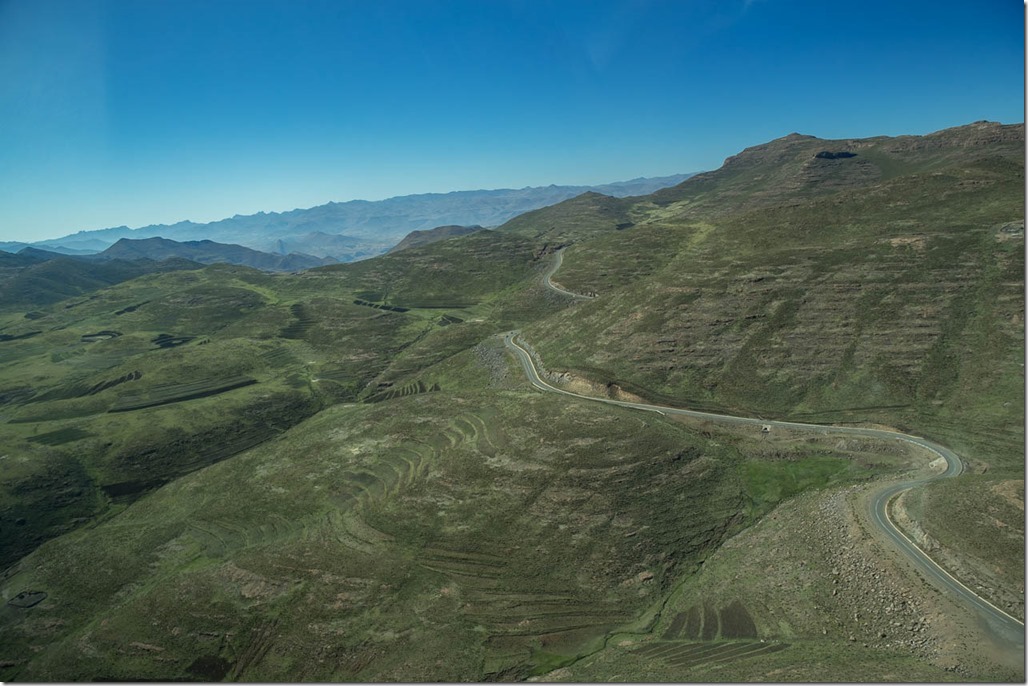 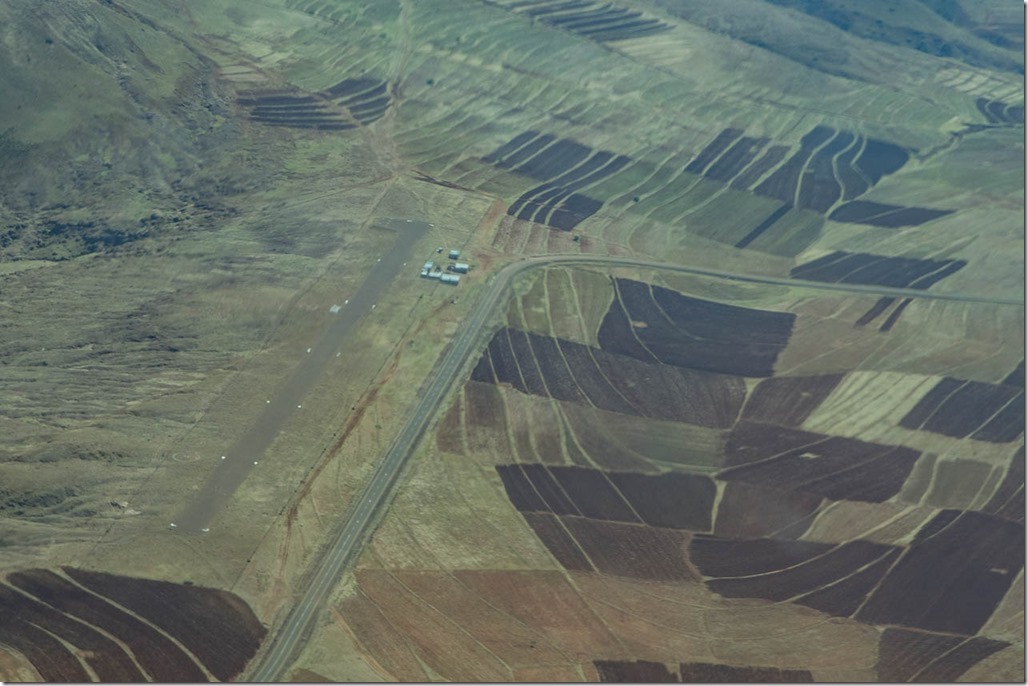 Taxi is waiting for passengers! 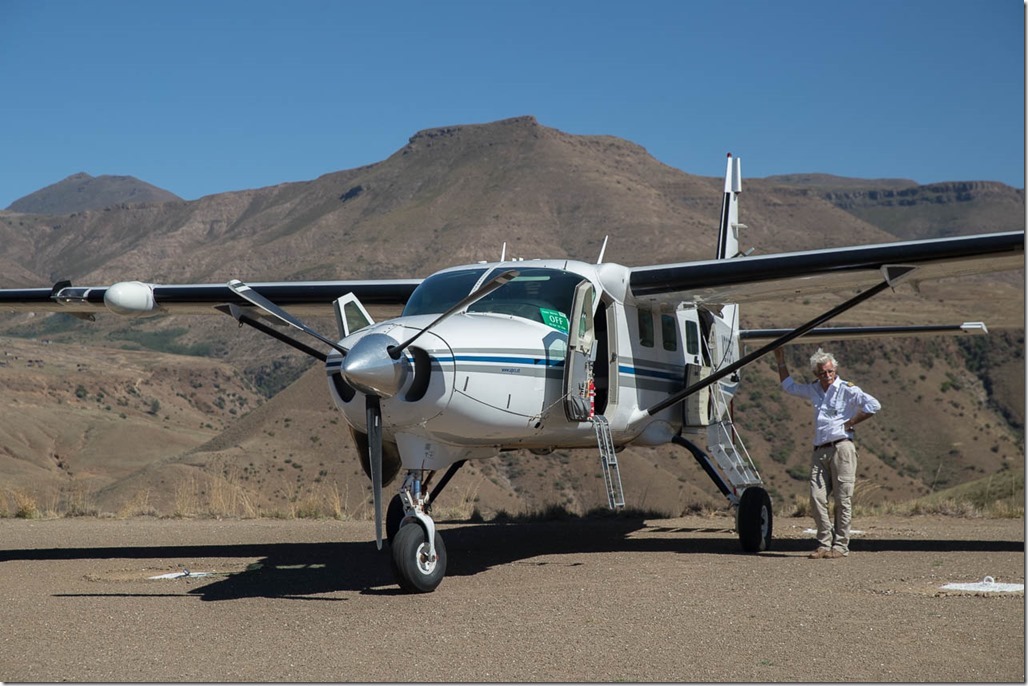 Four oxen are tilling some nearby fields. This airstrip was built to give air support to a close by hospital. It was in perfect condition but rather short. And to make things worse there was a rather strong wind in the wrong direction. The question was if we would be able to fly from here to Maseru in one go or had to do it twice with half the group. Starting into the wind would add some lift but since the airstrip was slightly uphill the plane would not accelerate as quickly as normal. Starting downhill the plane would accelerate more quickly but the wind would add some “negative” lift. The wind, the wind. 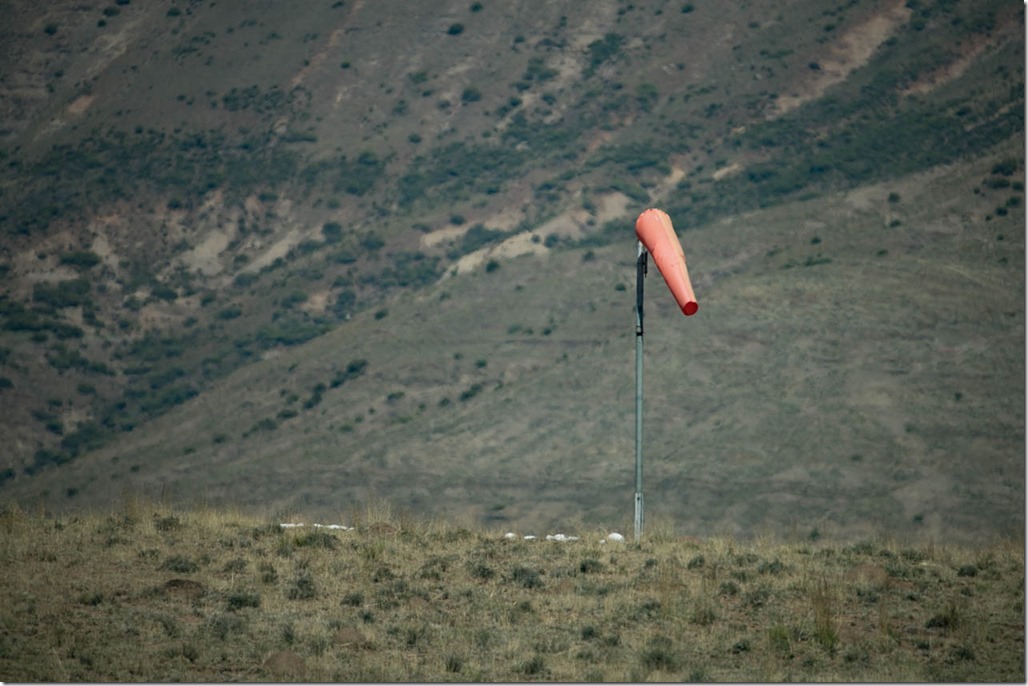 After walking down the whole strip to assess the situation the pilots decided it was save to go with the whole group and they picked the downhill direction. We used quite a bit of the airstrip, actually we used every meter of it but we made it into the air. 🙂 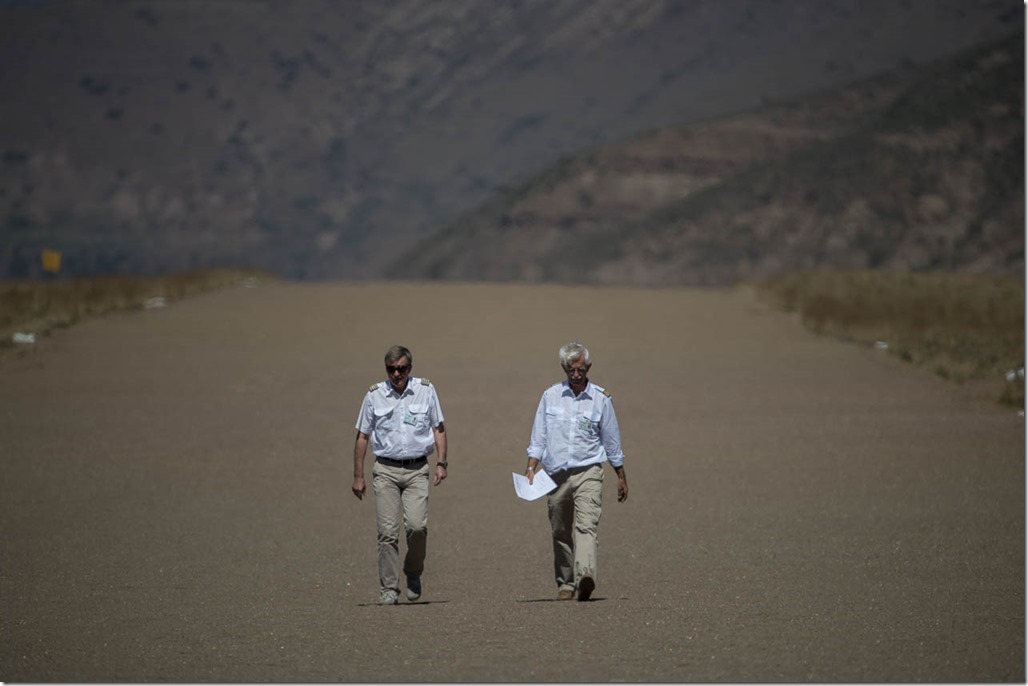 The end of the strip is approaching, still on the ground. 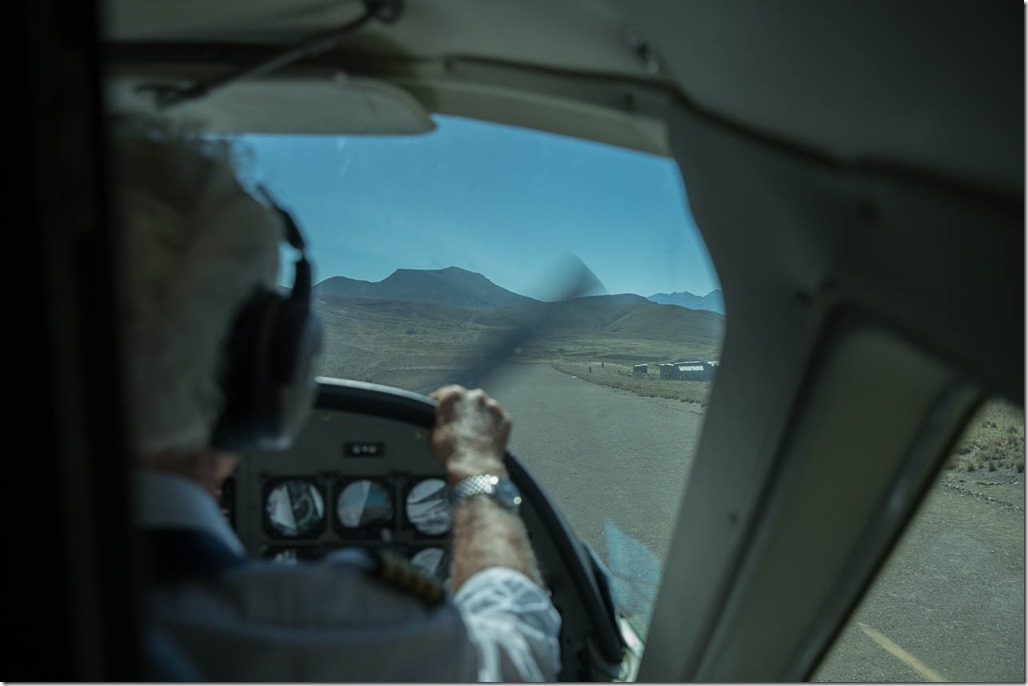 Nice formation on the way to Maseru. 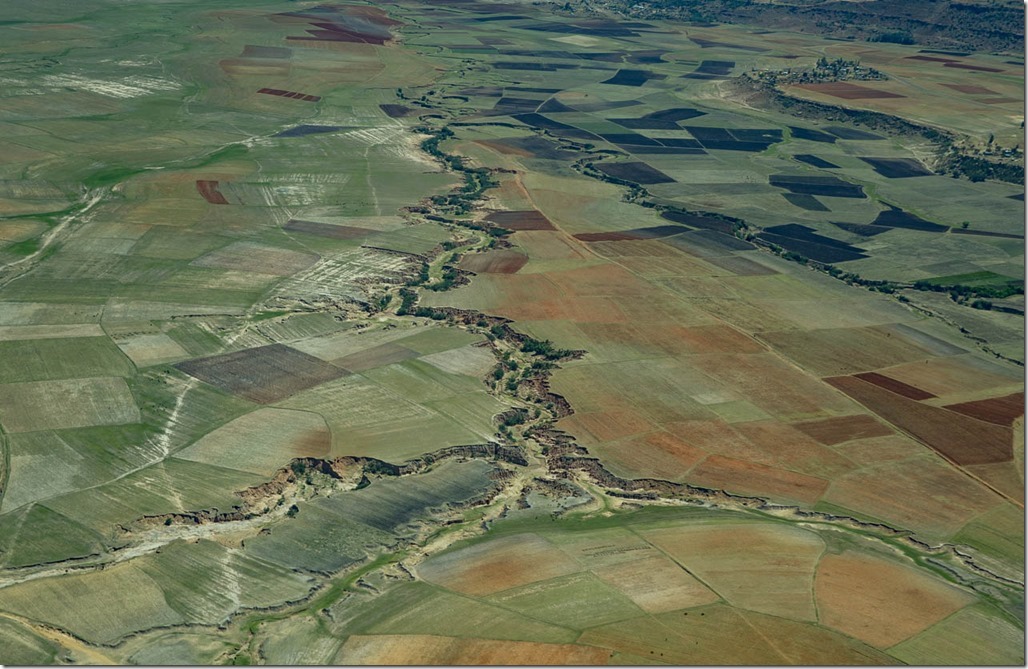 And back in the air we could get a glimpse on the capital of Lesotho. 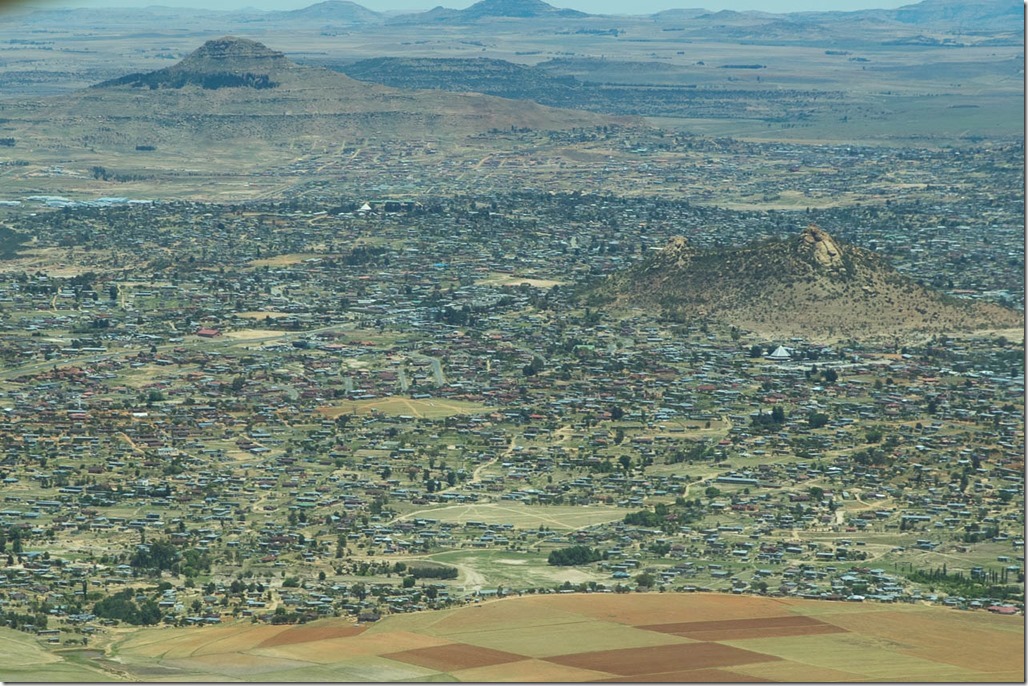 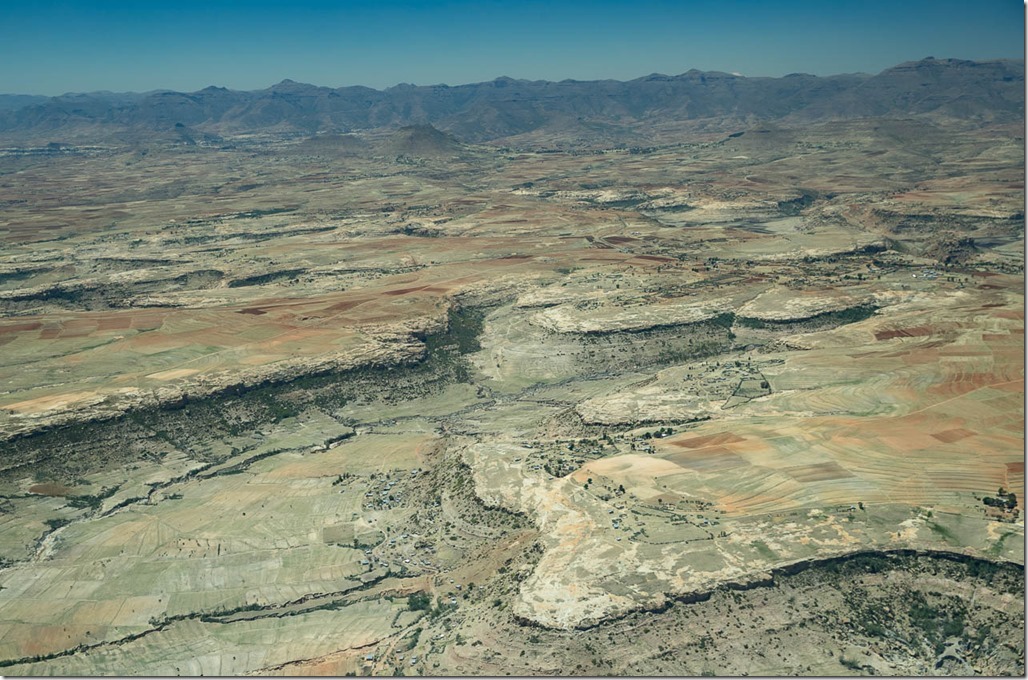 The weather obviously changed on the way to Swaziland and the clouds were rather low. Landing in KM3 which stands for King Mswati III Airport. On the right you can see the terminal for the king and his 14 wives.

There was nothing special planed here. Even though our camp was located in a park we decided to just hang around and the group of really talented people started another repair project: This time it was a binocular where one piece had broken off. Even though the use of “cable binder” was considered in the end duct tape was chosen as the option with the highest chance for success. At this point we were running out of broken things so I started to randomly shoot at birds in the camp as the few hypos in the pool 10 miles away were really not very attractive. 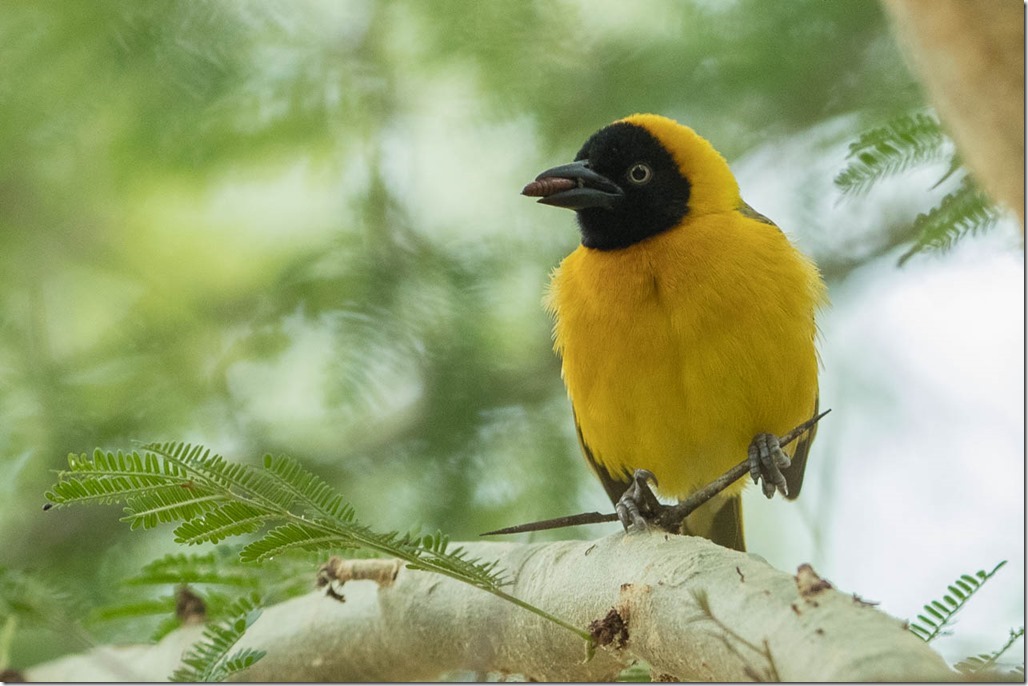