Packed and ready to go for Madagascar! 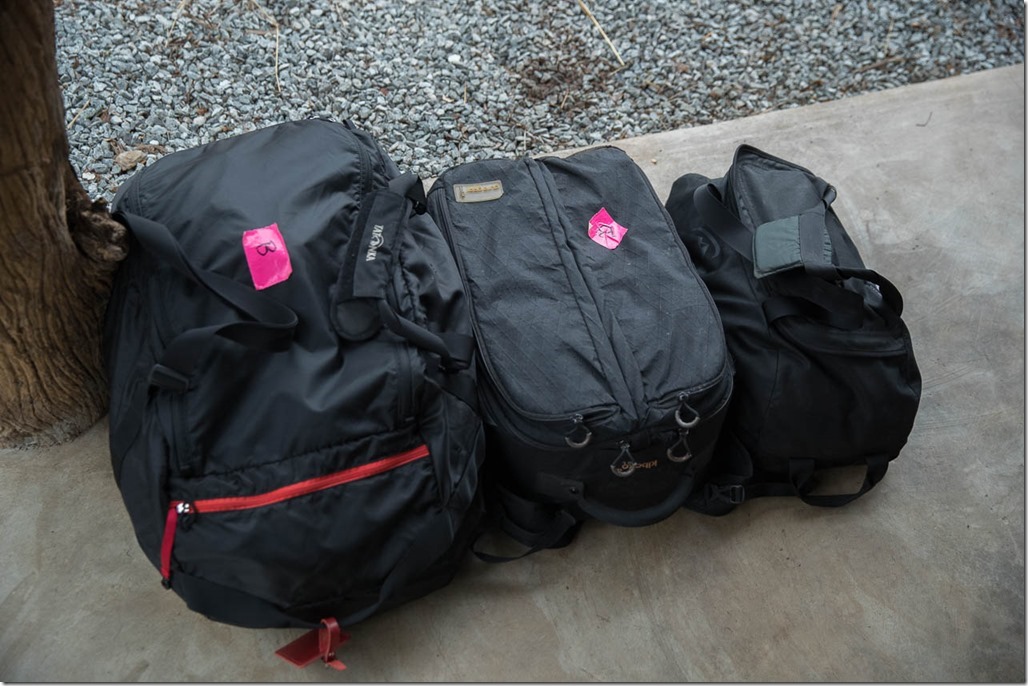 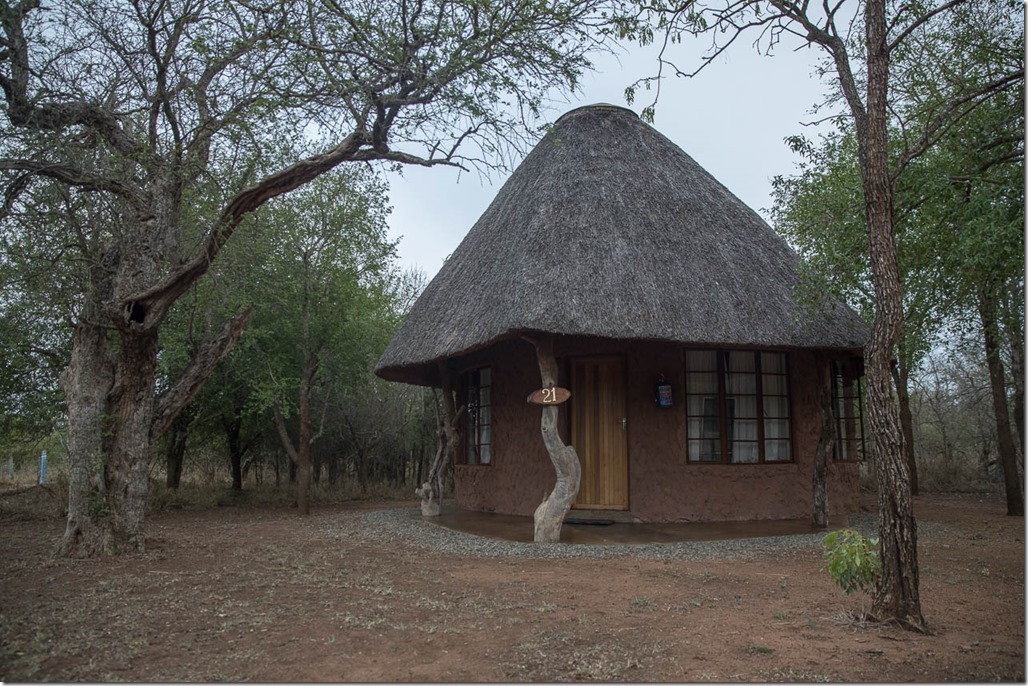 So we already had to say goodbye again to King Mswati III, his 14 wives and Queen mother Ntombi. 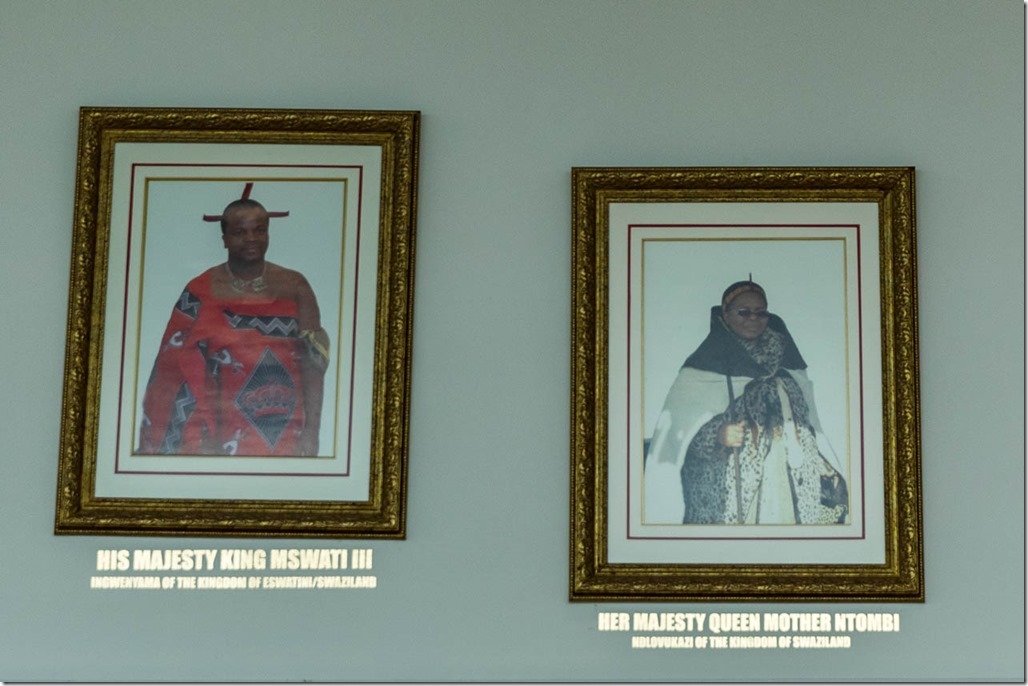 Today we were flying for close to 4 hours over water. So we got some instructions of how to operate the life raft in case of emergency and the where the life vests are stored. 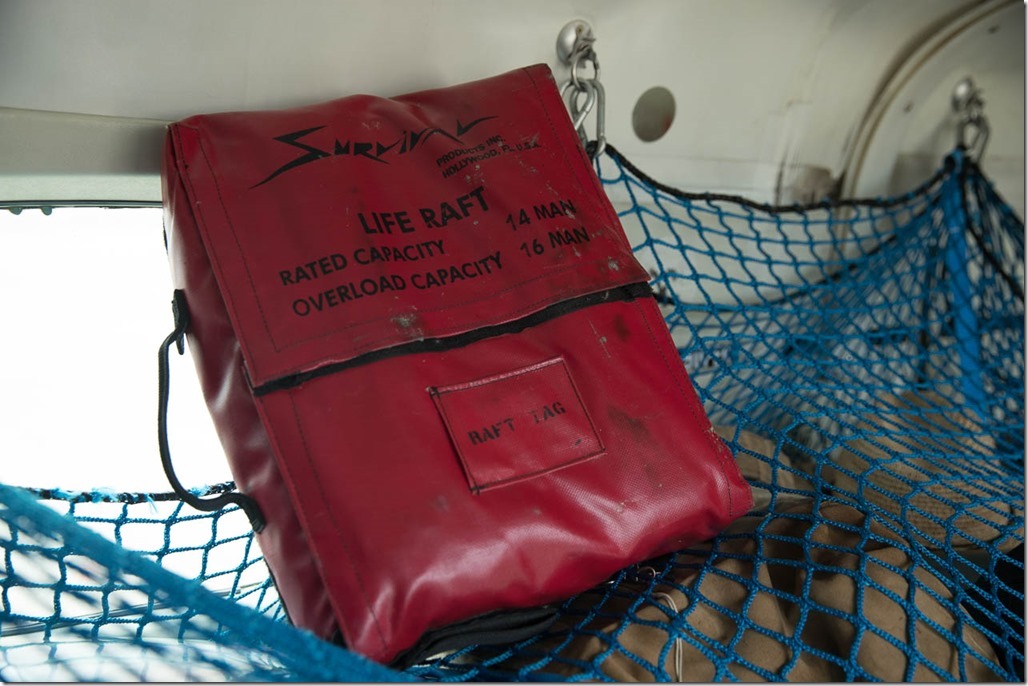 And since the flight was also pretty long in duration we made sure the toilet was easily accessible. But as usual nobody had to visit it. Maybe just the idea of having to use it suppresses any activity inside the body working towards that target … 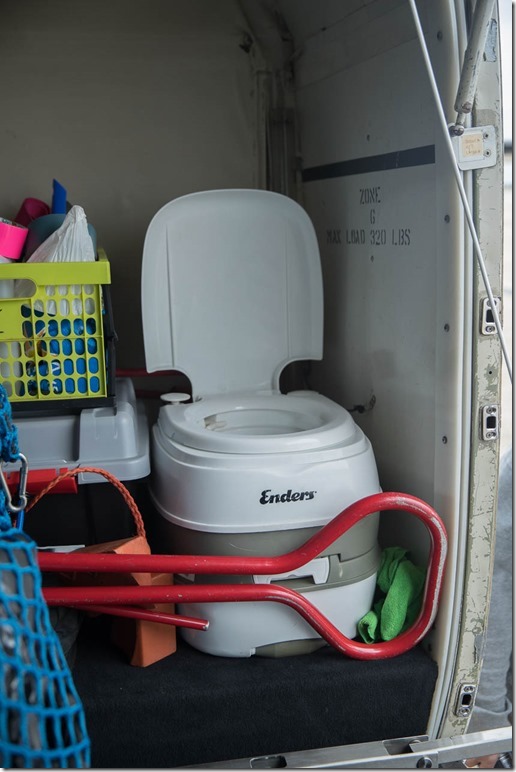 Good, so we were all set! Boarding complete! But there was kind of a problem. Georg wasn’t here. He got stuck somewhere in the airport building. I don’t know the exact circumstance but a very educated guess would be that paying the landing fees got delayed. If this happens it is usually because the credit card terminal is broken (forcefully or accidentally) and he needs to change money which is of course in a completely different part of the building which requires to go through security a couple of times … 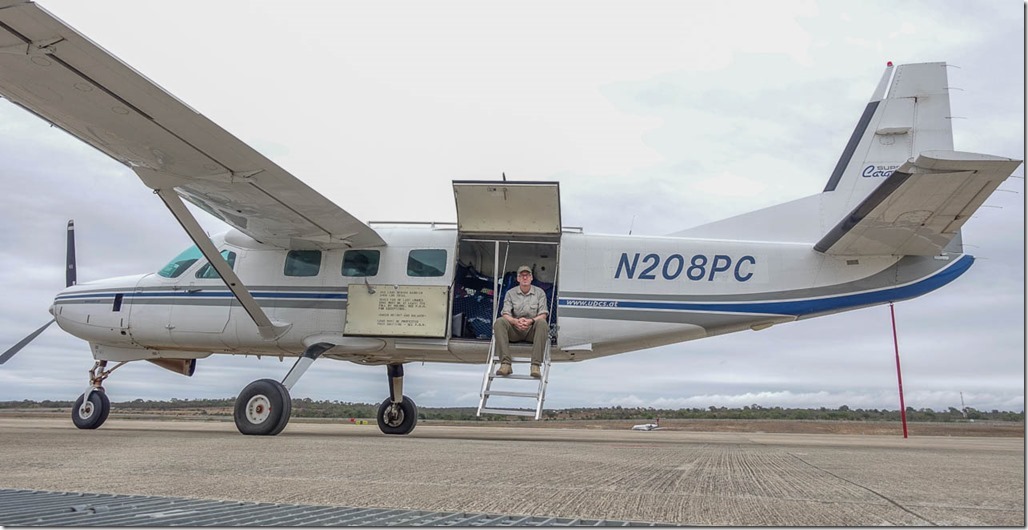 Eventually he made it and was speeding to our plane. 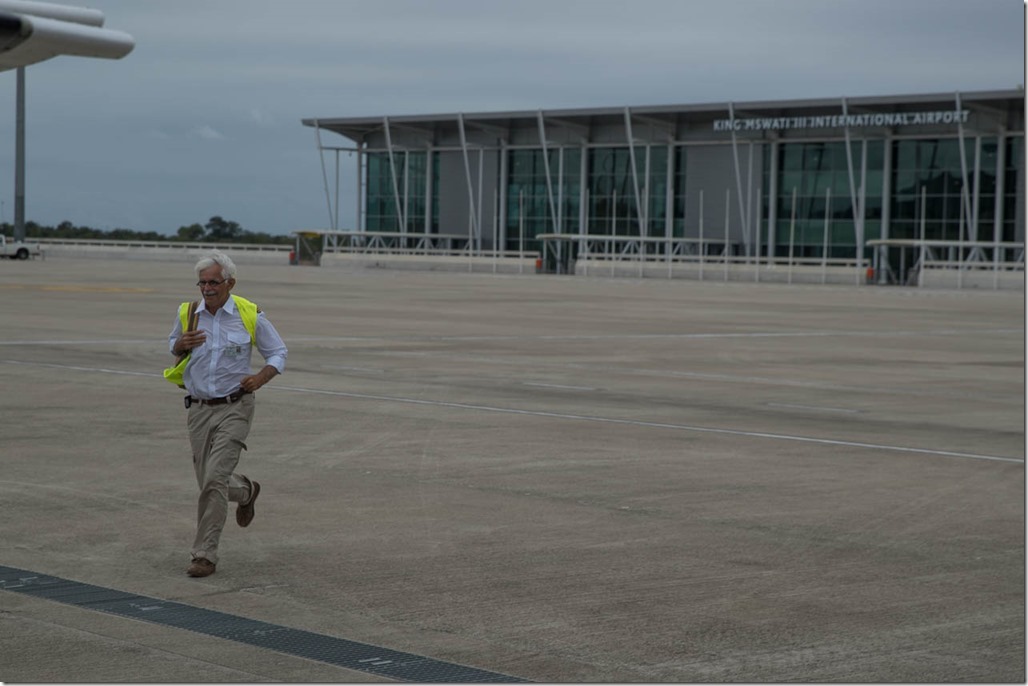 Shortly after take-off we could see the camp from the previous night. 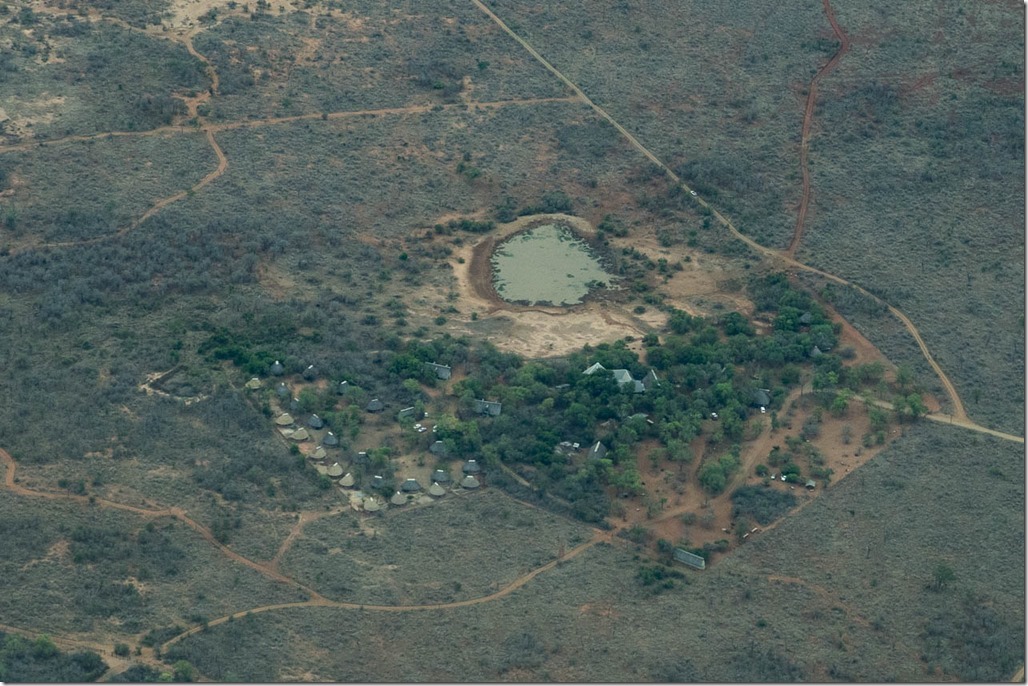 And then there was water and water and water. I would kindly point out that clouds also consist of water just in case somebody is complaining that the following picture doesn’t show the mentioned water. 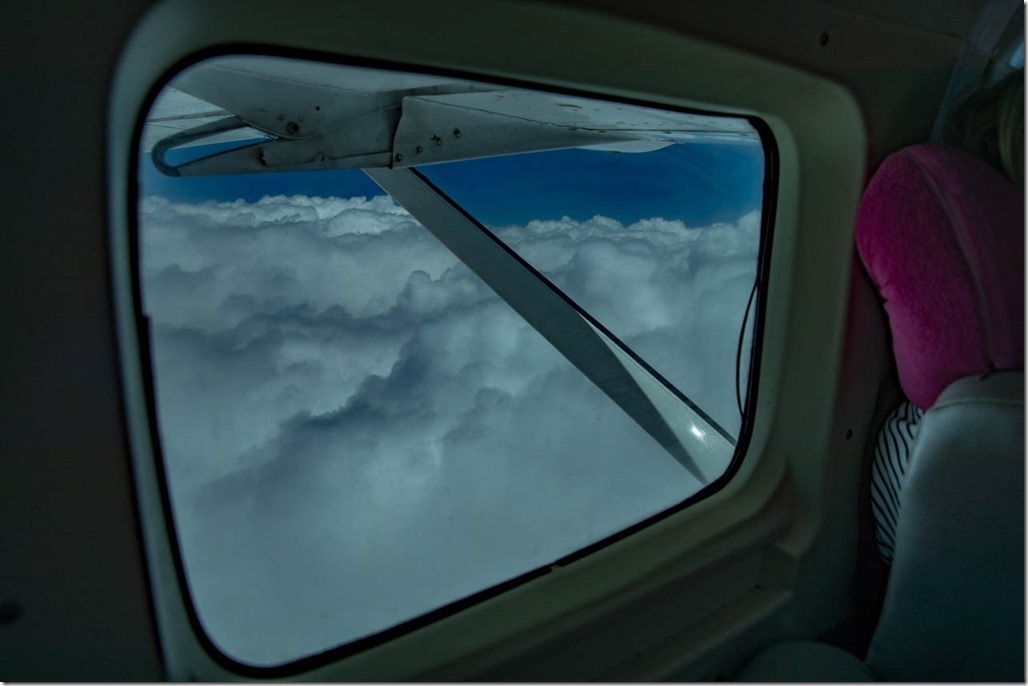 3 hours without anything exiting to see requires some other activities. Even though the following picture might suggest that the seating is rather uncomfortable I have to say that it is not. 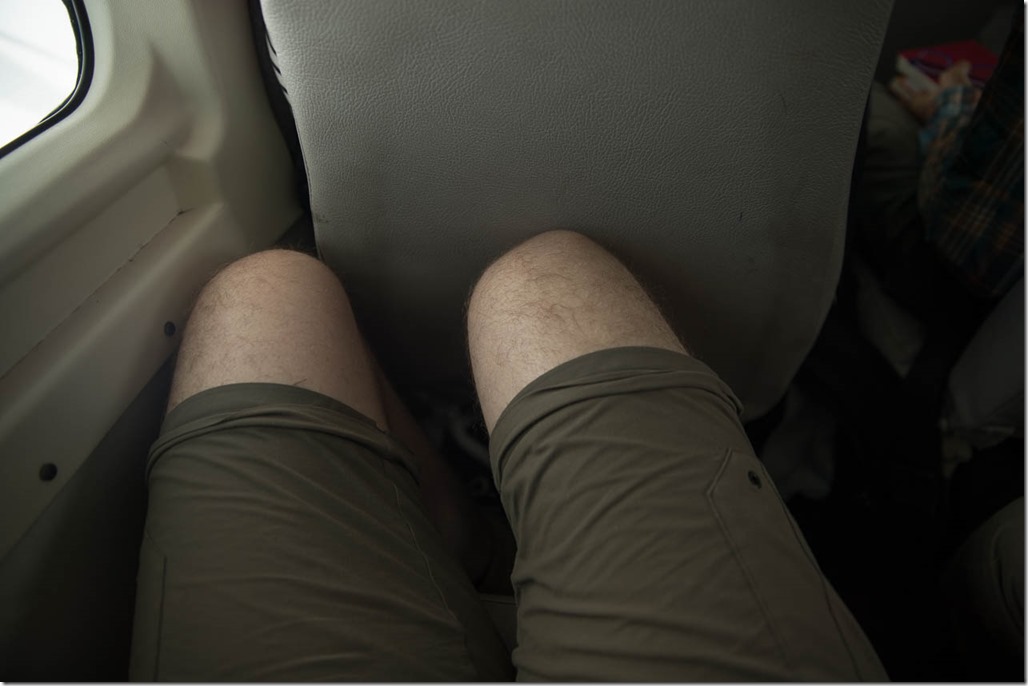 Since I was sitting the last row I was responsible for a couple of things. 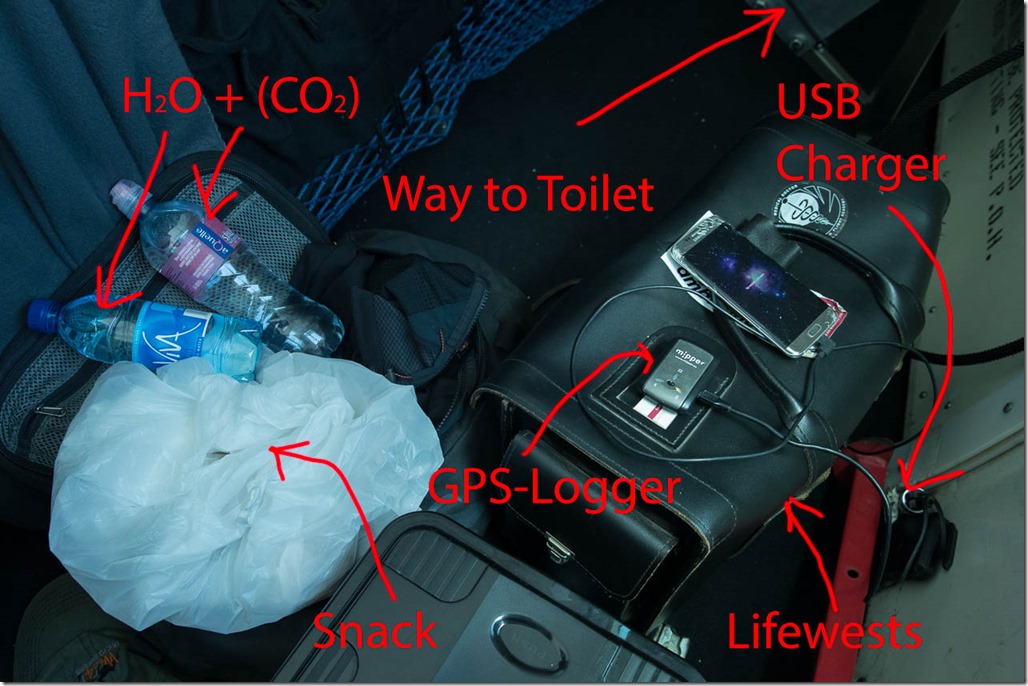 Eventually the clouds disappeared. And there was still plenty of water around to take pictures. 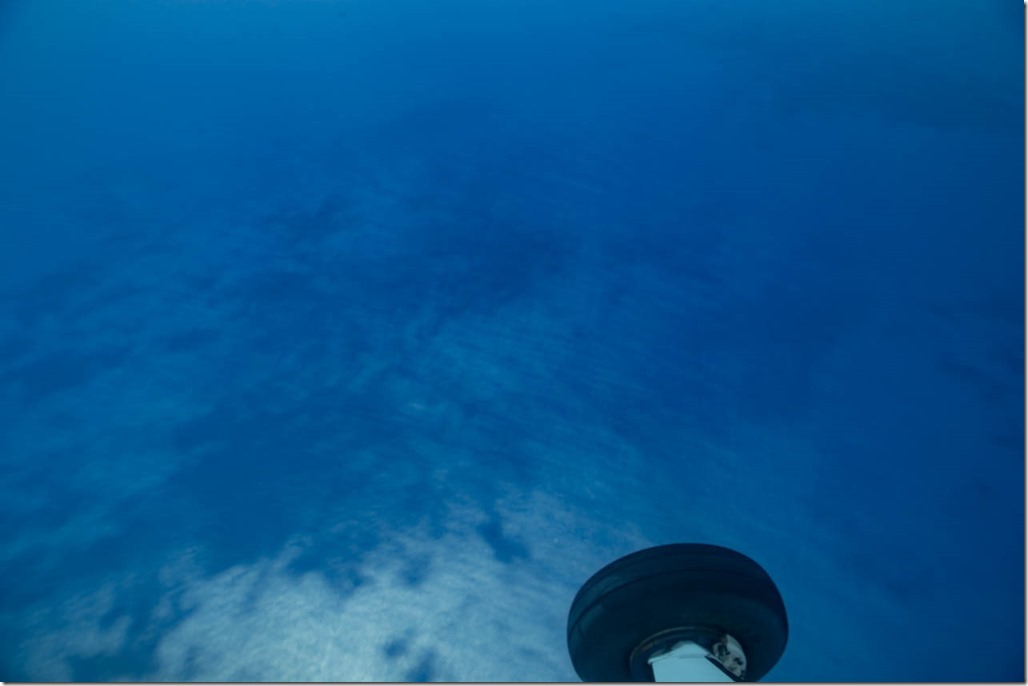 Shortly before the landing in Tulear we were back over land. 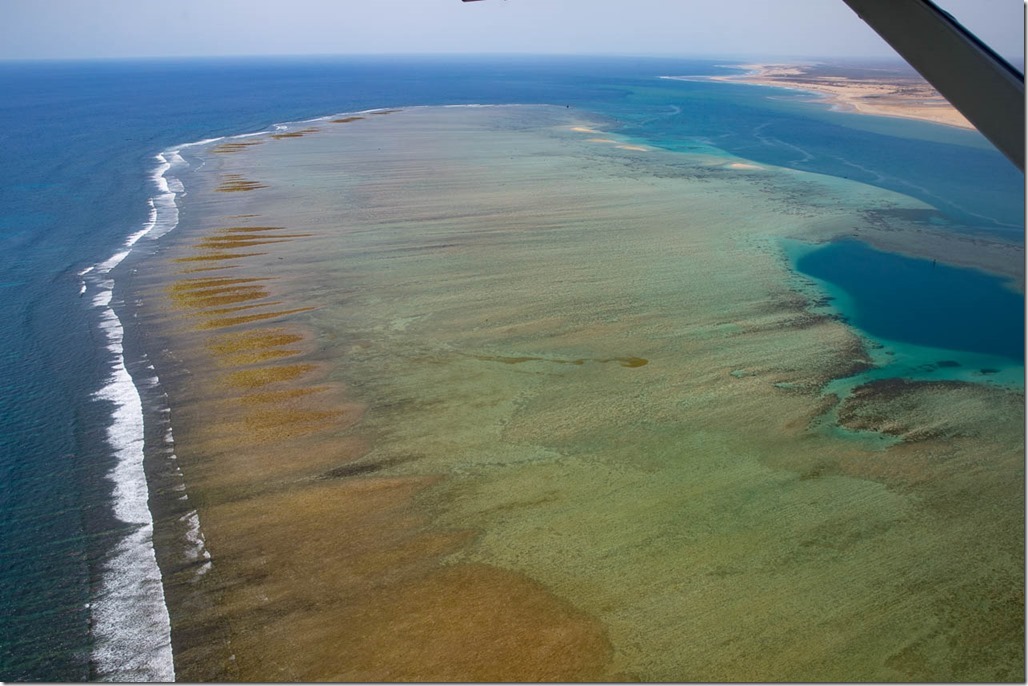 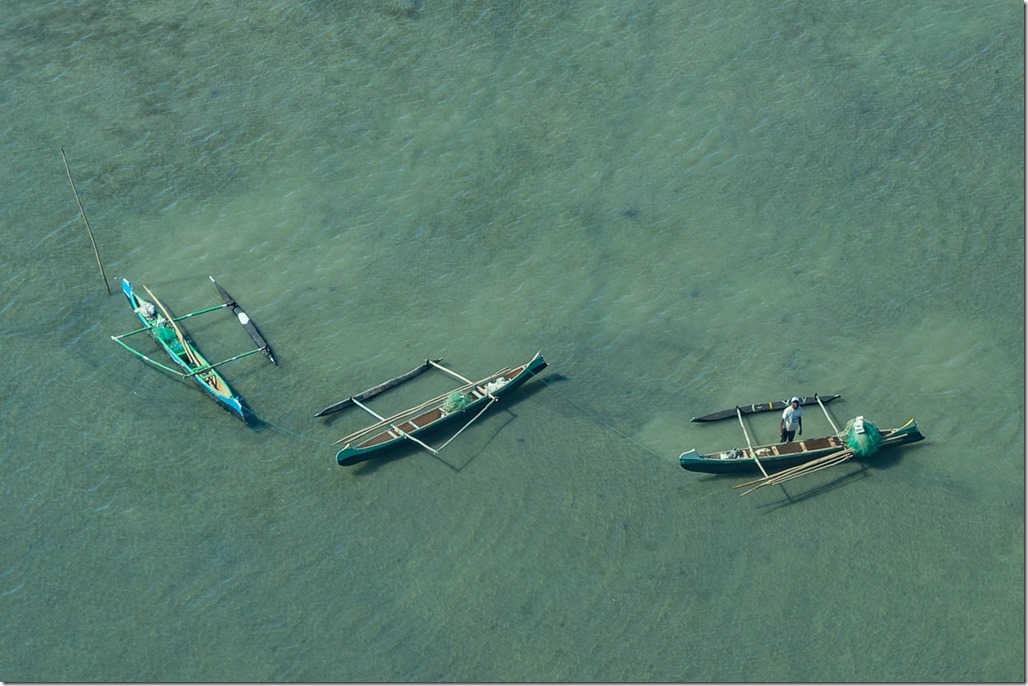 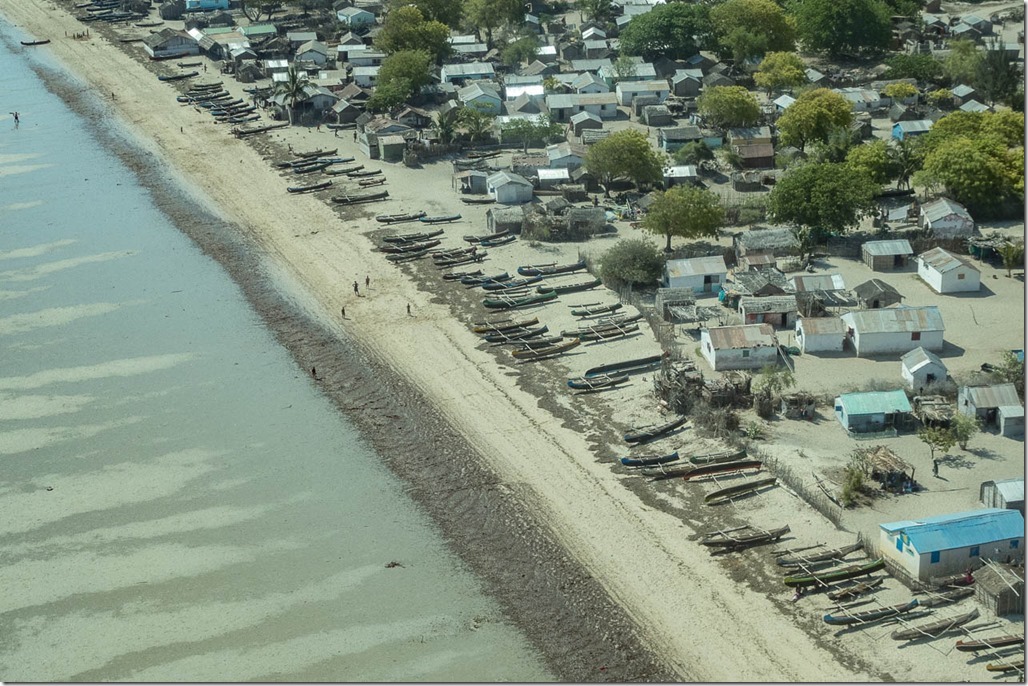 Shadow of the plane in the water with a boat. The immigration in Tulear was slow but steady. It was costing 30$ dollars and a full page in my passport: 3 Stamps and lots of signatures. And they also checked out vaccination cards.

This was home ground for Georg who had been flying a lot in this area during the last years. So when we started we were staying (very) low and did a number of turns over the lodge where we will stay for the last night in Madagascar.  (As you can see my GPS wasn’t able to keep up the the fast changes of direction) 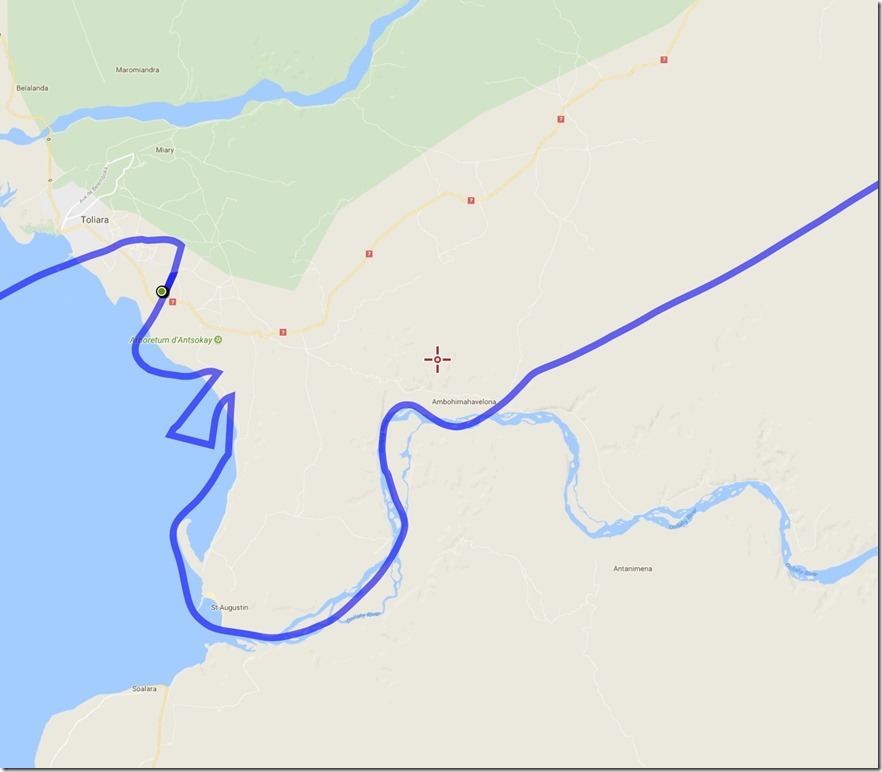 After that we were following the river bed for some time, again stay low 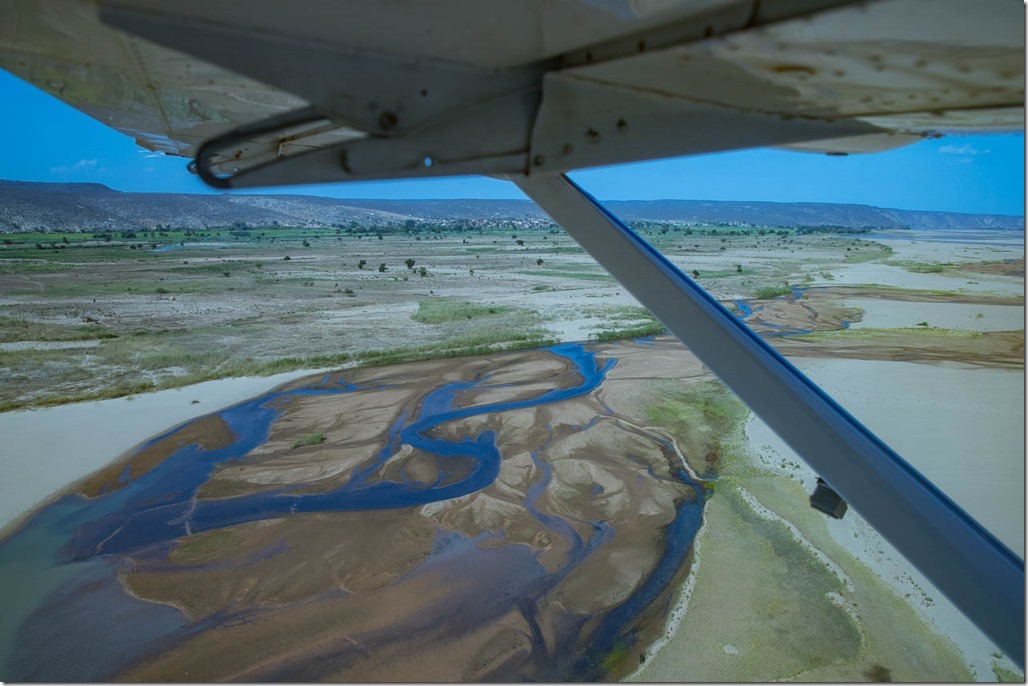 Flock of birds with another bigger bird. 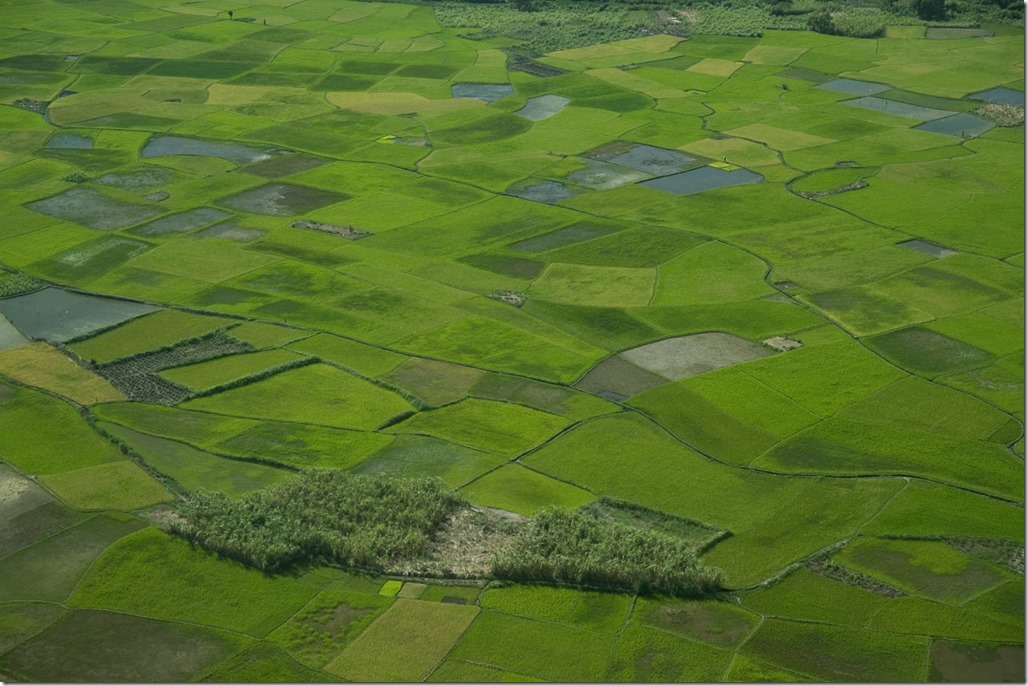 Once we left the river the landscape changed. Interesting patters of erosion. Approaching Airstrip “Relais de la Raine” where we would stay for the night. You can see that there was some bush fire recently. All (cough …) people were required to push back the plane a bit. 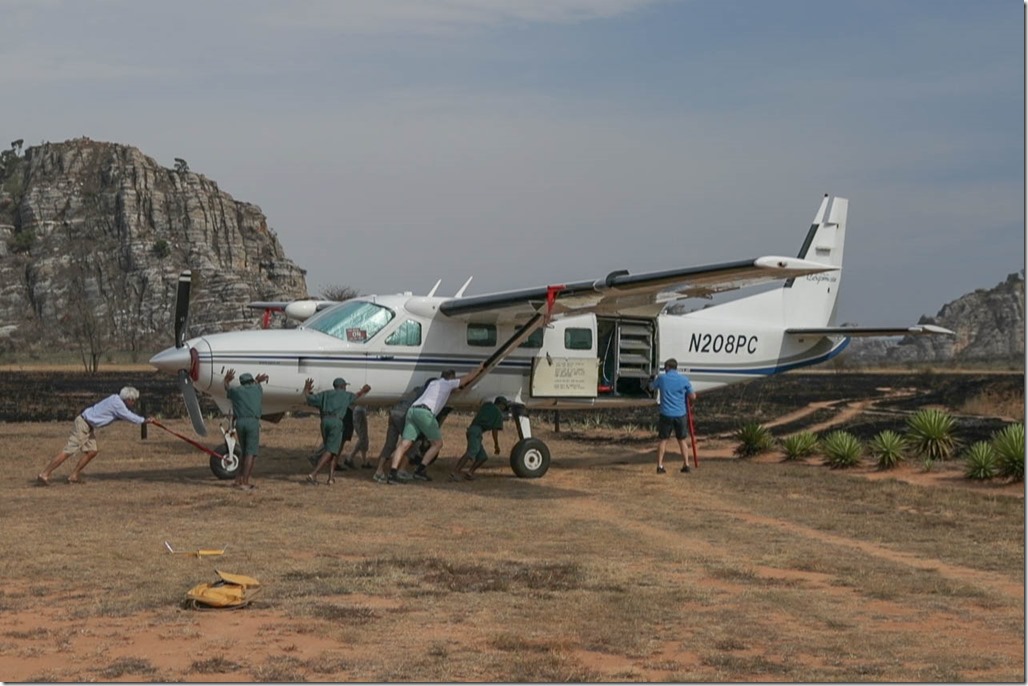 May I present Georg working with “The Claw”. The pilots decided to tie down the airplane as there can be quite some wind in this area. And then we were ready for “Le Relais de la Reine”. This hotel is beautifully built into the rocks and has everything you would like to have. Lucky we are here for two nights.