All set, ready to go! N208PC still in Namibia but will arrive tomorrow in FACT. I am flying today from ZRH to MUC with LH2371 and then to CPT with LH574. All flight permission for Madagascar received. So we are good to go! What is all this gibberish talk?

Well, the translation is rather simple: Today I was flying with Lufthansa from Zürich (ZRH) to Munich (MUC) and then to Cape Town (CPT). N-208PC is the registration number of our plane for the upcoming trip, a Cessna 208 usually located in Hohenems. During summer time it is used for skydiving and in winter for flights to Africa or some other place. In order to get an idea of the plane here is a picture from my previous trip with it in Kenya, Lake Elementaita, Terminal B, Gate 55 … ready for boarding …

FACT is the four letter ICAO (International Civil Aviation Organization) code for Cape Town International Airport (CPT would be the 3 letter version of the same airport) and that’s where our journey to Madagascar with N208PC will start on Sunday. But wait. The plane is based in Hohenems and Cape Town, the starting location of our journey, is quite a number of kilometres away. This is absolutely true!  The distance is 9090 km to be precise. So how would a plane get from Hohenems to Cape Town? Planes usually fly and N208PC doesn’t make a difference there. So it is currently on its way to FACT with a first group of people. I did this trip in 2014. You can check out reports from that trip by visiting https://www.mittelholzer2014.ch. If you are wondering why the site is called “Mittelholzer”, this is because a similar trip was done by a Swiss called Walter Mittelholzer in 1914 from the lake of Zurich to Cape Town. Back then this was really adventurous. Nowadays it is just super cool (and only slightly adventurous).

On Sunday we will be flying from Cape Town to Lesotho. From there it goes to Madagascar where we will spent the most time of the journey. On the way back we will have a stop in the Kruger park area before returning to Cape Town. 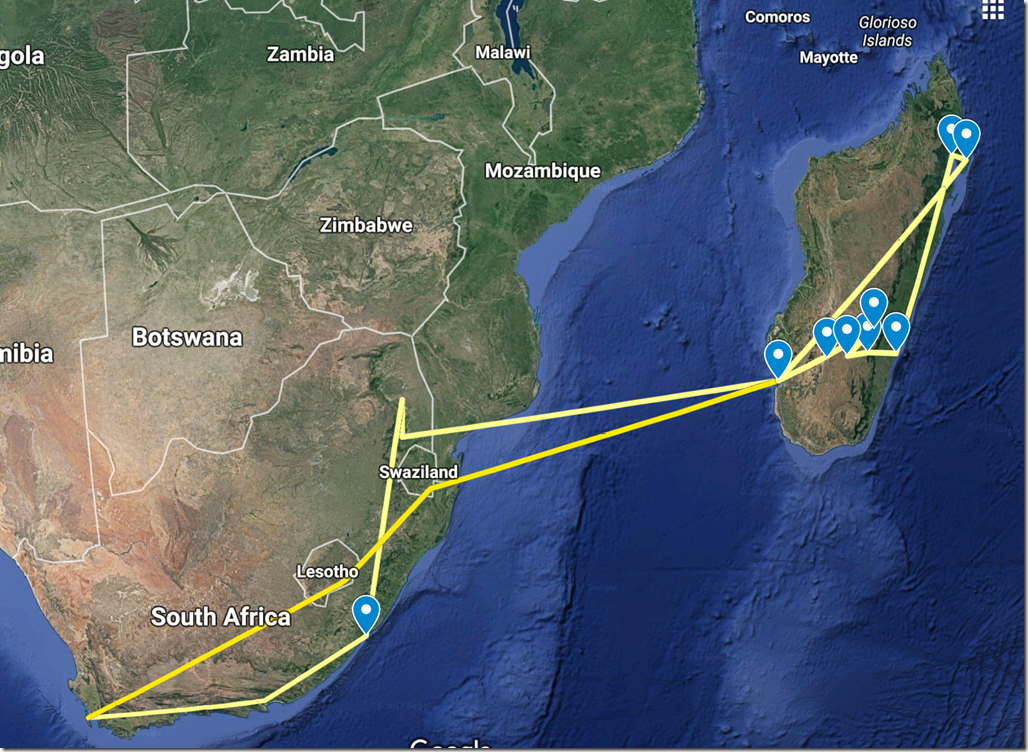 Having said all of this I had to focus on my own preparations. It is not as challenging as it used to be since I have optimized things quite a bit over time. This doesn’t mean that it is a controlled process. The table at home is still pure chaos during the final selection phase. But eventually the pure chaos turned into a properly organized bag … cough … As I had opted for the super light-weight (0.5kg instead of 2kg) bag, I had to make sure it was tightly filled with stuff in order to avoid things sliding around which potentially could damage it. 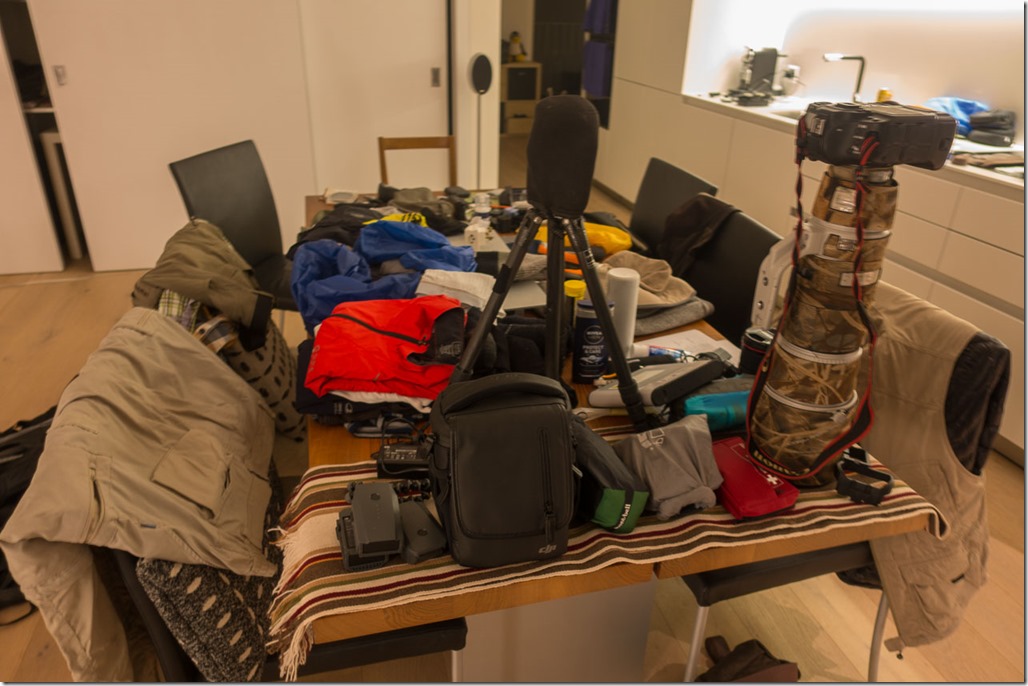 Since I had to get to Cape Town somehow, I was checking options. And there are many different options of how to get from Zürich to Cape Town. The most obvious one is a direct flight but it is only twice a week and it didn’t match with my dates. So I had to change somewhere and doing this in Munich sounded more appealing than Johannesburg. While I was waiting today in Munich for the boarding to begin there was an announcement that one seat in business class was still available. Interesting, let’s check this out! There was one person in front of me asking for the same upgrade. Damn. But luckily he didn’t want to pay the 999€ for the upgrade. So I had a chance to try my luck. My plan was slightly different though. I would only do an upgrade with miles but I wasn’t 100% sure if I had a ticket which was upgradable. It was … so I had a relaxing (night) flight to Cape Town for 30000 miles 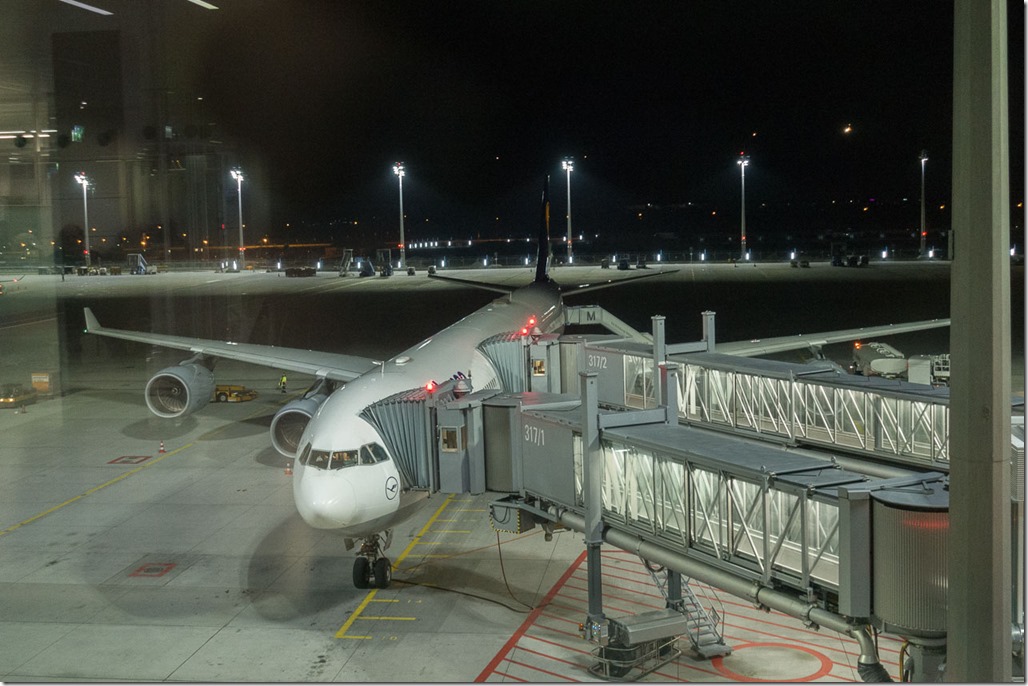 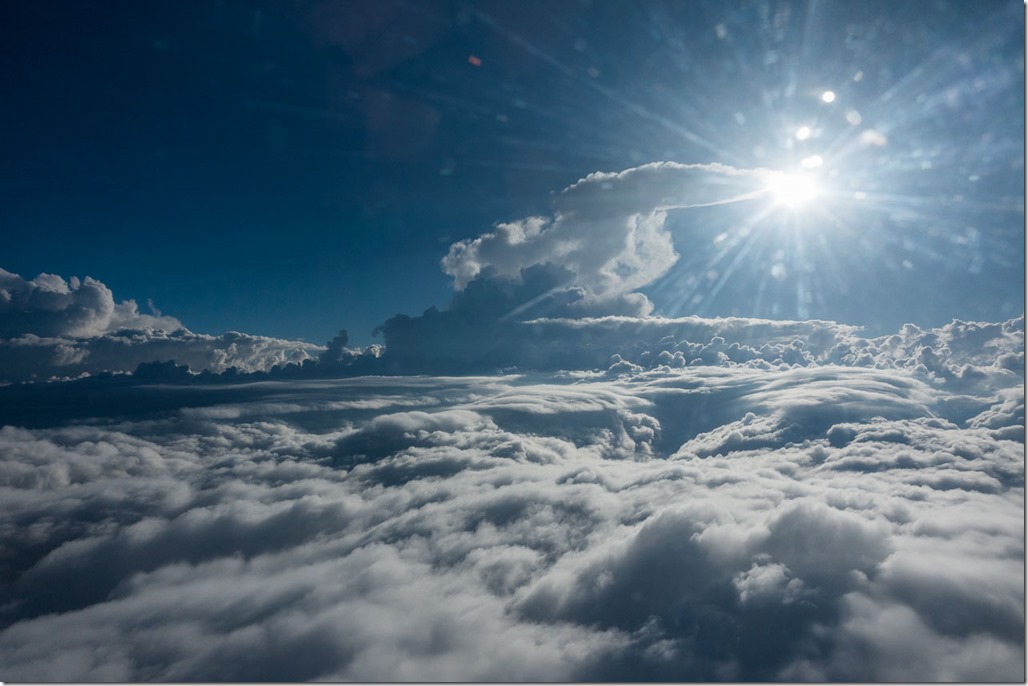