Today we started our journey towards Madagascar. No more theoretical talks. Practical execution was the game. And we had quite a distance to cover in the air as our first stop, an airstrip Heimville on the South African border of the Sani Pass was more than 1200km away which would translate to approximately 4 hours of flight time.

As I had to return my rental car I was leaving earlier with Georg, on or our pilots. I also had 40 litres of waters in the back. Our plane, the N-208PC was parked in the general aviation area of the Cape Town international airport. Sine we didn’t want to carry our luggage or the water to the plane we were driving with the car to the plane, something which is not allowed at all but here nobody seemed to care.

Another nice thing was that instead of returning the car to the rental company I just called them that I had parked the car here and they should picked it up. Finished! Lazy Marco After a short security briefing of what to do and what not we departed toward Heimville. 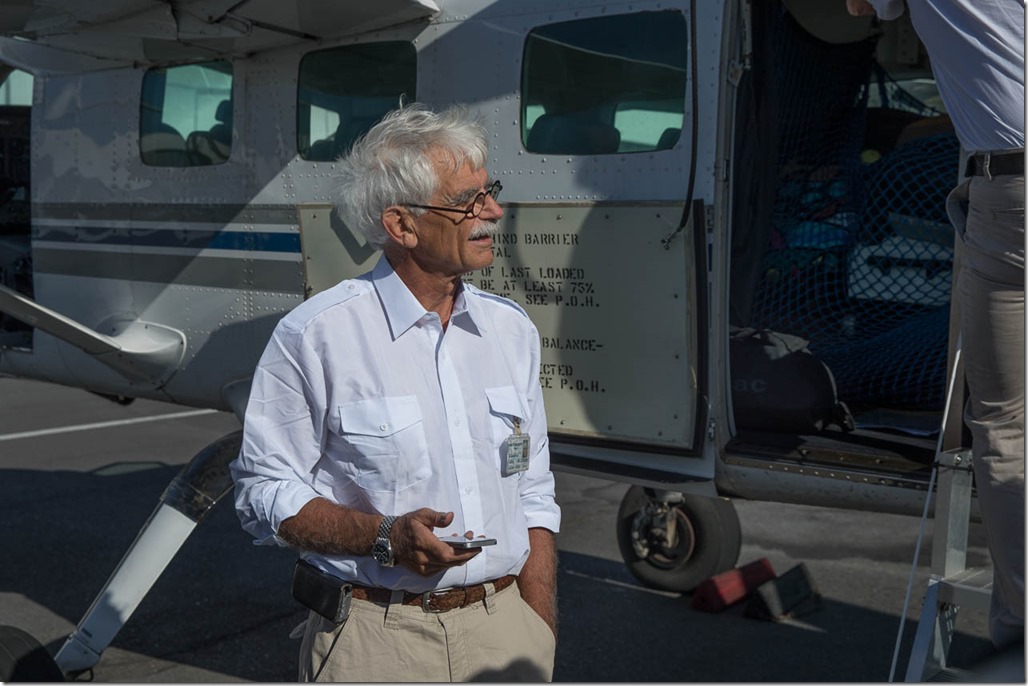 Shortly after take-off we were flying a couple of minutes of False Bay. 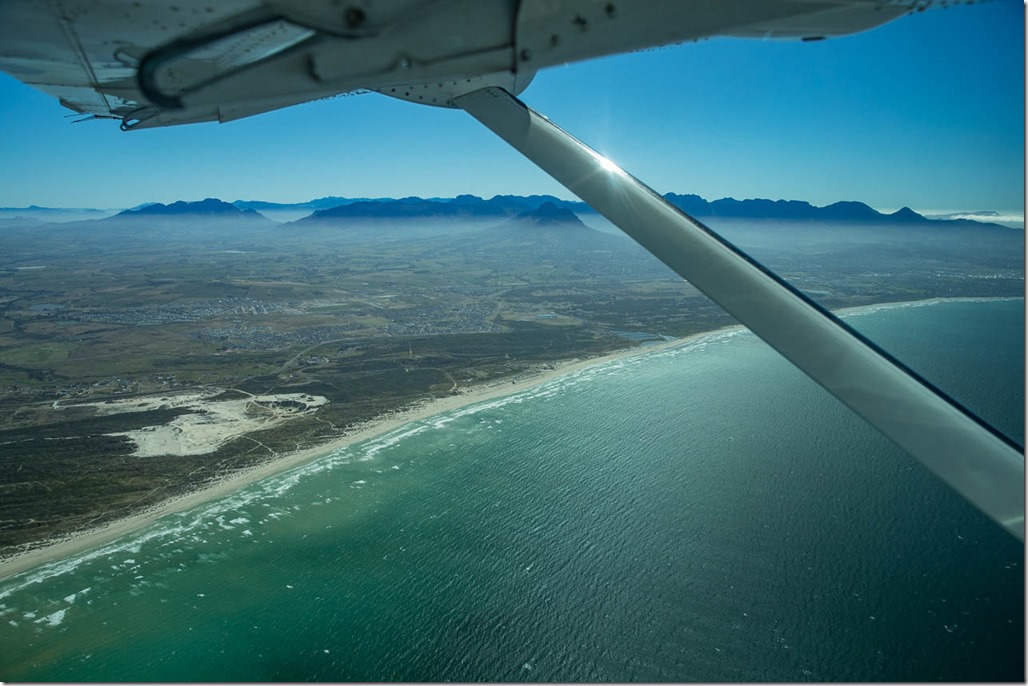 Unknown island in an unknown lake in an even more unknown area. Actually all the picture have GPS information in it. So I could look anything up on Google but that’s beside the point. It just an island which looks nice from above. Some more shots from above. 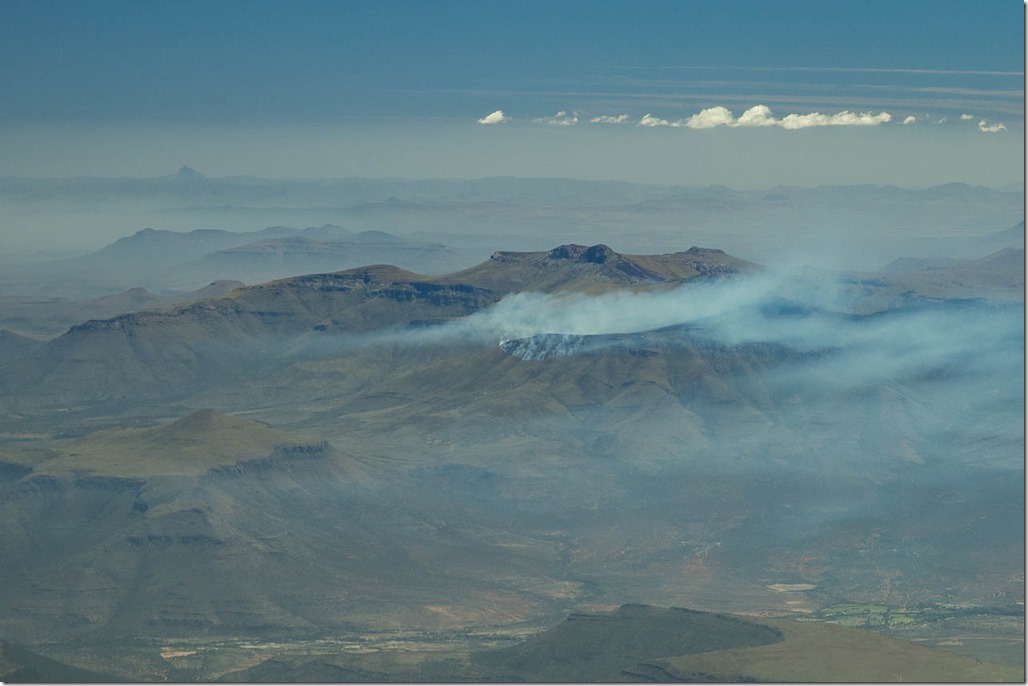 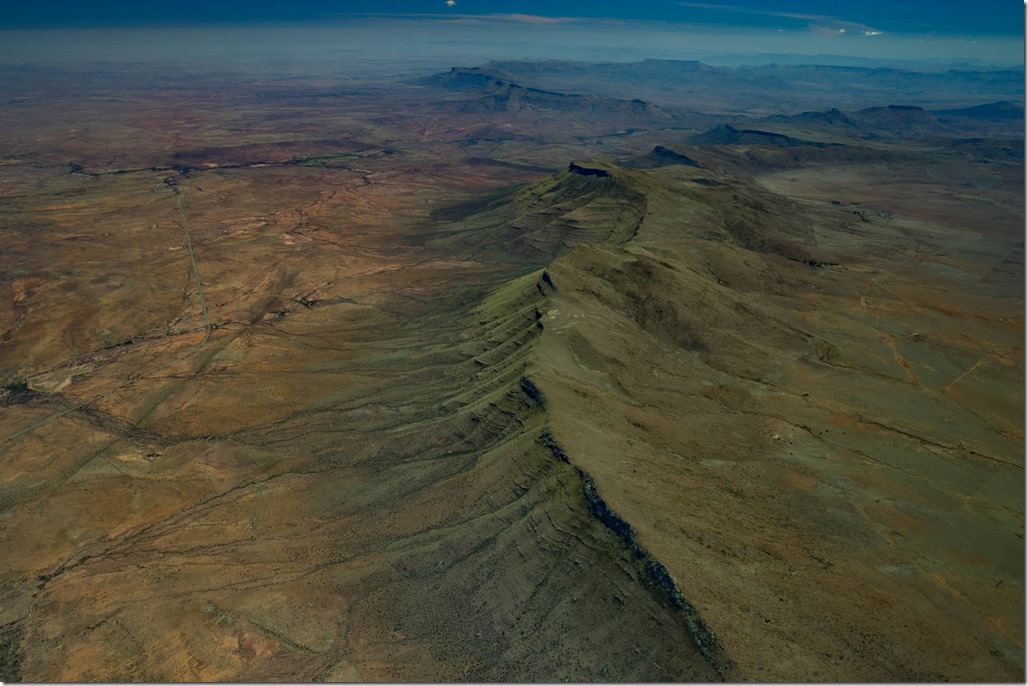 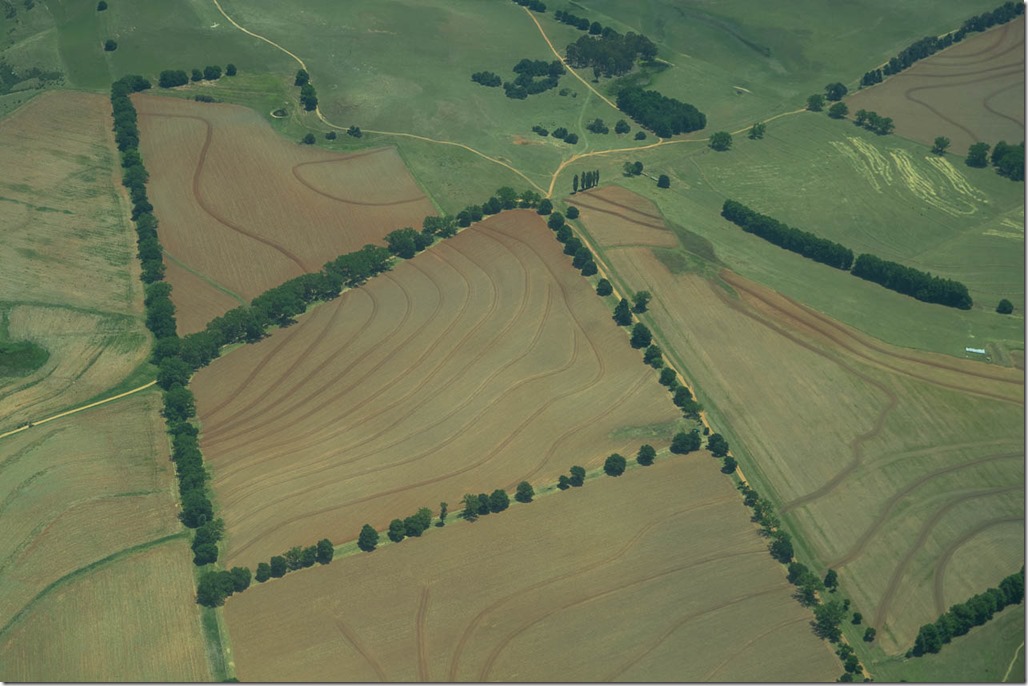 We were reaching Heimville airstrip after 3:55h of flight. Since all luggage had a priority tag on it immediately delivered on carousel 1. This year the Caravan is featuring Stairways V2.0! This is a highly improved version over V1.0 and accelerates boarding times at least by factor 2. In Heimville the passengers went on a road trip to Sani Pass while the pilots had to bring the plane somehow into Lesotho. They departed to Bloemfontein where they did the exit from South Africa and continued to Maseru for the entry into Lesotho and then continued to Mekothlong where we would meet tomorrow. Quite a journey I would say. The biggest challenge is not the flying part but the administration when crossing borders …

Meanwhile somewhere on the Sani Pass … Philip one of our guides and drivers from the next  day was using this stone to explain the structure of Lesotho. The water here is so clean that you can drink it without any treatment. I am not sure if everyone in our group was buying that story. 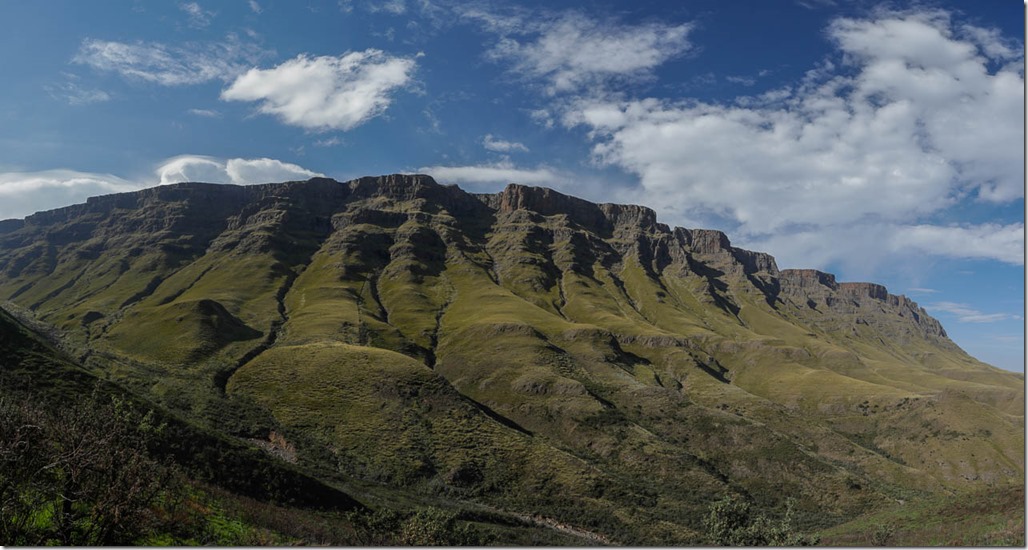 Philip, our guide, was describing it as a piece had been cut out of the cake of Lesotho. And that is exactly how it looked like: 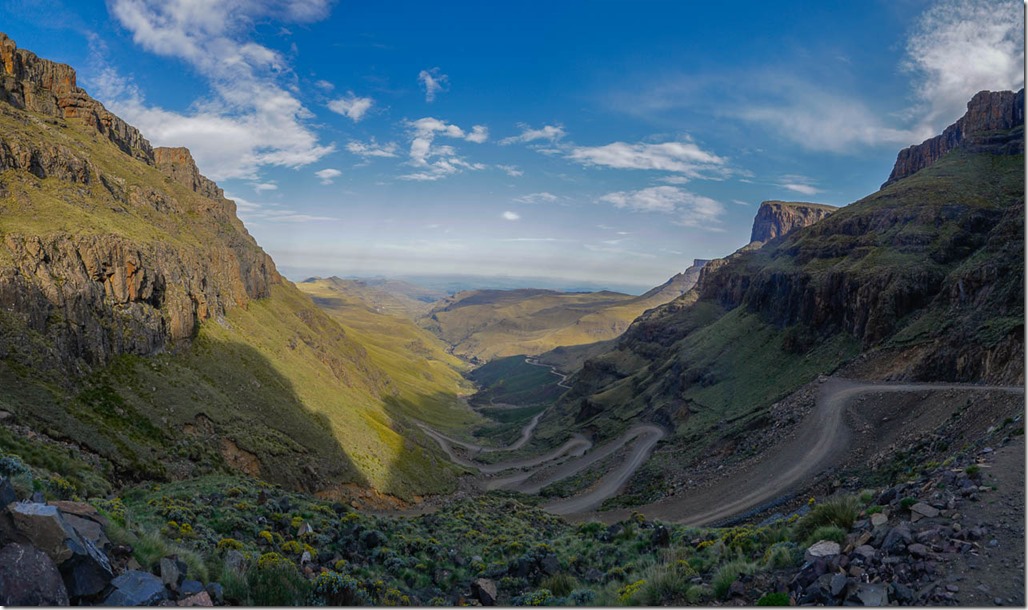 The following picture shows the border between Lesotho and South Africa.

Quiz of the day:  Which country is in the front and which one is in the back of the picture? 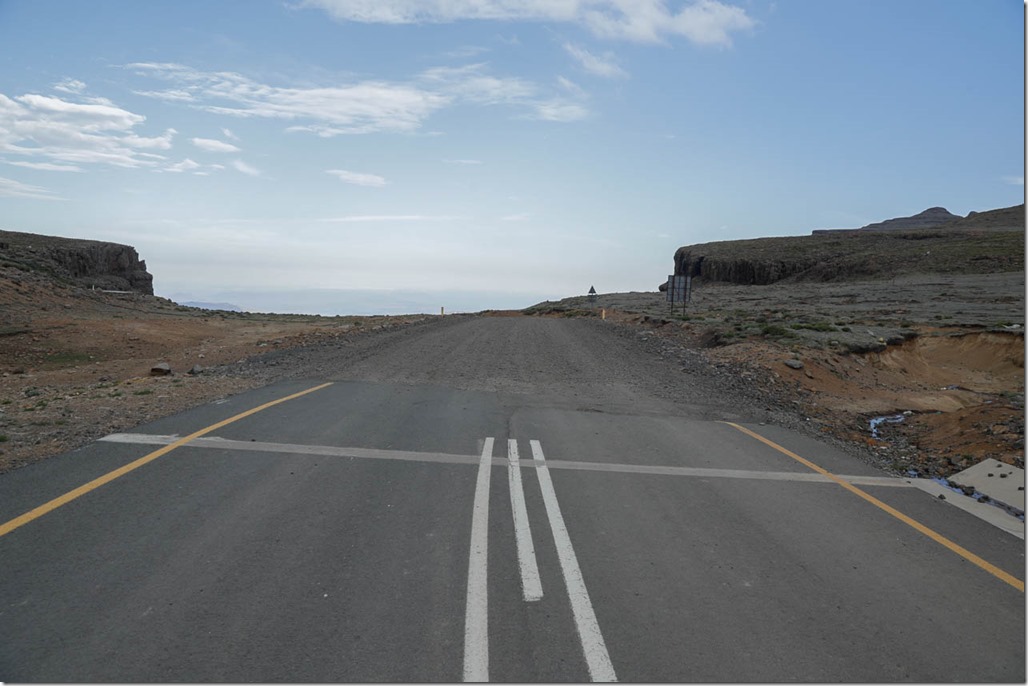 And the answer is: The tarred road in the front is the one from Lesotho, built buy Chinese workers and sponsored by European Union a few years ago. And the gravel road is the one from South Africa leading up the Sani Pass.

We made a short break there to visit the highest pub in Africa. With an altitude of 2800m I am not sure if it is really the highest one but let’s just assume it. It sounds nice, doesn’t it? 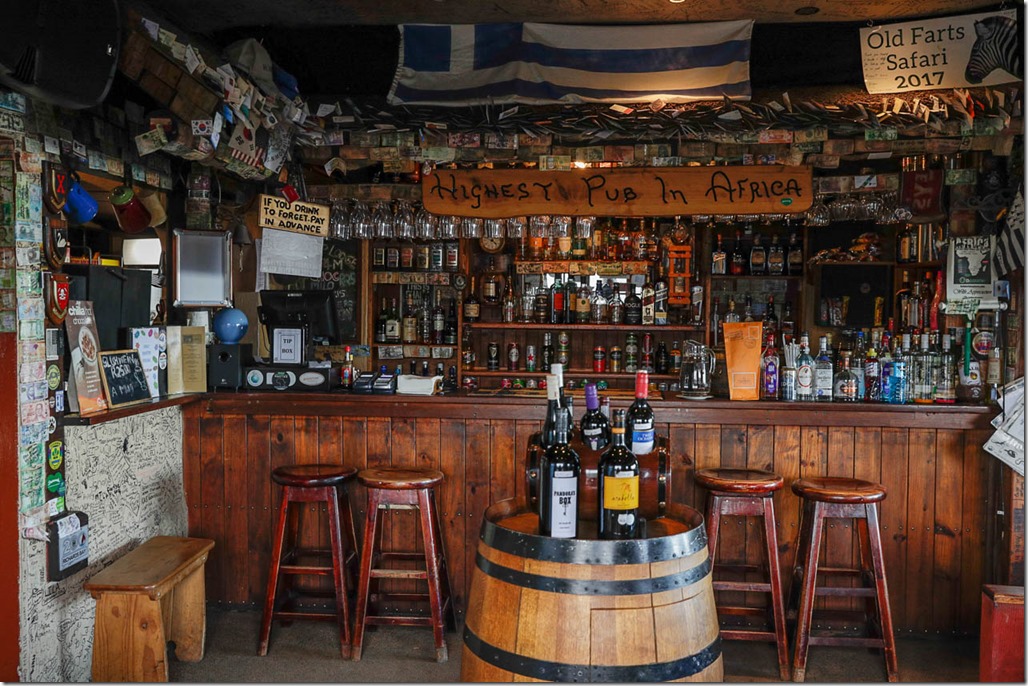 Our lodge for the first night was a couple of kilometres away from the top. I would say it is heavily guarded as yo can see on the following picture. 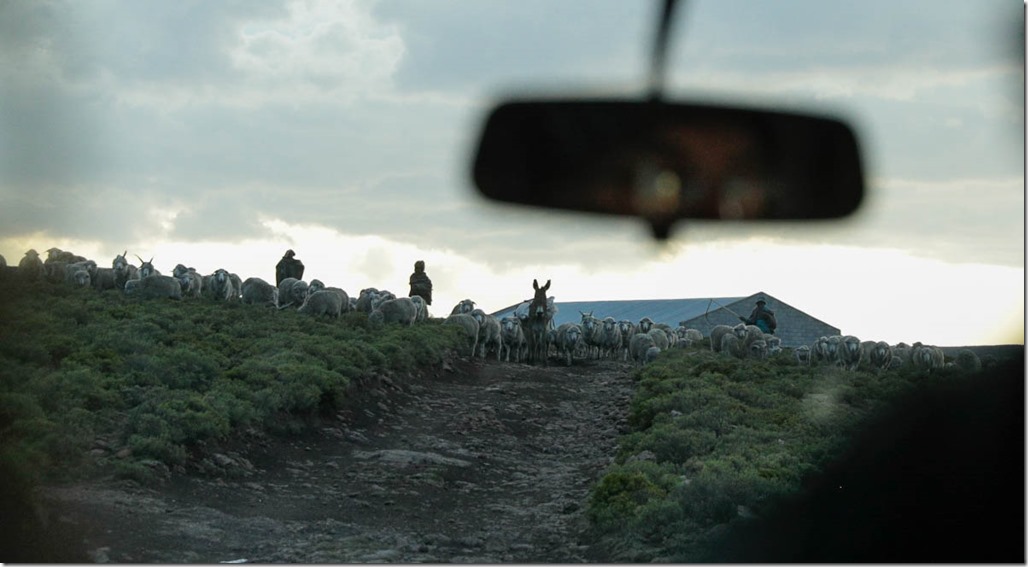 Eventually we were let trough. You can see one of the guards on the following picture. We were arriving at the lodge just for Sunset. It looks rather basic but eventually we had everything: Warm water and a nice cosy fire in every hut. Talking about guarding… this is the newest addition to the fortification. But be advised ! Your trousers are in real danger! We also received words from the pilots that they already arrived at their destination Mekothlong where they would pick us up tomorrow.