Getting Wet and flying north – Day 8

After one week of dry weather it was time to change things. The Masoala National Park where we were heading to is a rain forest with a heavy emphasis on rain. In fact Georg was telling interesting stories from his last visit where the water was even finding its way to the beds. And since we are not doing anything unprepared we had to start exercising how to deal with rain today.

Last night after the editorial deadline for “day 7”  the N208PC repair crew had to be activated for another emergency repair project: Georg’s new shiny photo camera wasn’t properly opening the lens anymore. Investigation clear could proof that a strike of unknown source had bended the metal lid which was jamming the opening mechanism. Due to the nature of the defect the usual “cable binder” or duct tape approach was out of question. However a Swiss knife was helping to restore the camera into a working state. Though due to the nature of the damage and repair only a 8 day warranty  was given for the repair which should cover the remaining time of our trip.

Let’s not get side-tracked, back to the rain! As we were waking up this morning there was some light rain. Not the heavy type of rain but enough to get you wet within reasonable amount of time. 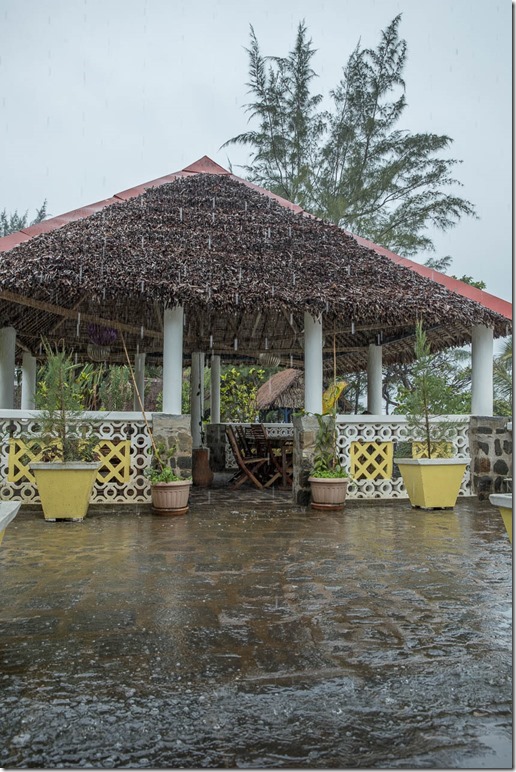 Before starting our journey further up to the north we were doing a trip in a rowing boat and visiting a fisher village. 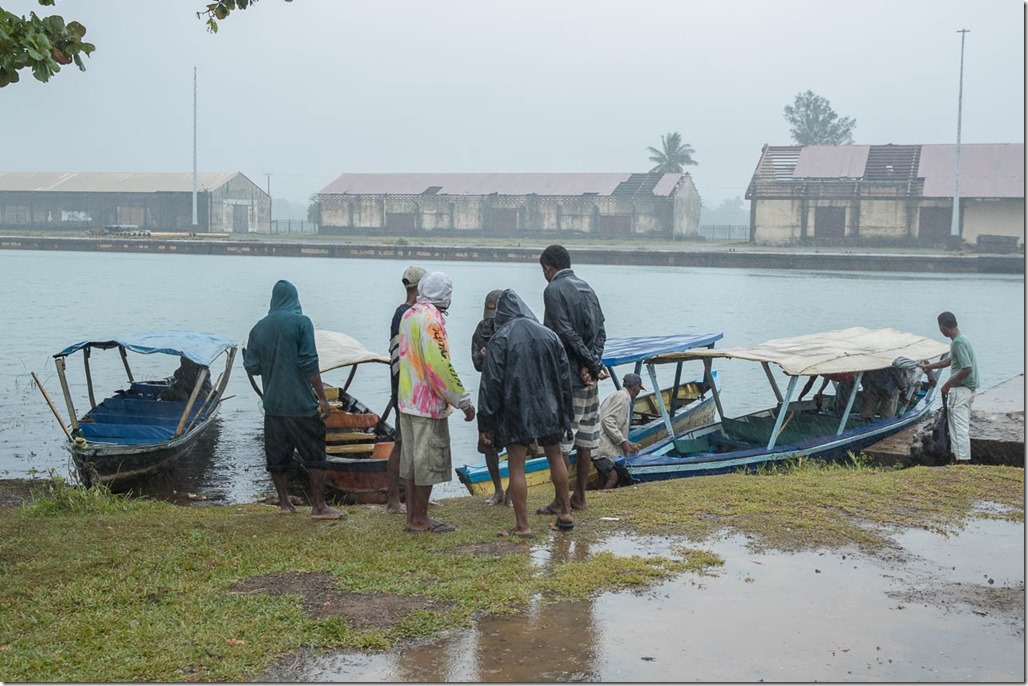 Our boat was “powered” by 6 rowers. 5 of them were responsible to create the required thrust while one in the front was adjusting the direction. I am not sure if we were specifically heavy or our rowers not well trained or running in eco mode but our boat got overtaken several times but other boats of similar load and size. 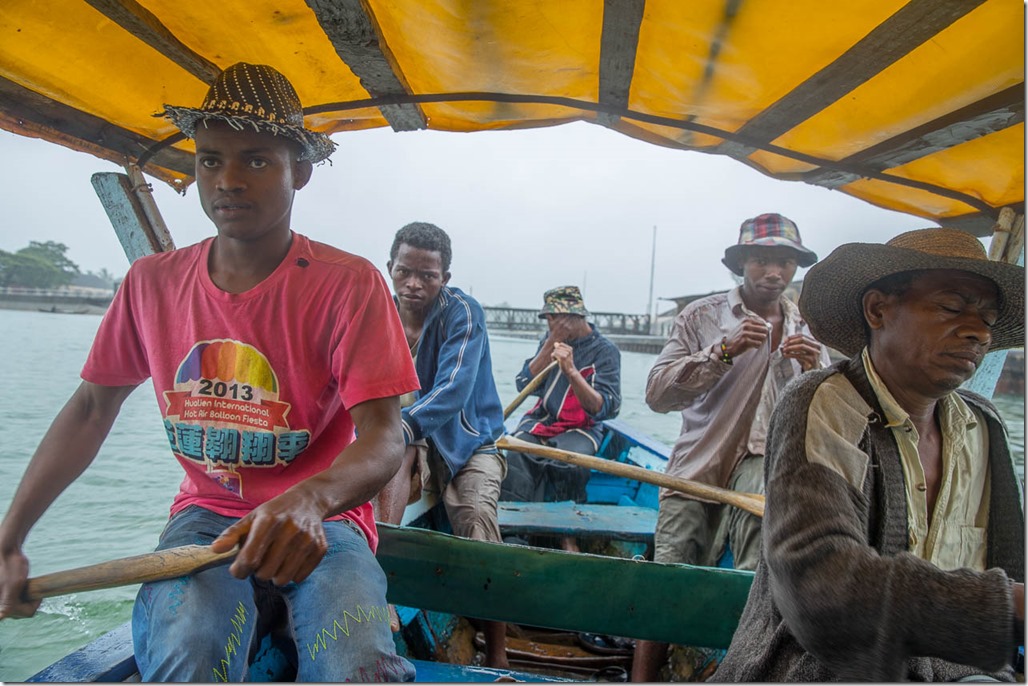 The bridge we use the previous day to get to our hotel. 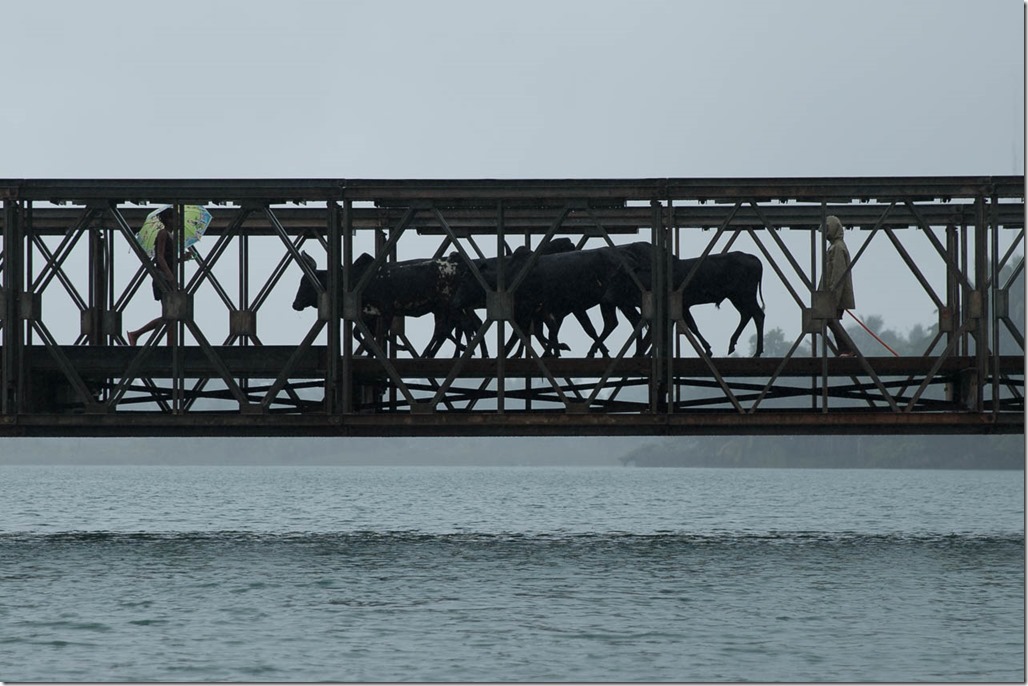 Getting through under it was pretty tight and obviously depends on the level of water. 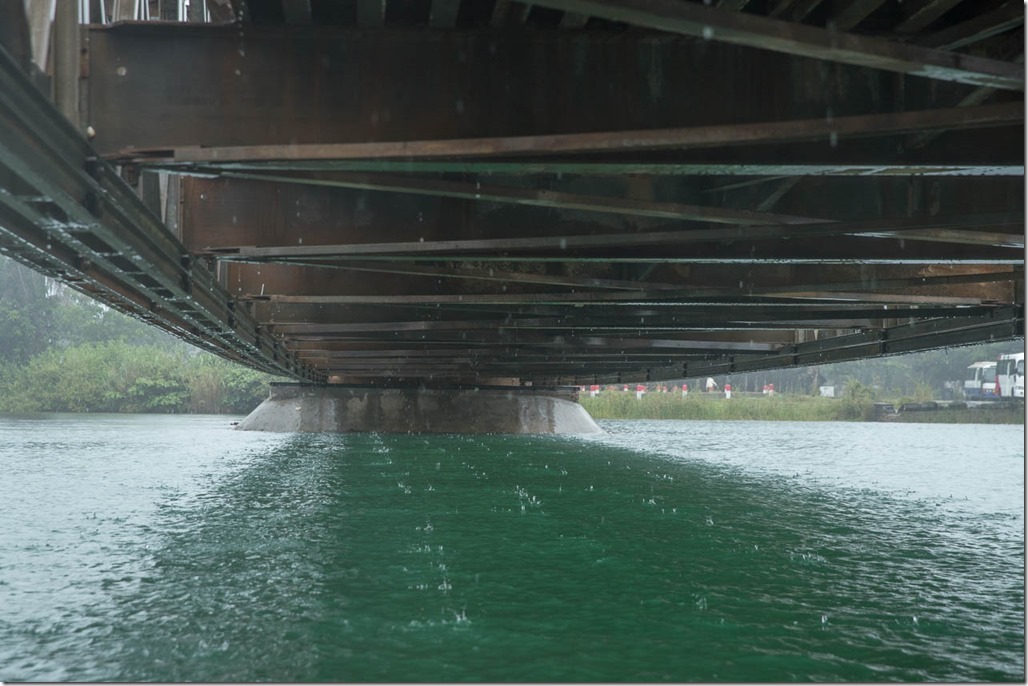 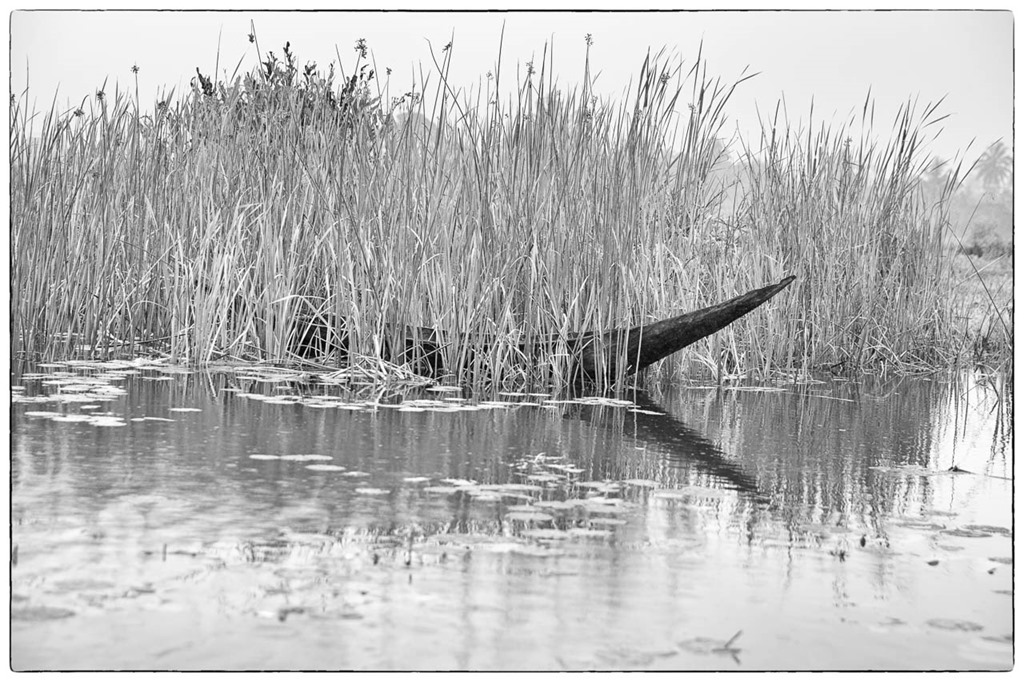 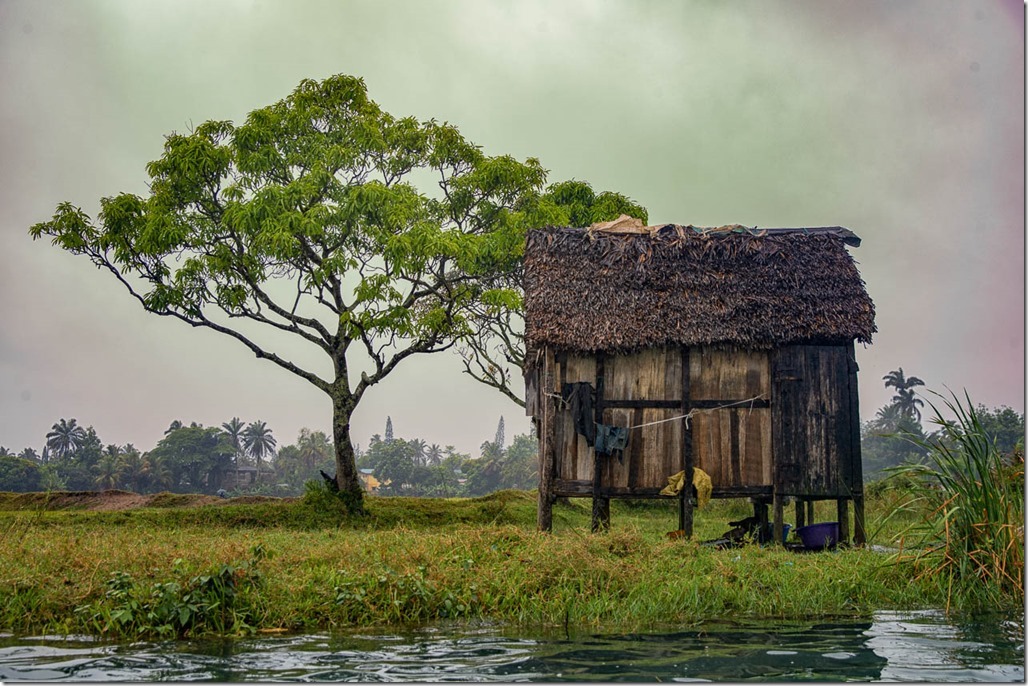 Trouble history of this bridge: One 10t trunk was bringing down one part while the other just collapsed on its own this year. 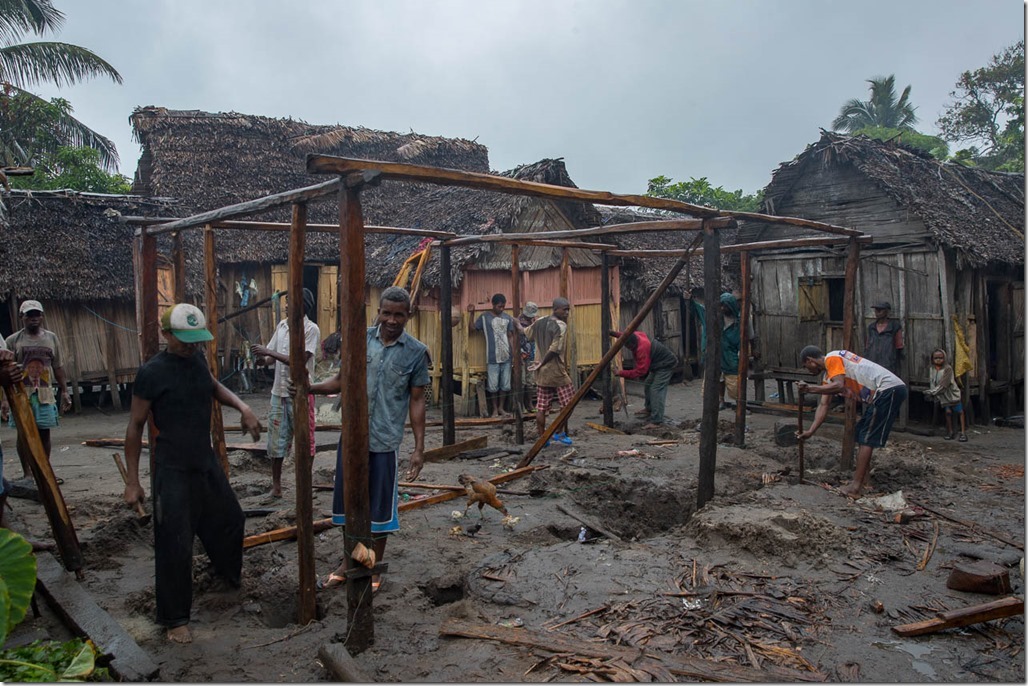 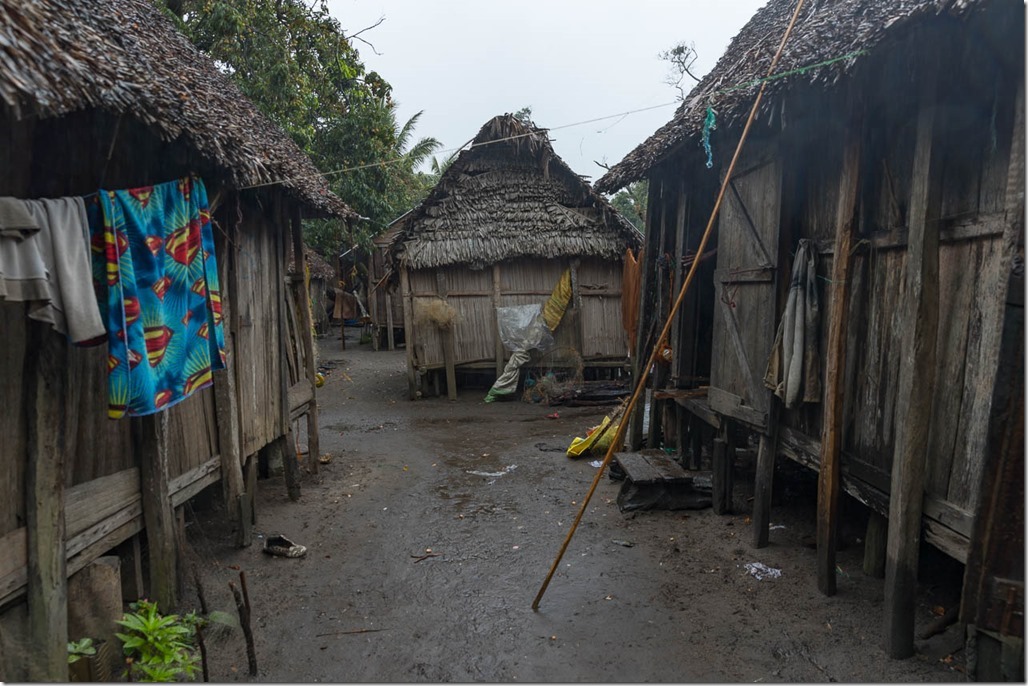 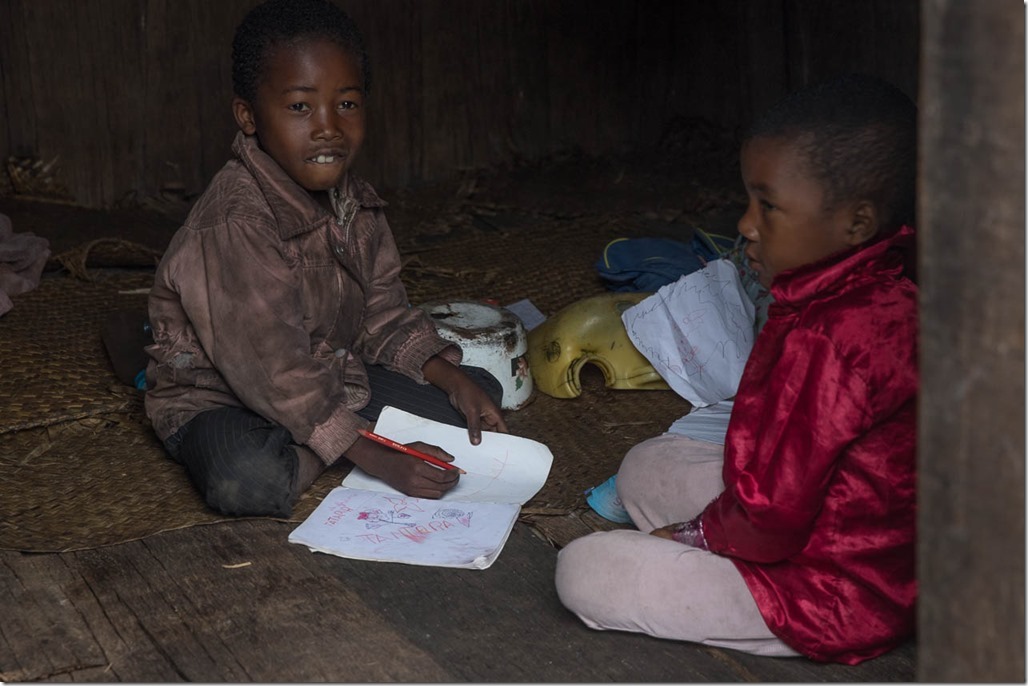 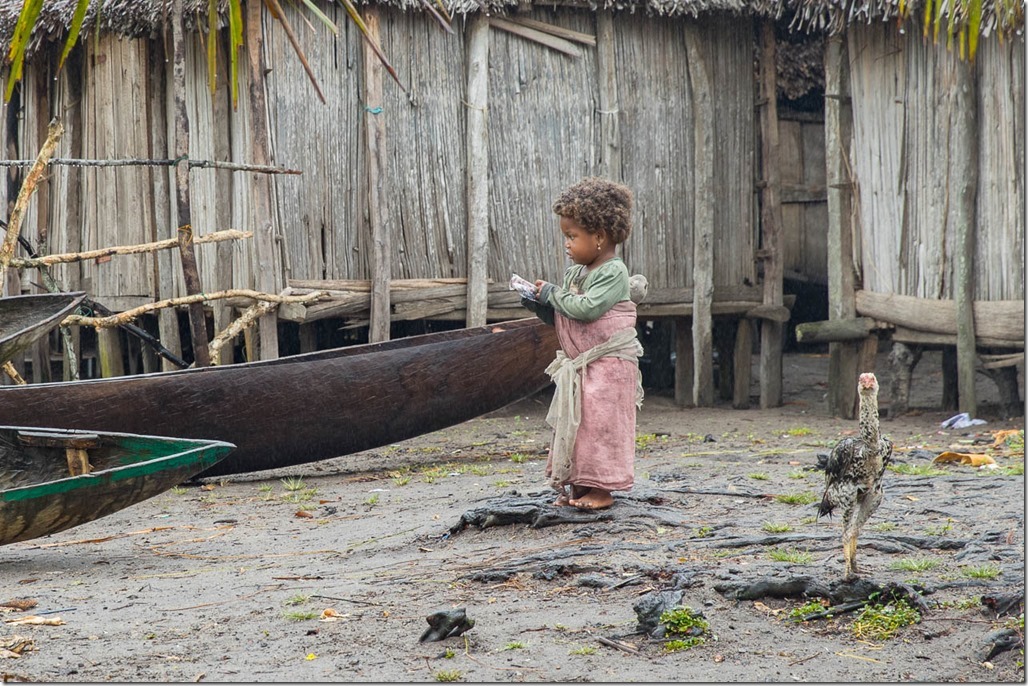 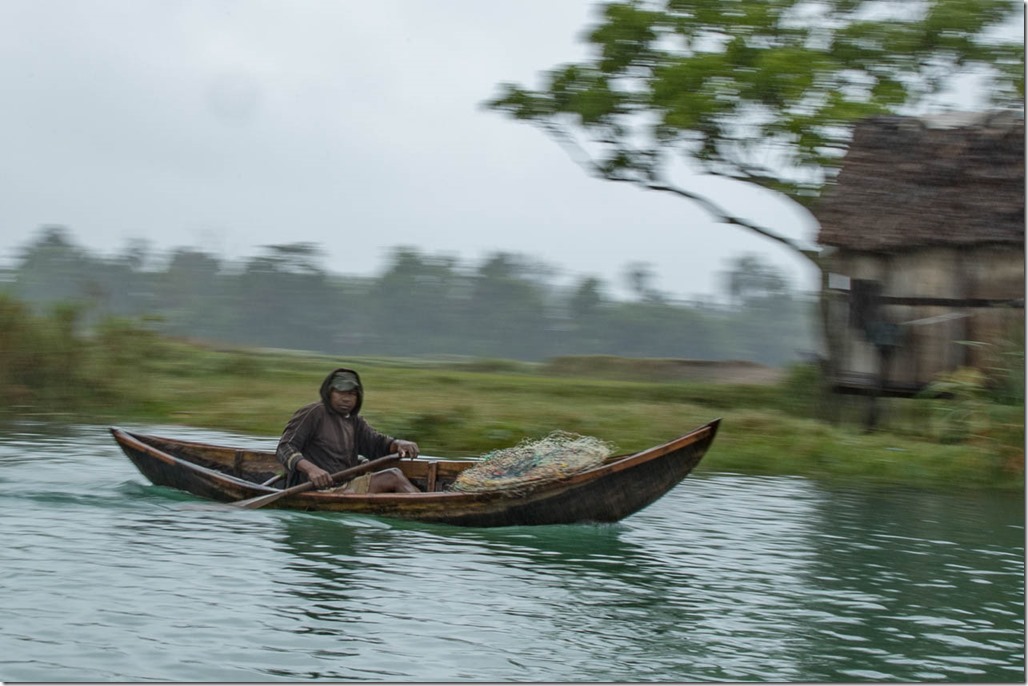 Today was a tricky day for our pilots. From Manakara we had 2 hours flight to Toamasina were refuelling was planed and from there another hour to Maroantsetra which is the entry point to the Masoala park. The tricky part was that the weather was not clear and they had to make a decision 60 miles before reaching Toamasina whether it was possible to land there or not as otherwise the fuel would have dropped below the emergency level in case we would have had to fly to an alternate airport. 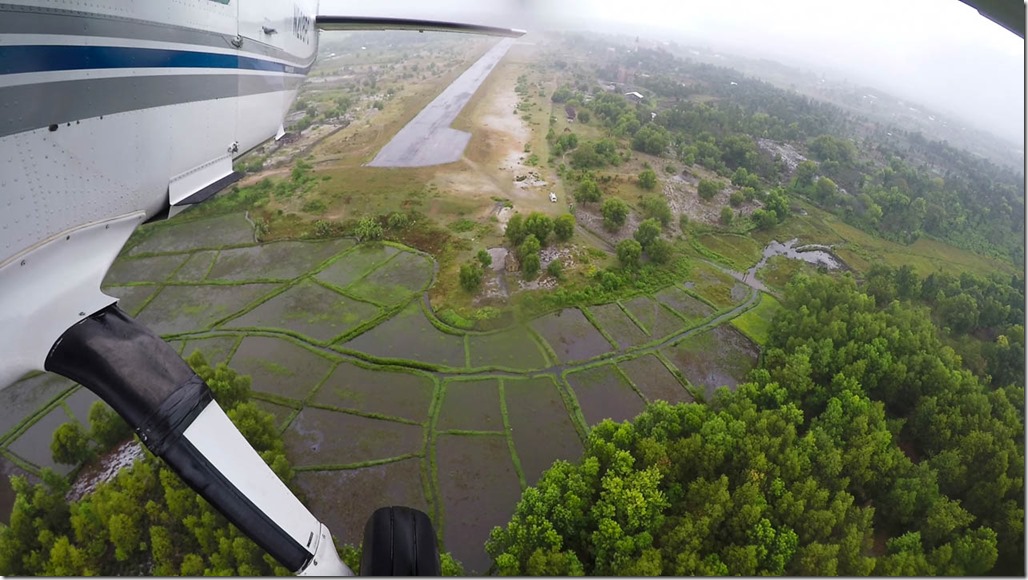 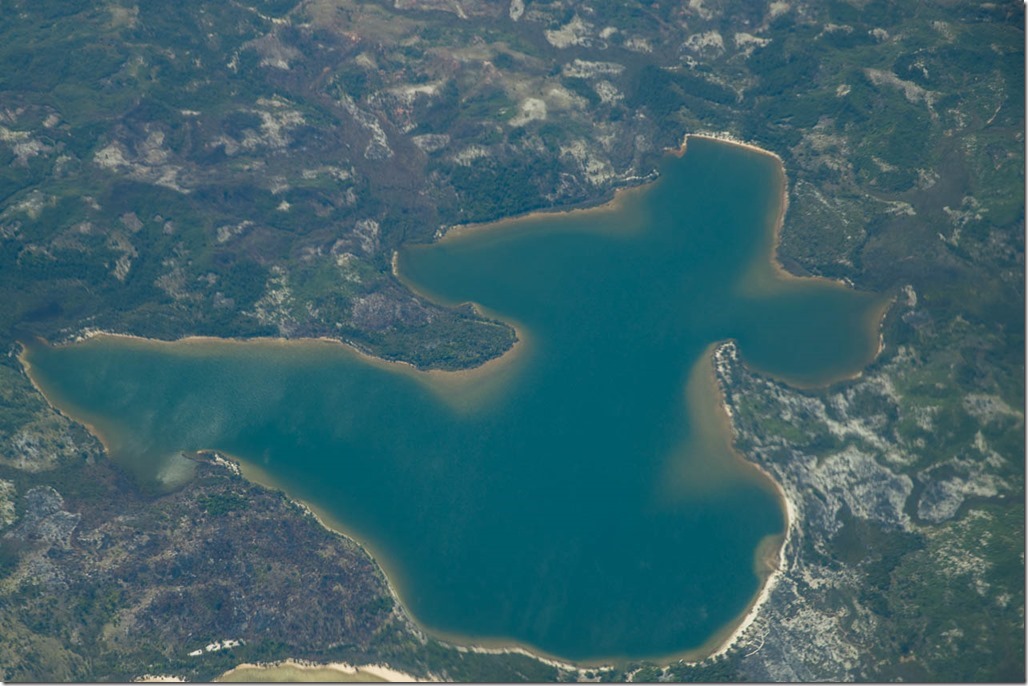 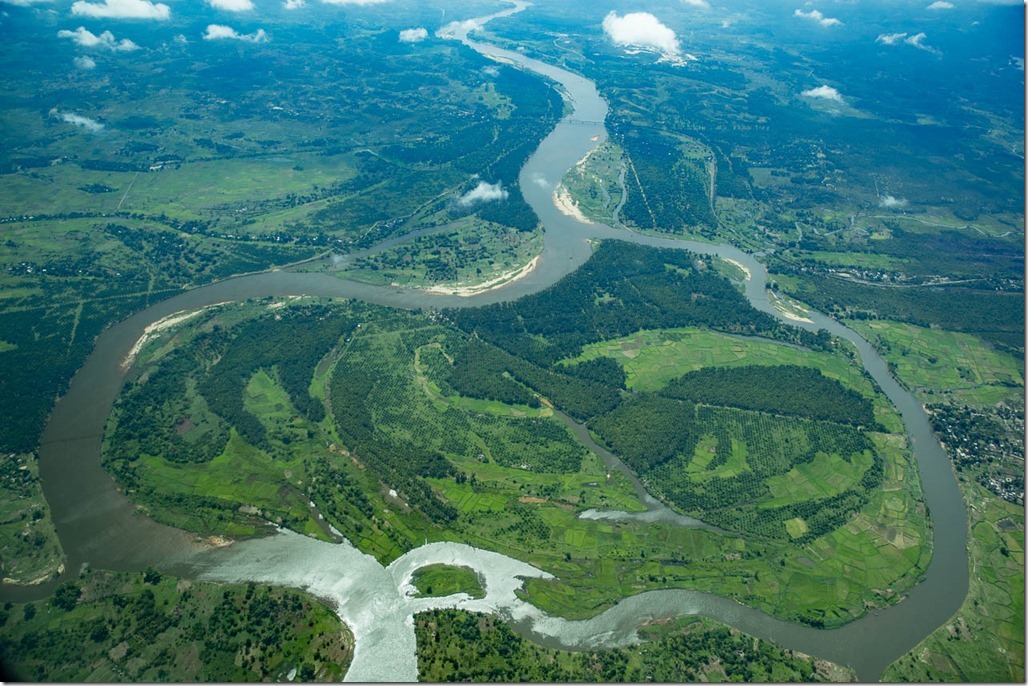 But the weather was perfectly fine and we could top up the fuel of our plane. 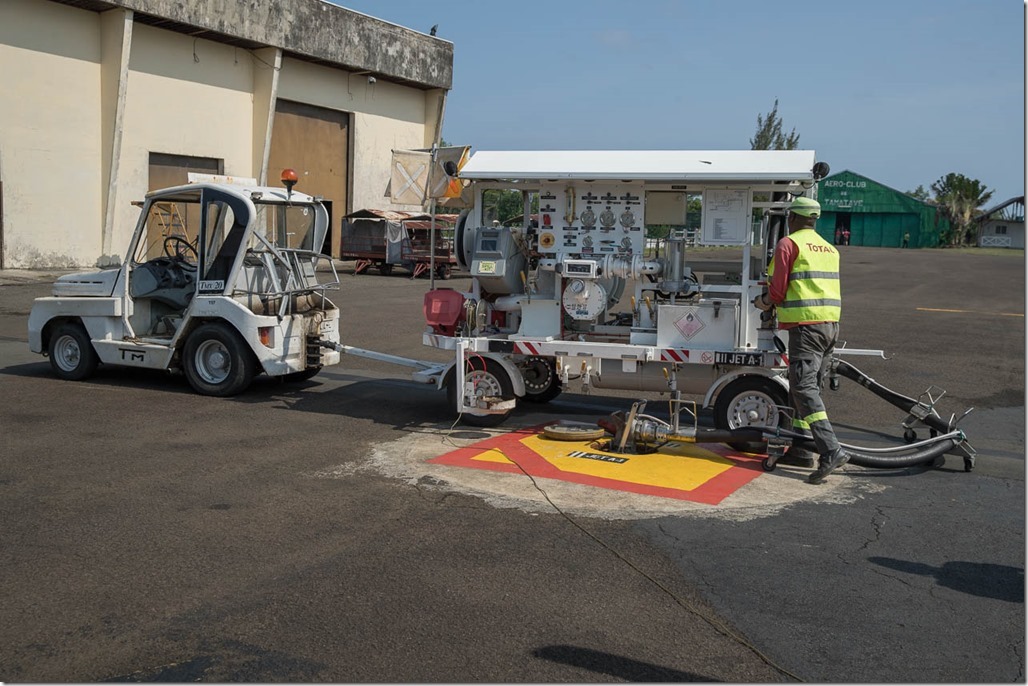 The second lag was shorter, more clouds and with enough fuel no problem even if it was not possible to land due to weather conditions. 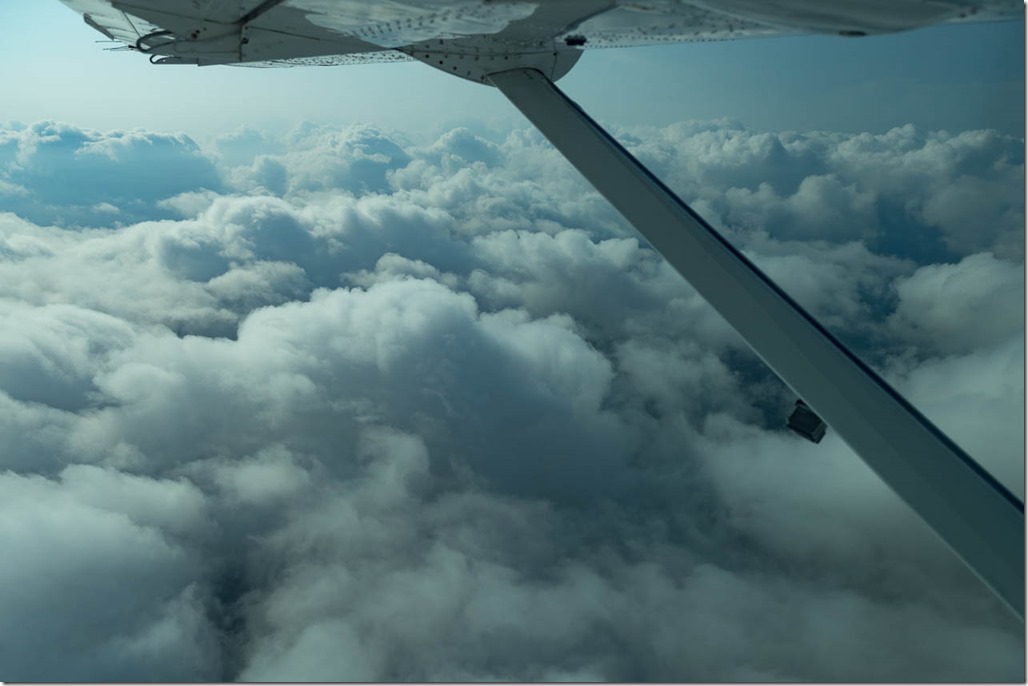 But no reason to worry as the visibility was ok. Sunset from the hotel. Tomorrow we will board a boat and go to the park from here. 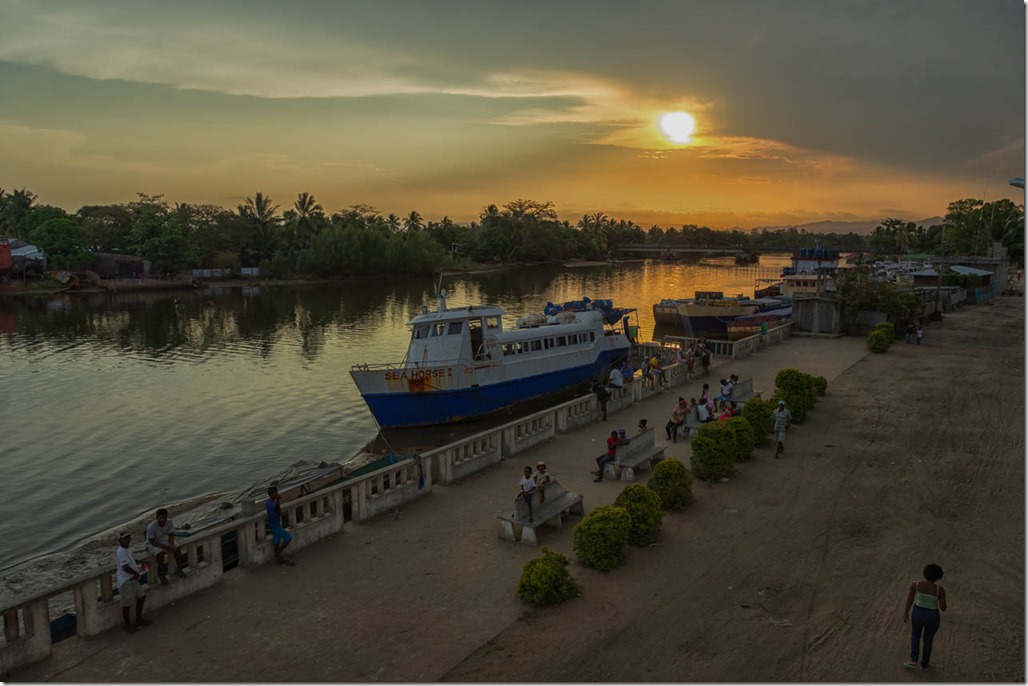