So we managed to get there, the Kidepo Valley National Park which is the most remote park in Uganda. You are sure to be off the beaten track here if something like that even exists anywhere in Uganda. And it is also very beautiful as Kidepo Valley was voted Africa’s third-best wilderness park in 2013 CNN Travel Awards. But that is something we wanted to discover ourselves.

After having digested the shock of our non-starting car at the park gate we first were checking out the landing strip of the park. It is even fenced so you don’t have giraffes showing up on the runway when you are about to land. To our surprises even immigration seems to be possible here which could come in very handy as the next airstrip in Kenya is only 100 km away. After the usual airstrip business with Georg was done it was about time to find something for the night. There are 3 or 4 options available in the park, even one which is 600$/night/person, but we picked the closest and cheapest lodge, which was also offering food and beer, which we considered at least as important as food

as with all the dust around you you are dehydrating fast and this has to be fixed at the end of the day. 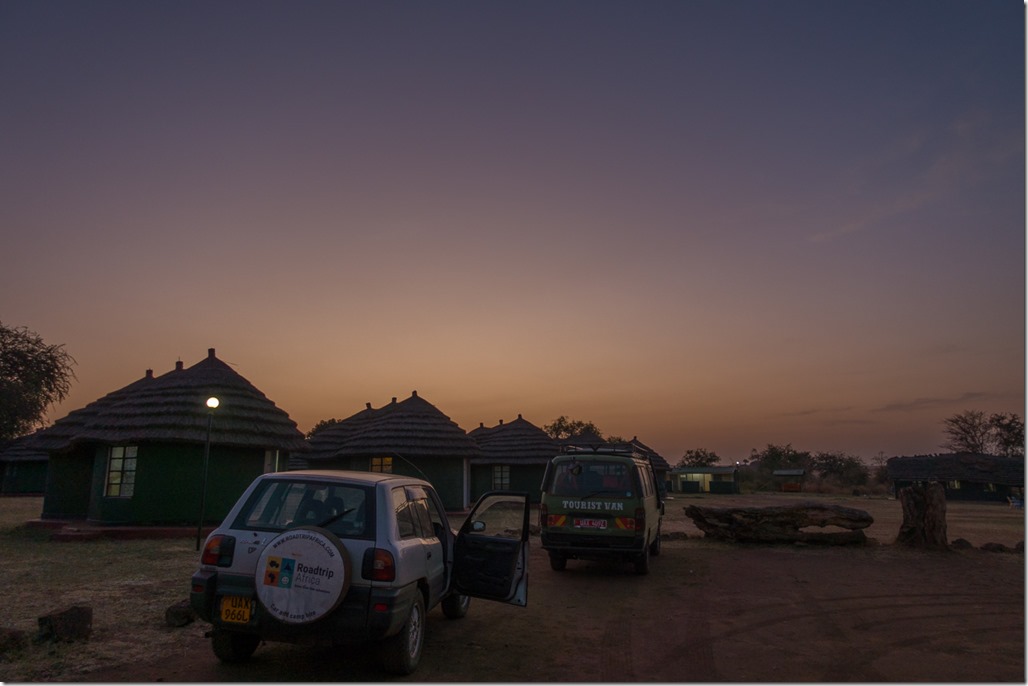 Anything else worth mentioning about our lodge? Yeah, maybe that it is not a fenced camp as you can see in most other parks. Fenced means that there is a (sometimes even electrified) fence around the camp which keeps wild animal from getting into the camp. And non-fenced means that those animals can go wherever they want. As you can see in the following picture the animals are using the “go wherever they want” option. This is not a cow but a wild buffalo and to be precise a so call “Dagga Boy” which is an old male not anymore following a herd and very well known of being unpredictable and of bad temper. Usually out in the field they are feared and avoided but this guy was happily grazing while we were eating lunch a few meters away … No reason to worry about. Warthogs were all over the place and coming so close that you could pat them and jackal were chasing each other through the camp. 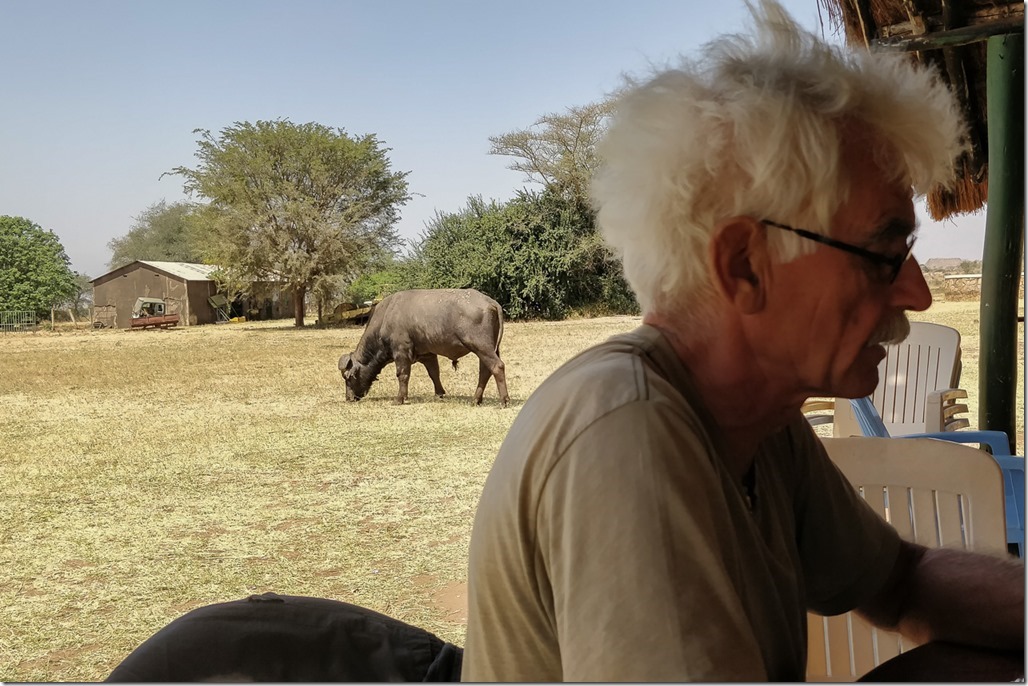 I was mentioning our fuel situation before. Up in the north of Uganda you don’t have a fuel station around every corner so our strategy was to top up the car whenever we possible. By now we had figured out that our car uses around 10l/100km and we were calculating how far we could go with our remaining fuel. It didn’t look good at all as we had forgotten to add the driving around in the park to our initial calculation. Either we got some additional fuel from somewhere or we were grounded the next day and could not do any further game drivers in the park. Luckily the chef of the kitchen knew somebody in the camp who was selling fuel and we got 20l. One of our empty water bottles was used to get the fuel into the car’s tank. So driving next day was possible again! 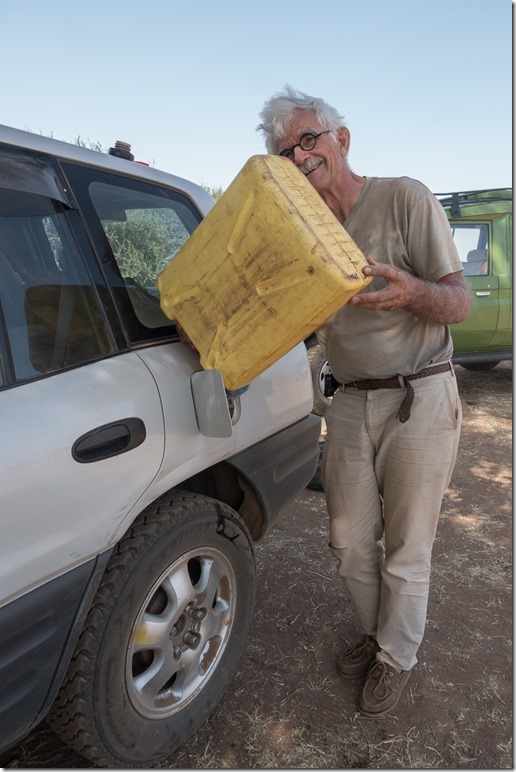 So far we have been going from one lodge to another, not cooking a single time and always sleeping in beds. This was about to change now! So we tried to cook some coffee for breakfast in order to check out our stuff before it would get serious. 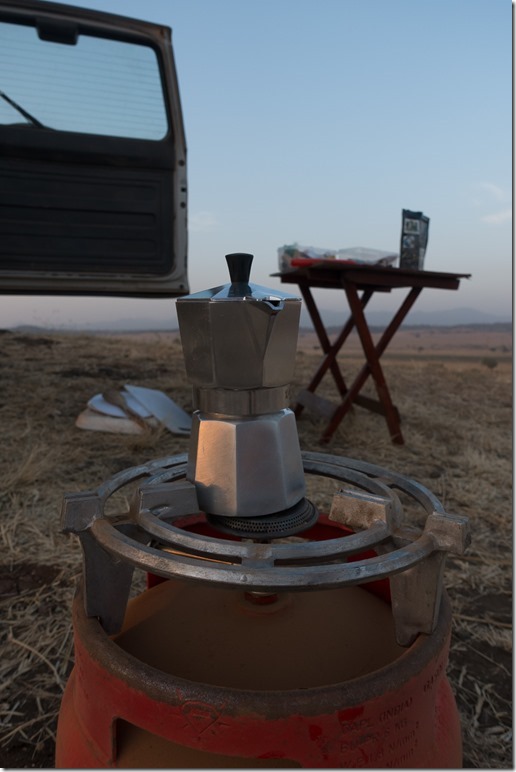 What makes Kidepo Valley park unique? Georg and me have been in many parks in different countries. All of them have a rather flat landscape, Kidepo does not. It is like a small valley where the bottom is much greener then the upper parts. This gives you a unique view from small hills around and the animals tend to prefer the greener areas. 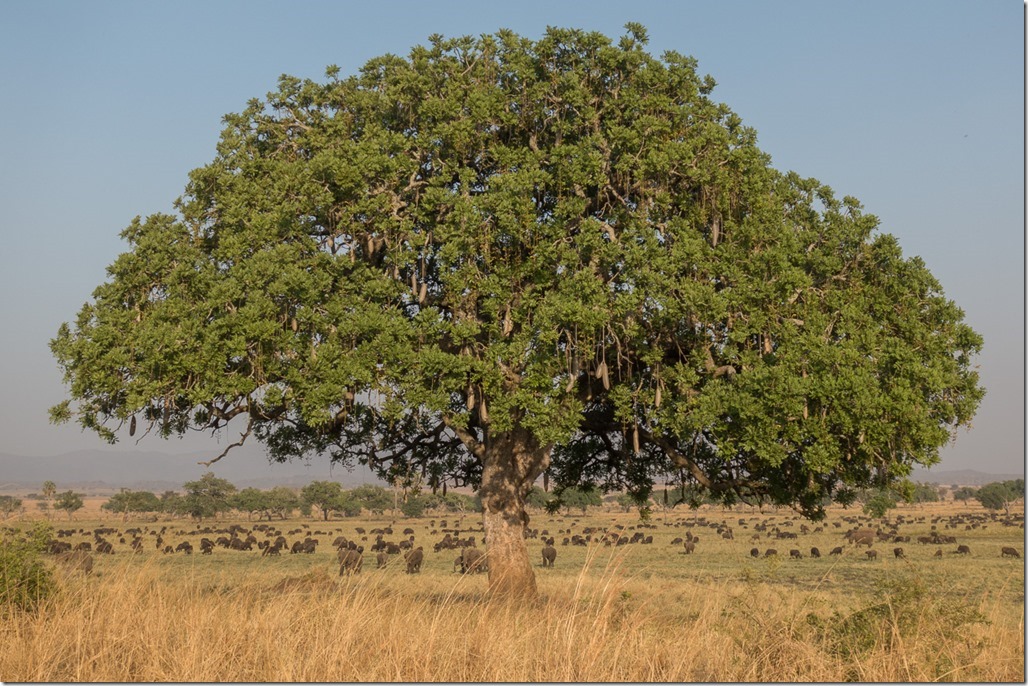 We could see a huge herd of buffalos. There were so many that you could not count them but our guess was at least 1000. I have never seen so many in one place. 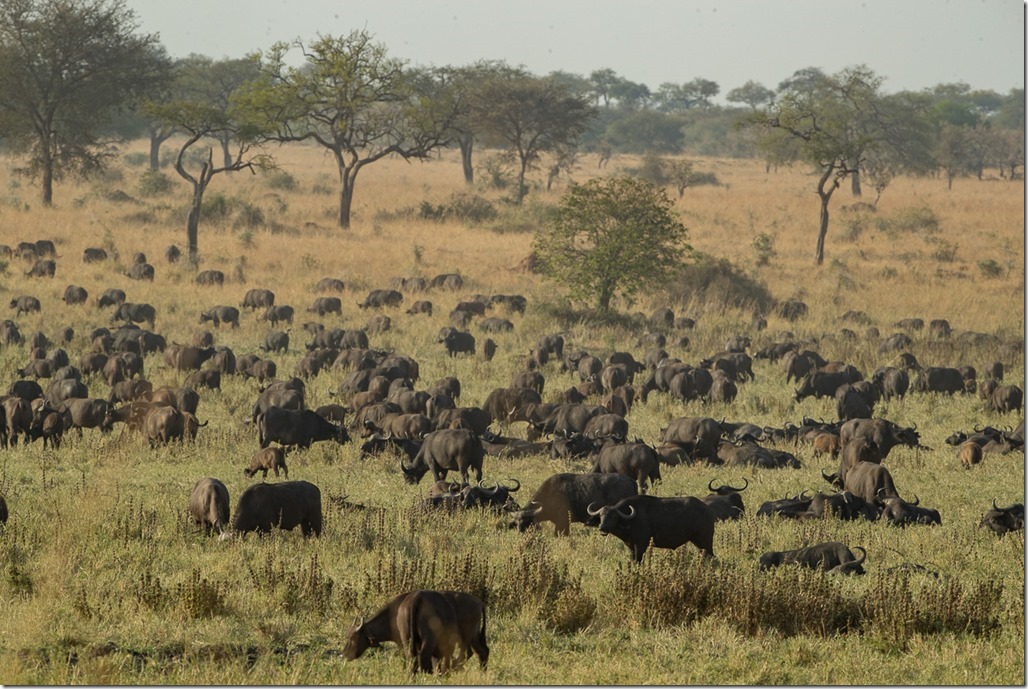 Within all the buffalos you could also find quite a number of elephants. 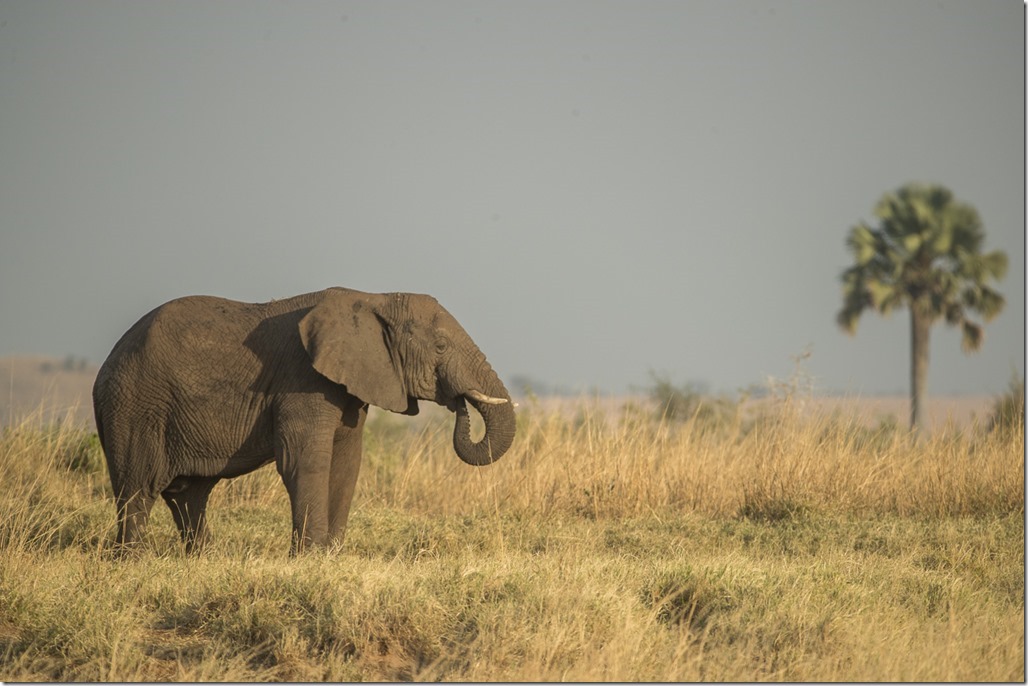 Everything was so peaceful in the evening sun. 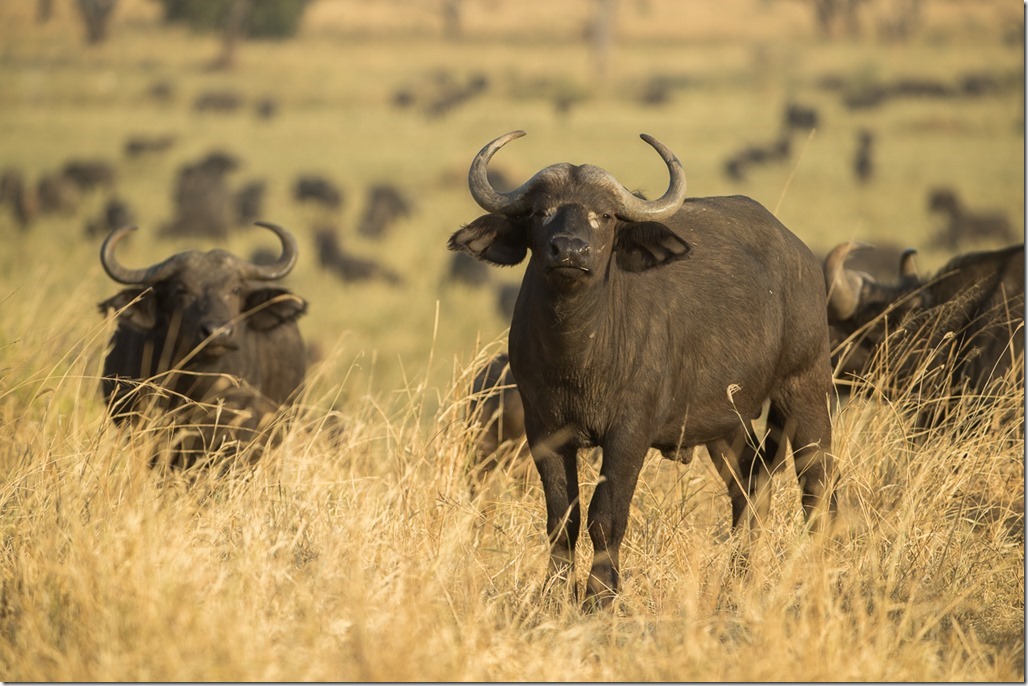 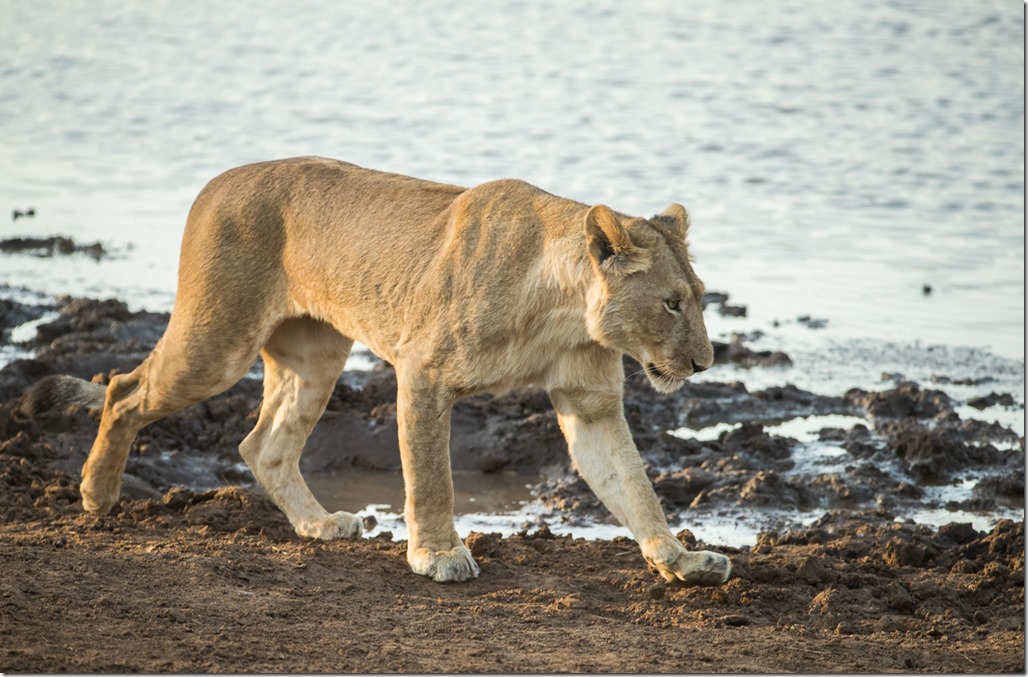 … and not yet ready for action. Or maybe this young male wasn’t yet powerful enough to get a buffalo kill. 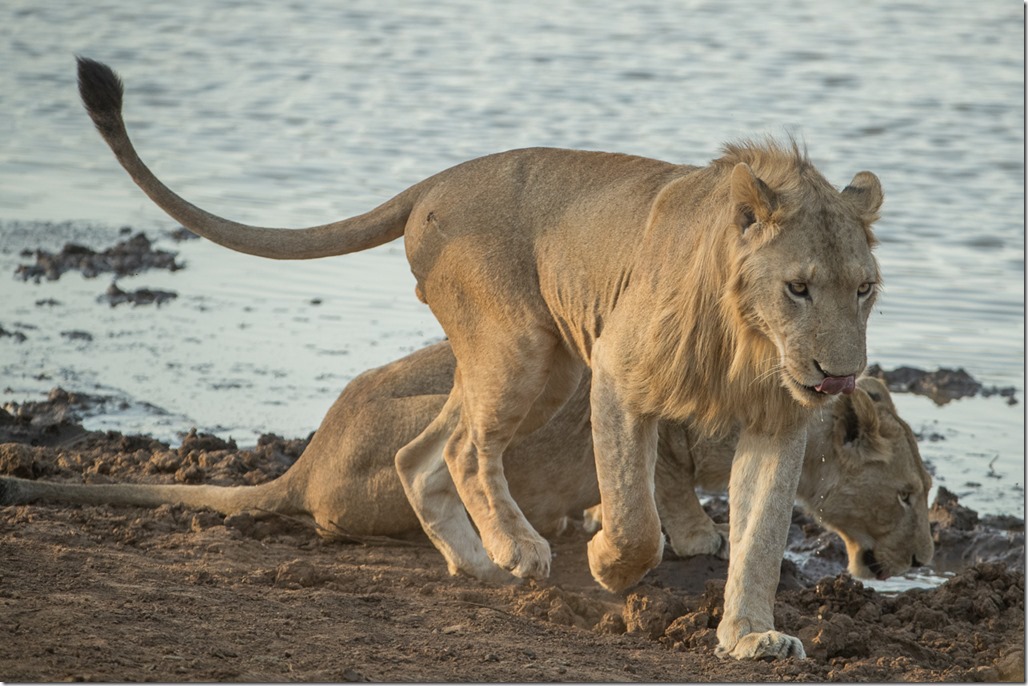 I also saw a roller on the ground which is kind of unusual as they usually prefer the highest branch of a tree. 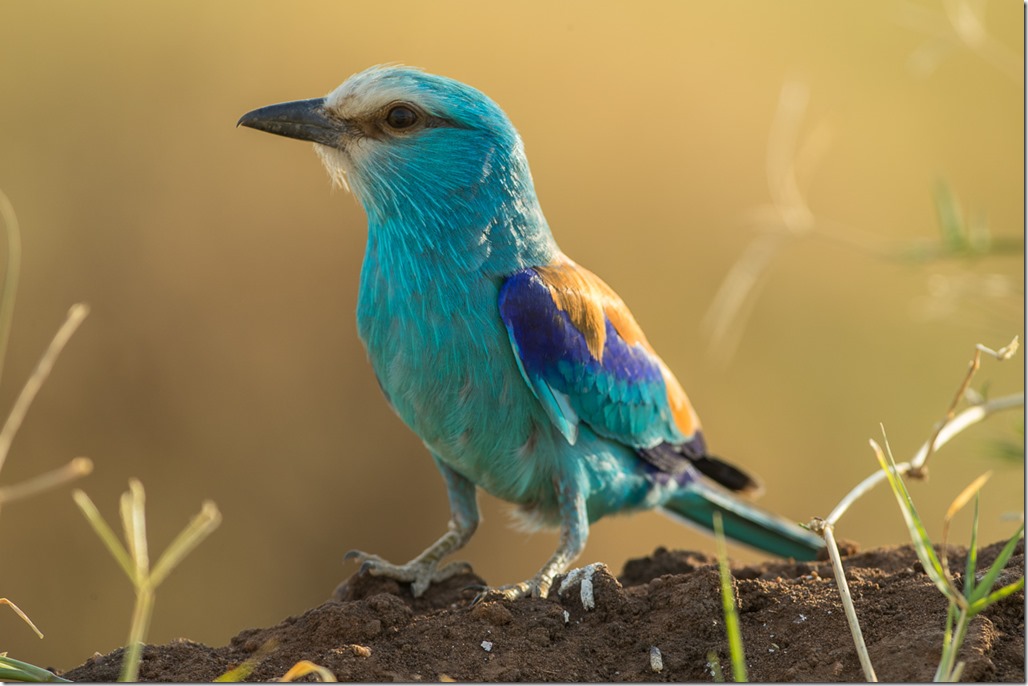 And last but not least some Drongos giving an eagle a hard time. 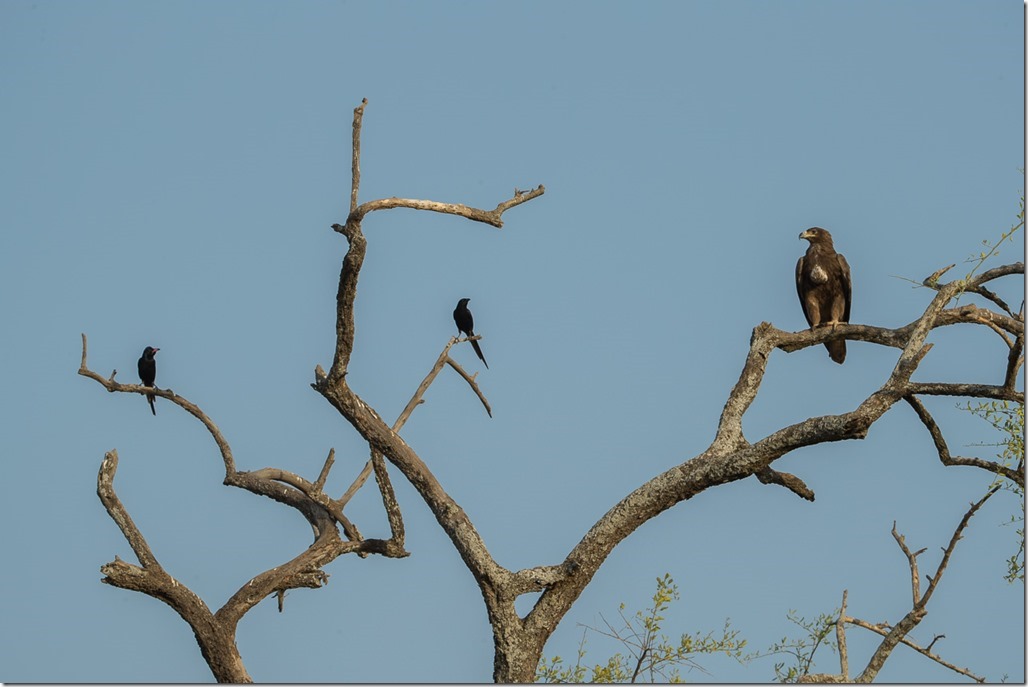 But he was not impressed at all. Bugger off! 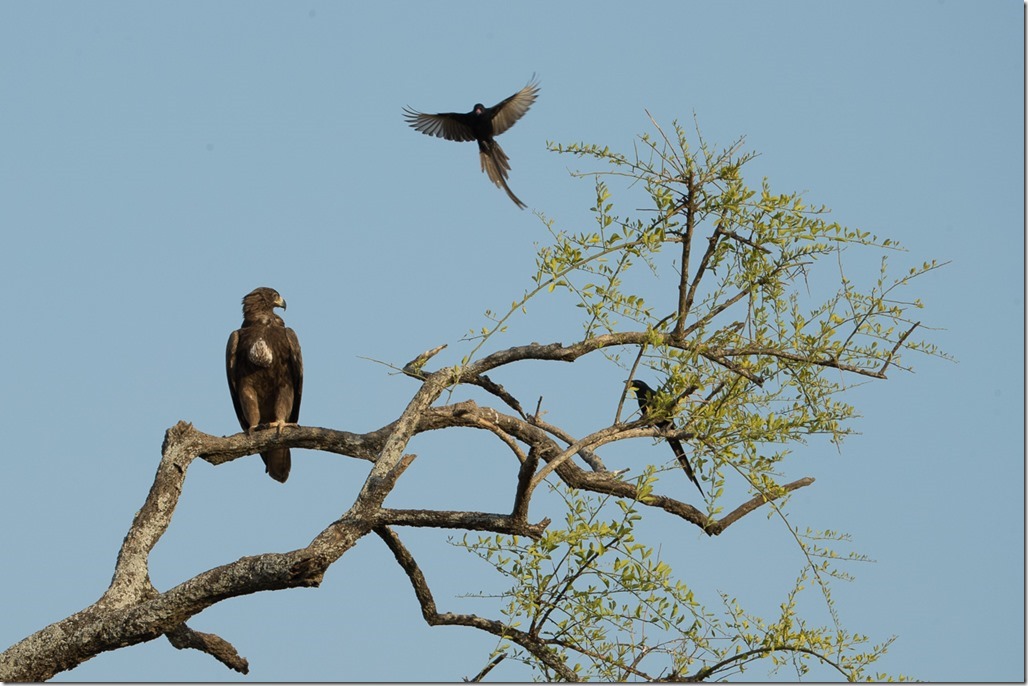 Now let’s have a look at the landscape of the park. 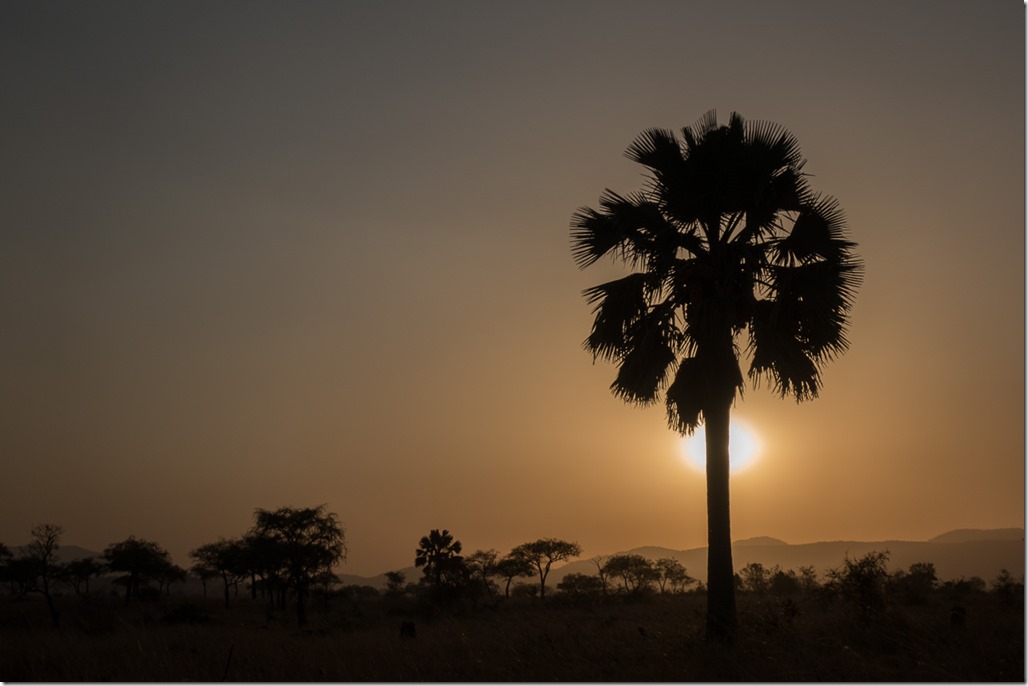 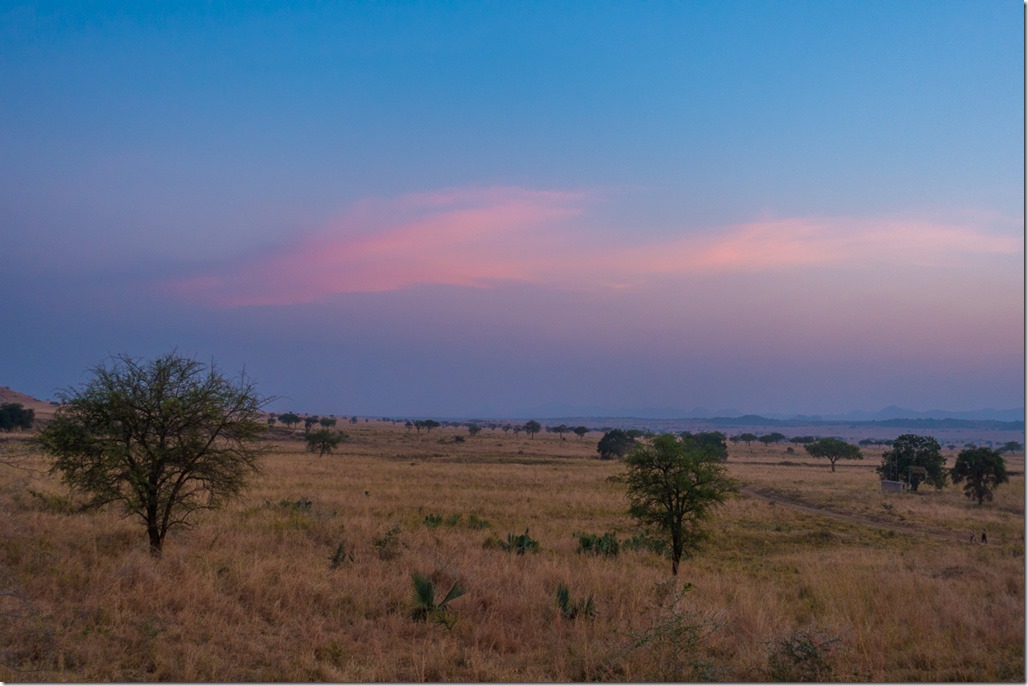 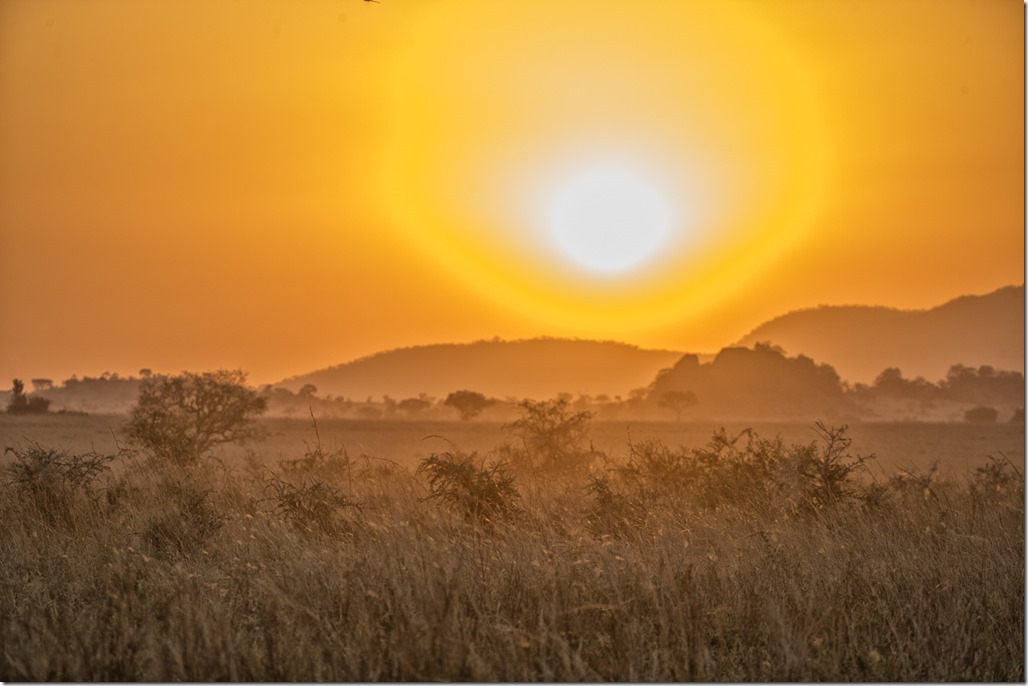 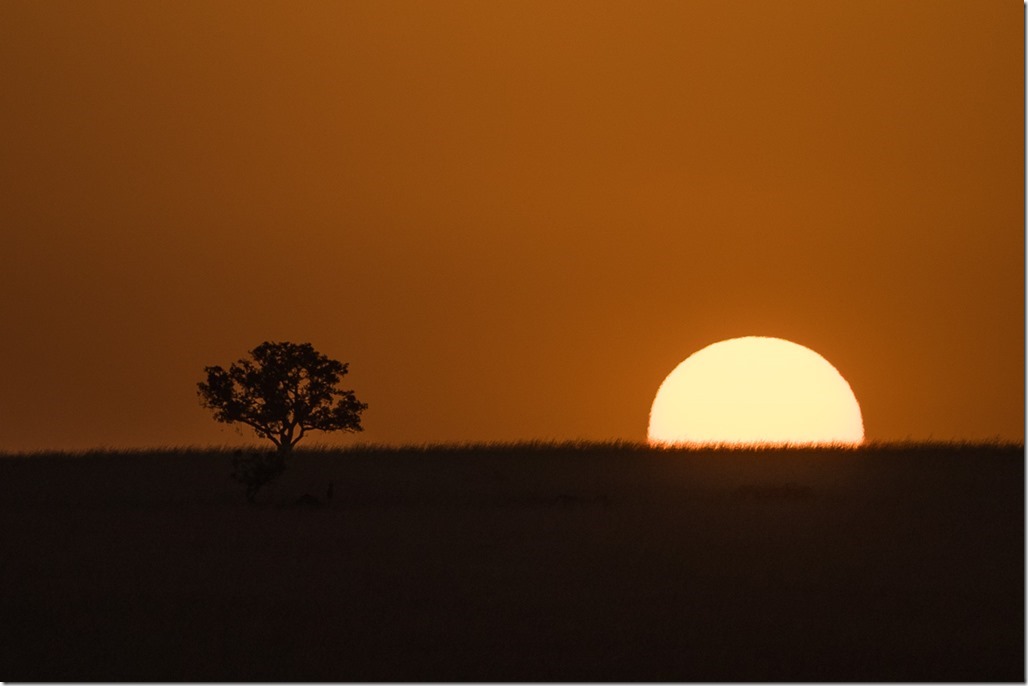 Buffalos coming down from a hill into the valley. 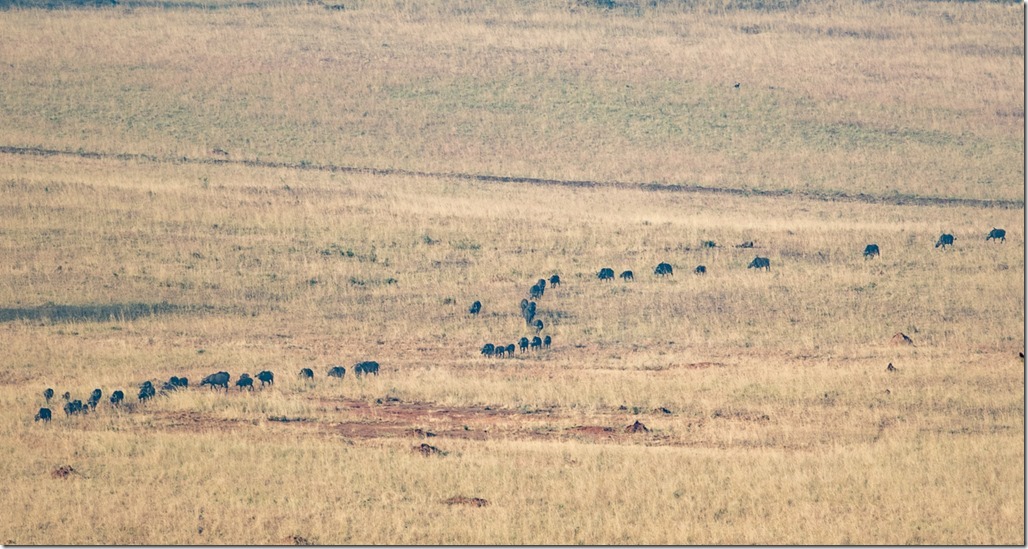 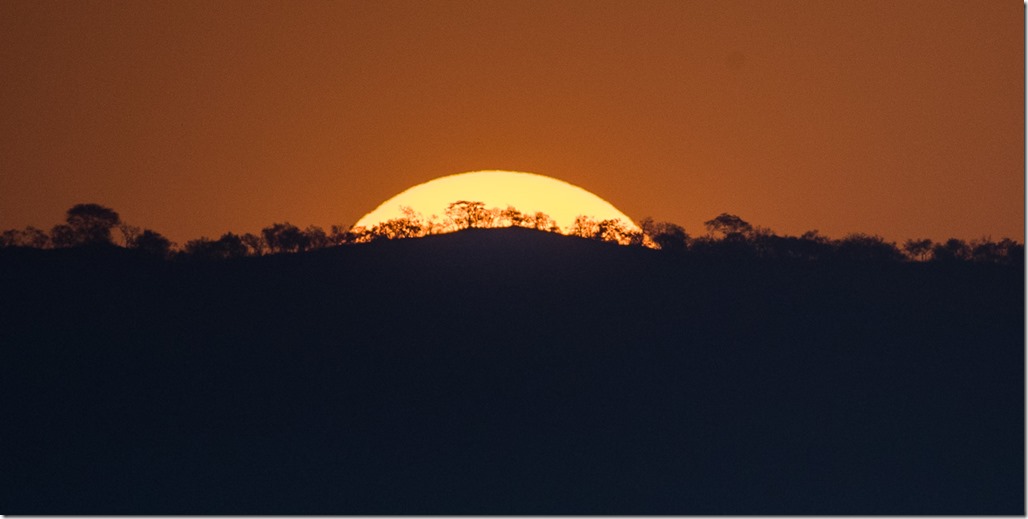 Shortly before sunrise from our camping spot. 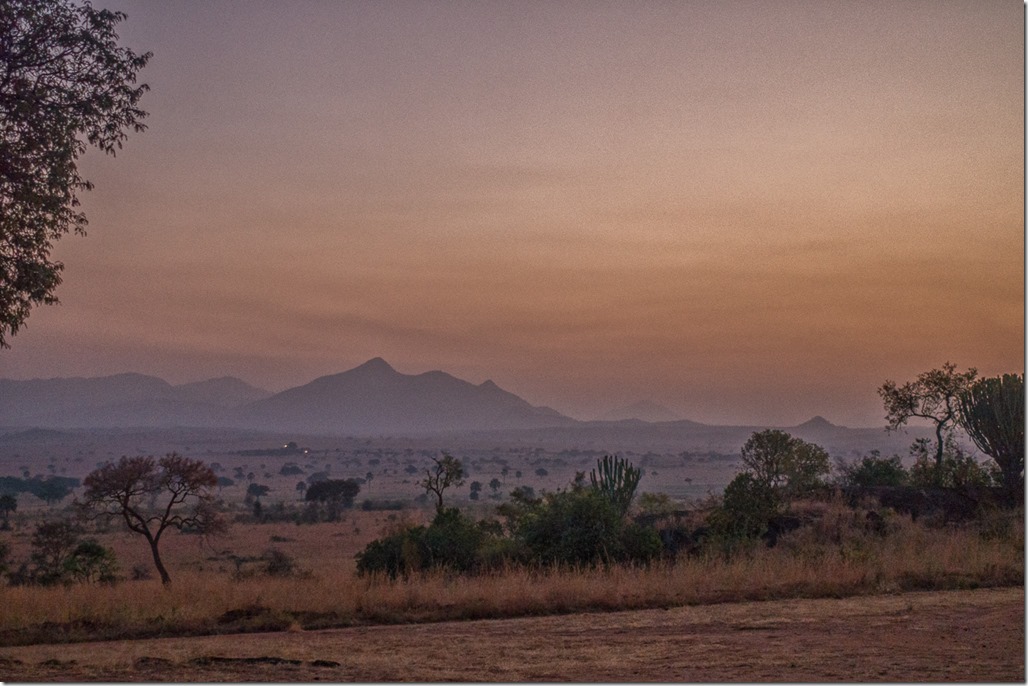 A sausage tree. You’d better make sure you are never camping below such a tree as the fruits are pretty heavy and would give a rather negative experience if case you have a direct contact with one of them. 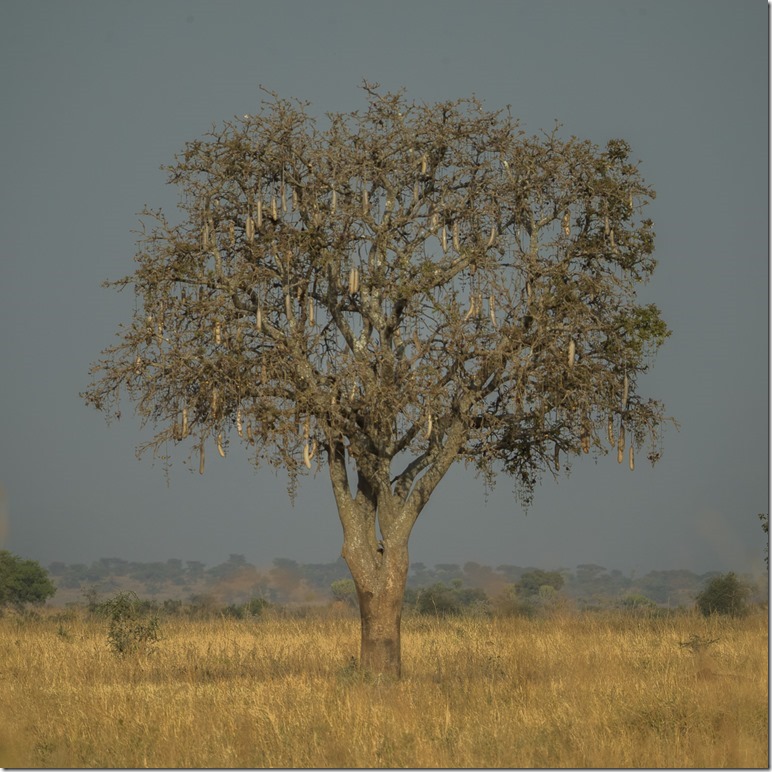 Some warthogs blocking the road. 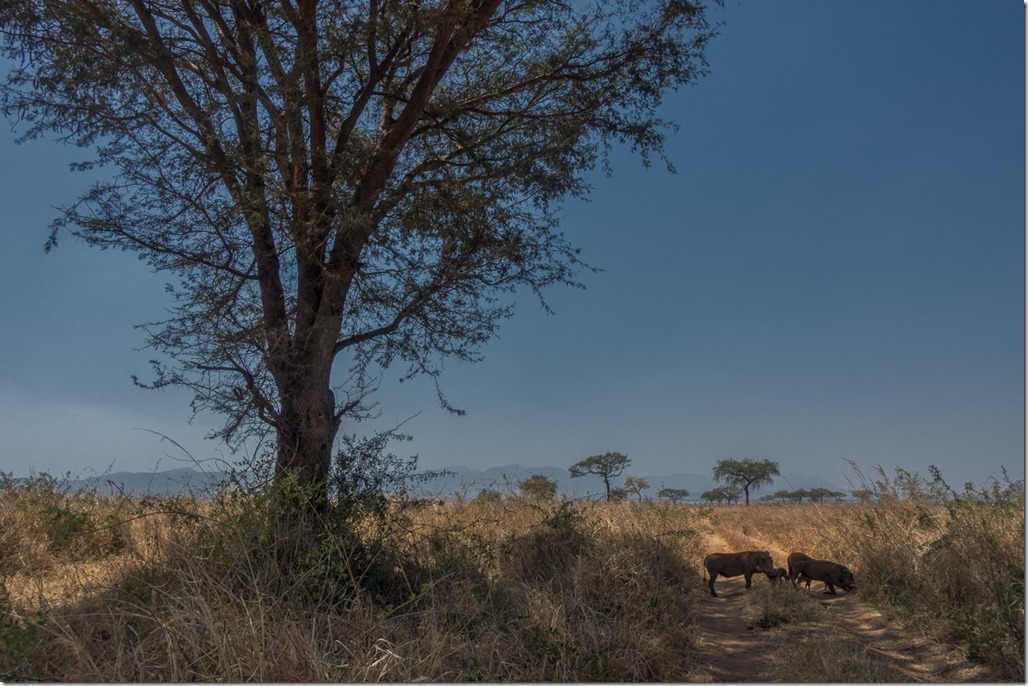 After spending the first night in the park in a hut in a camp we decided that it was time to test our camping gear and also our cooking skills. During the day we checked out two camp sites within the park and we eventually decided on the one which is closer to the place were you can usually see all the animals. Of course there is no fence around this camp and no guards with rifles either so you better make sure there is no polar bear behind the bush. This campsite had even showers! 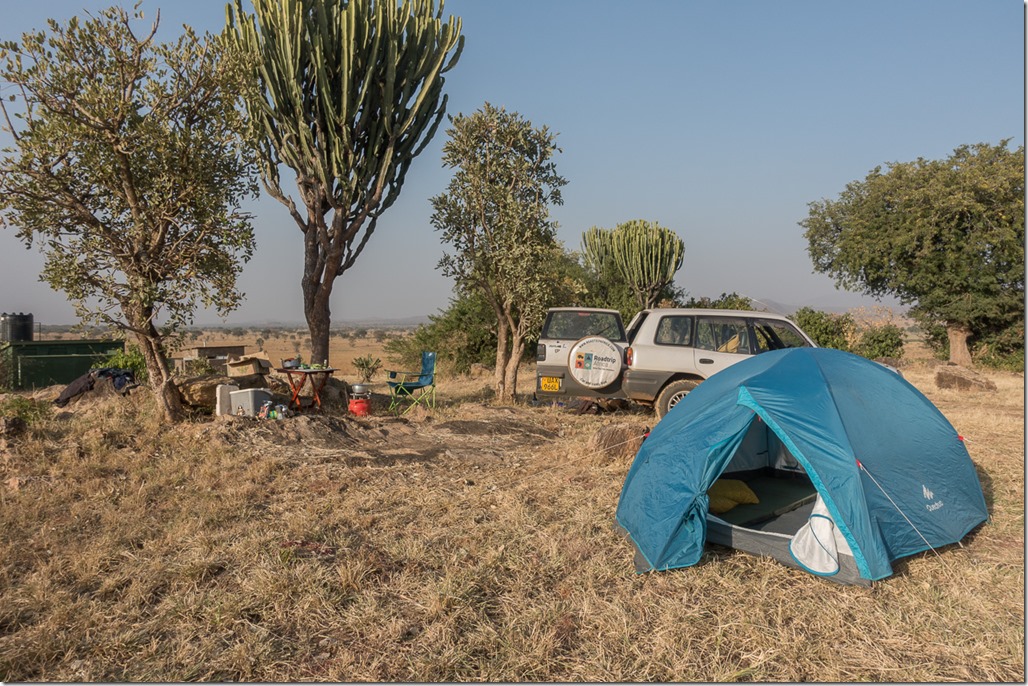 After the tent was setup it was washing time: Wash your cloths. And the natural tumbler gets your things dried in less than two hours. 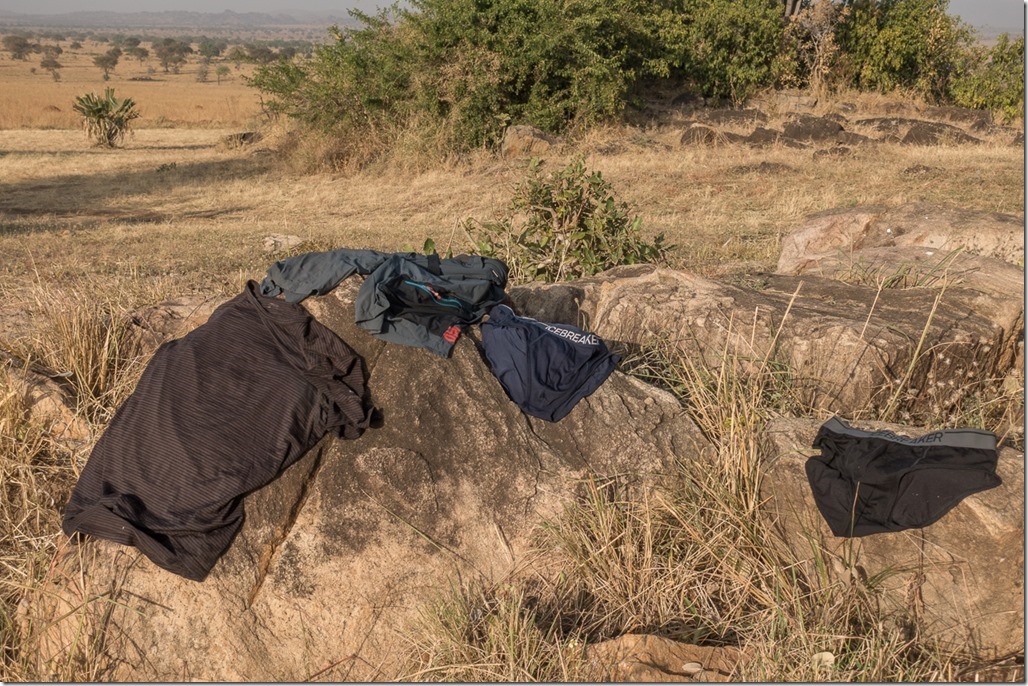 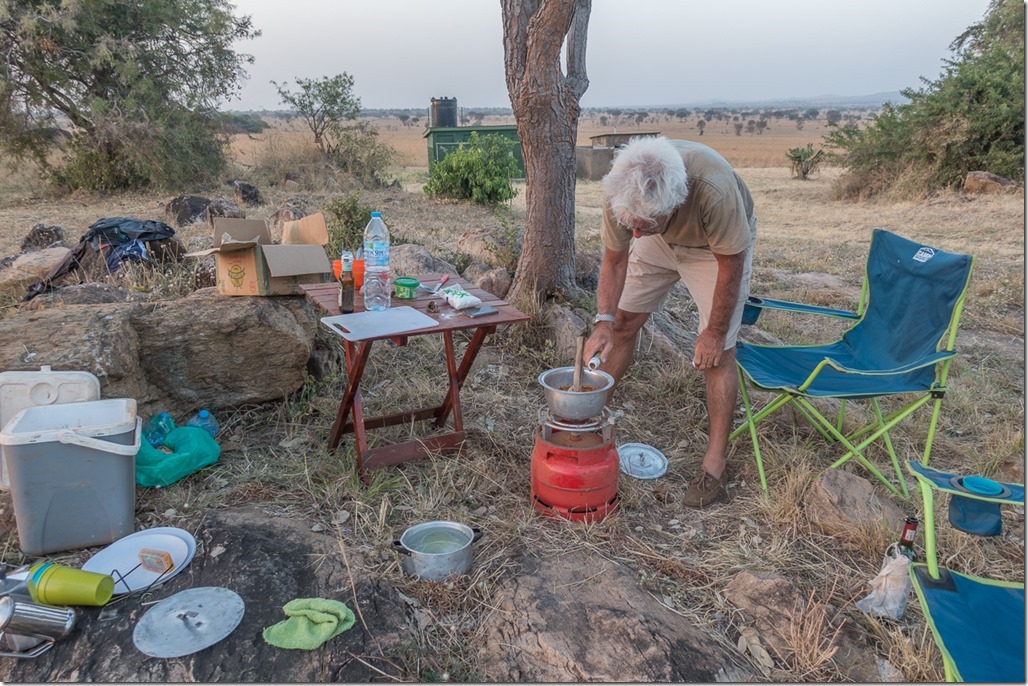 The result was very delicious! Big cheers to Georg’s outdoor cooking skills. I was more of a supporting role meaning eating all the pasta! 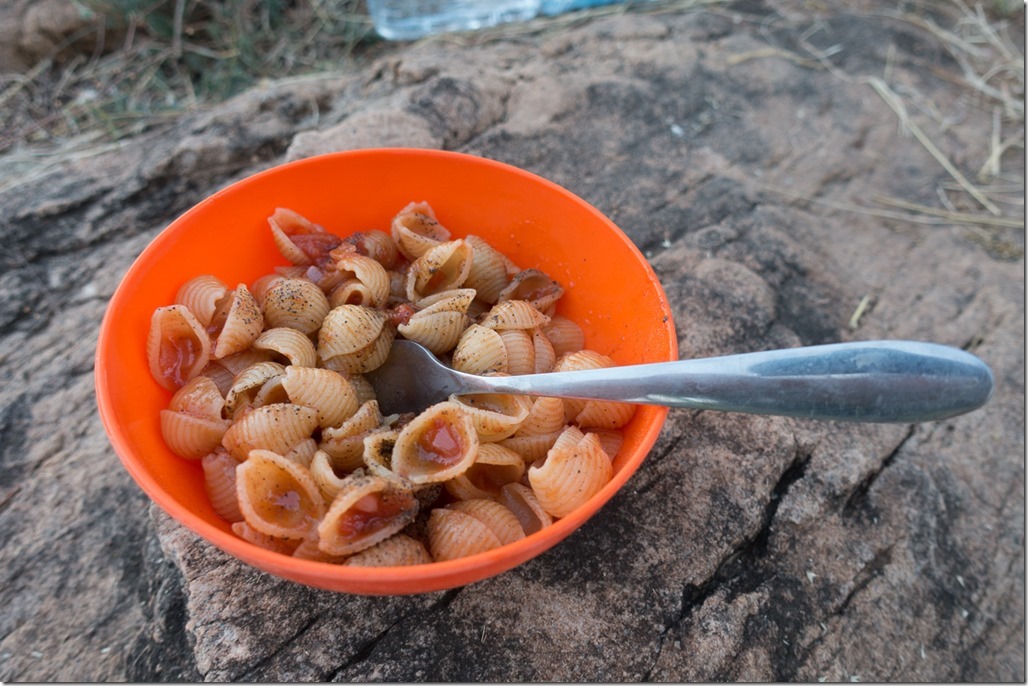 While all this happened you could watch elephant’s passing by. 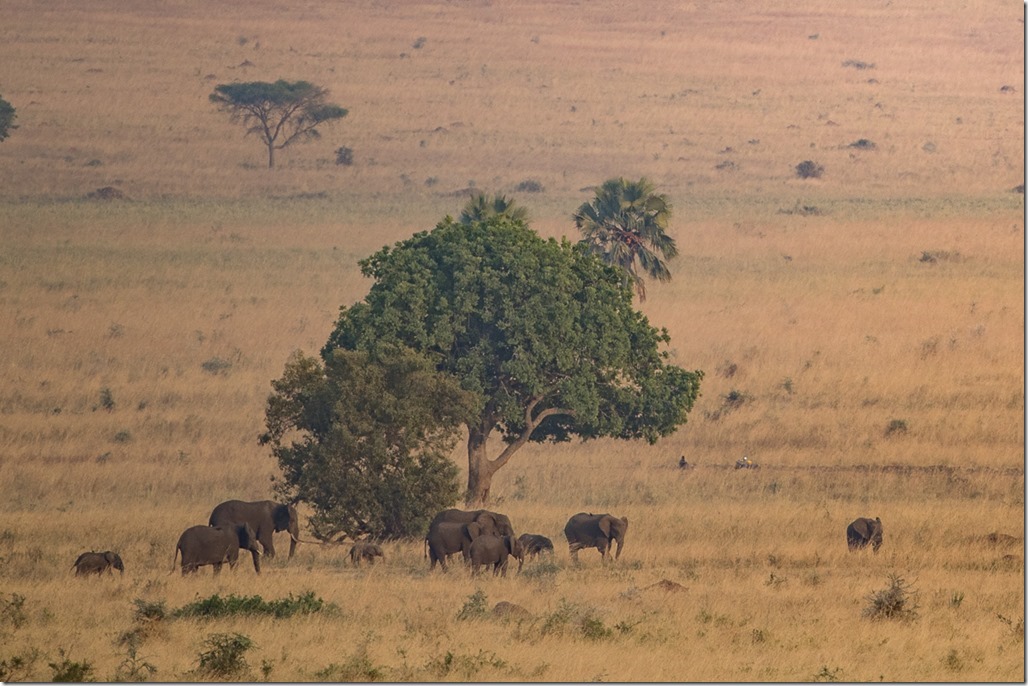 As the night was setting we started to prepare our second round: 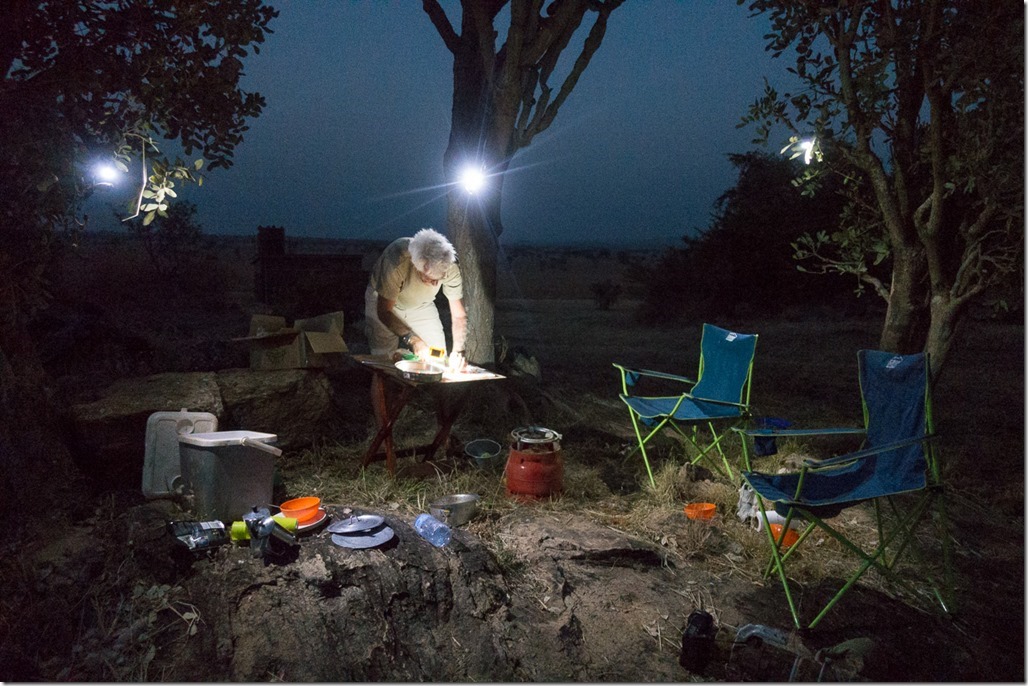 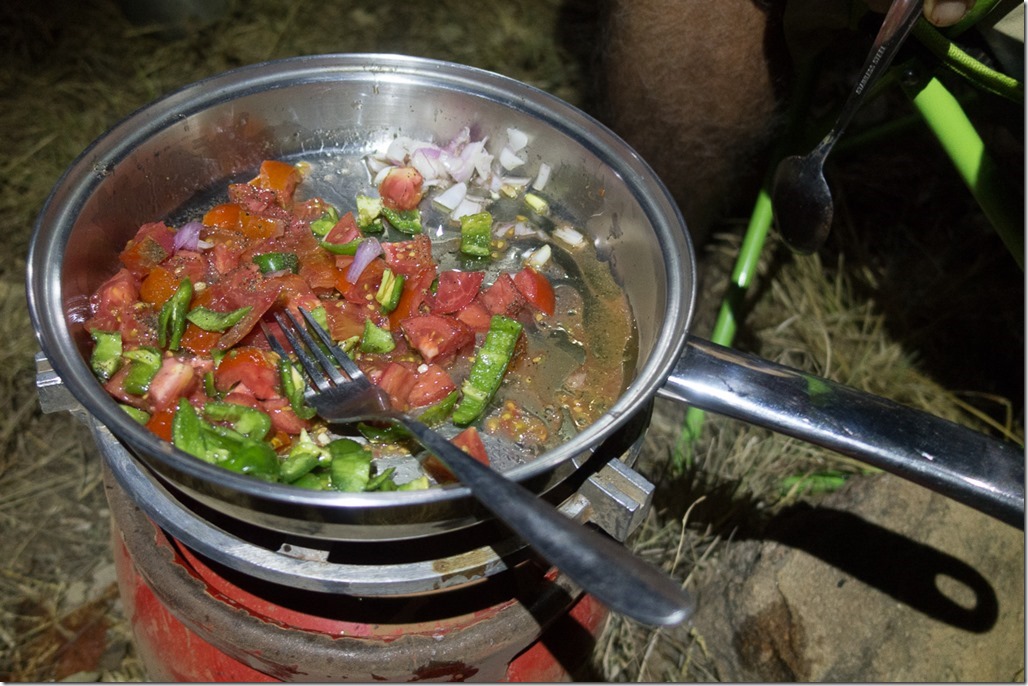 Technically not a landscape but pretty similar. I have to admit it is not really as good as the landscape in the park but  I didn’t want to spend too much time out in the dark taking pictures…. 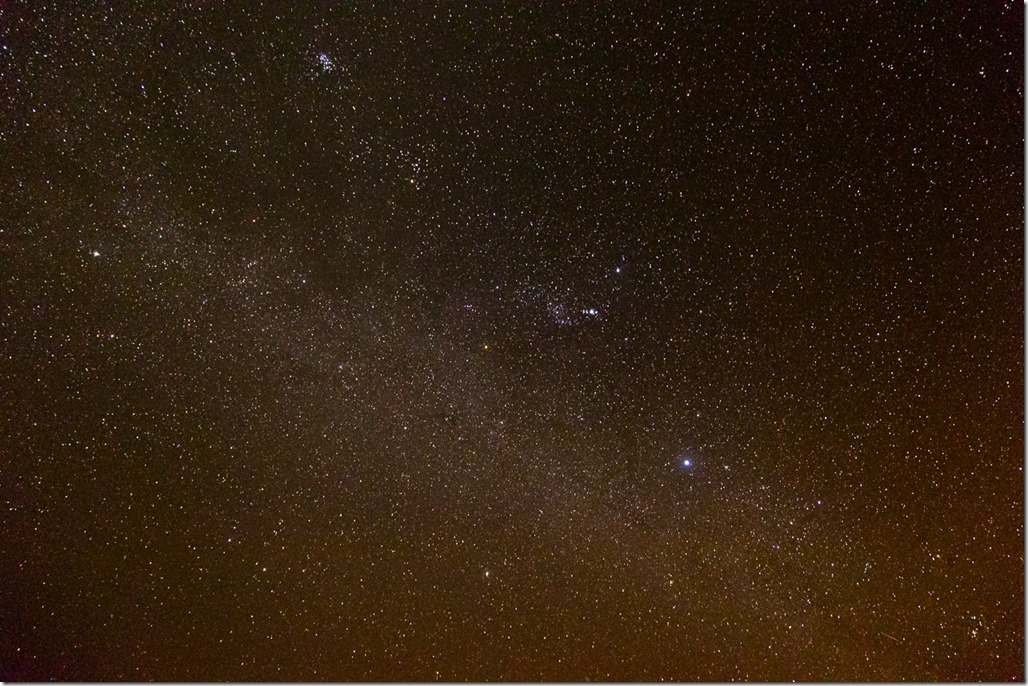 The fact that I am writing this blog means we have survived the night in our tent. The night was very calm with no big things happening except one: We had packed everything in our car before going to sleep except the dirty dishes. And now, guess what? At some point you could hear the sound of something working on our dishes. Schepper, Schepper… as it didn’t stop we were using our headlights to check out what was there. Some small creature of maybe 50cm was working on our dishes. It immediately disappeared into the dark when we used our lights. Good, problem solved! No, the sound was back five minutes later, so I got out of the tent and moved all the dishes into the car. After that we could sleep for the whole night without any further interruption.

After two days in Kidepo Valley we decided to move again to the South. Our target was the Murchison Falls where the Victorian Nile is flowing through a very narrow gorge and creating a dramatic scenery. But that it is another story for another day.